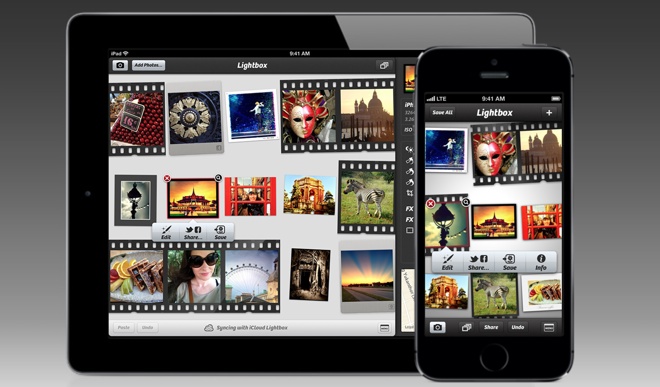 My favorite iPhone photography application, Camera+ by a developer called Tap tap tap, has received a few very nice additions ahead of an upcoming iOS 8 update.

Camera+ 5.2, a free update for existing users, contains several bug fixes while introducing a new adjustment to the Vignette effect, improvements to the Soft Focus and Film Grain effects and the Clarity Pro feature and more.

The new adjustment added to the Vignette effect in The Lab finally lets you customize the effect intensity and vignette size.

Next, some improvements made to the Soft Focus and Film Grain filters should yield more realistic results. Besides, Clarity Pro is no longer acting up: under certain circumstances, low intensity levels could get inappropriately boosted. 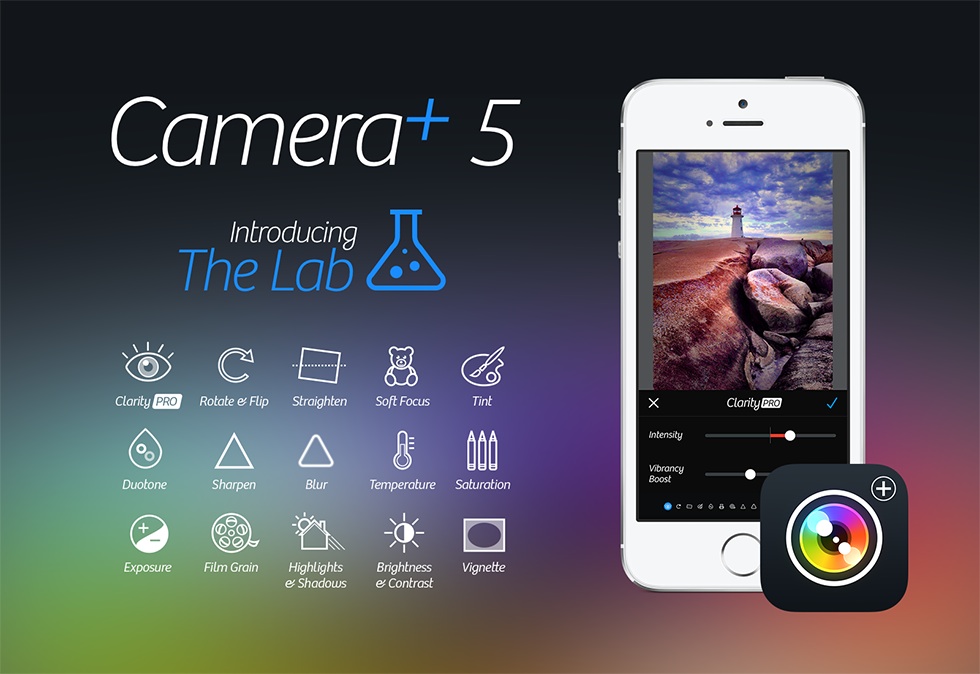 Clarity Pro is my favorite filter in Camera+.

It only takes a touch of a finger to tell Clarity Pro to analyze your image and apply the right set of effects to make the photo look best.

And as mentioned before, broken Flickr sharing has been fixed and now works without a hiccup. Developers even joked about Yahoo’s API change which broke Flickr access in Camera+. 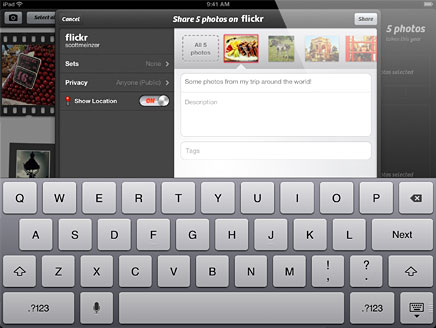 “We tried contacting Marissa Mayer so that we could get a bit of a head’s-up when something like this happens again in the future,” release notes read.

“Unfortunately, she’s hunkered-down somewhere in Texas in a bunker with a cache of assault rifles, so she couldn’t be reached for comment,” they added.

On the iOS 8 front, the team had nothing new to report other than tease “some cool, new things” in Camera+ for iOS 8.

“We’ve been slaving away at it since Apple announced iOS 8 and we’re sure you’re going to enjoy using it as much as we’re enjoying creating it for you,” the team wrote.

I’m very much looking forward to seeing how iOS 8 will improve iPhone and iPad photography apps. 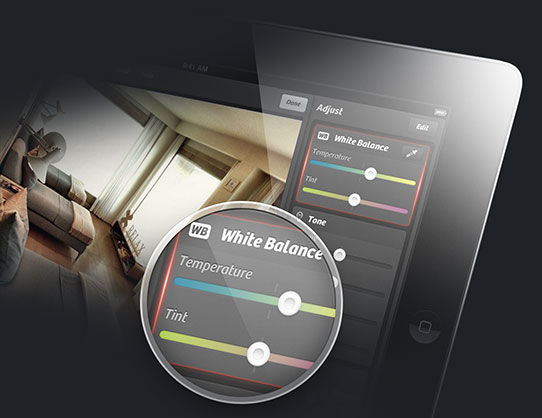 Thanks to App Extensions, one of the many new features for developers in iOS 8, makers of photography and image editing apps can extend custom functionality and content beyond their apps and make it available system-wide.

In turn, apps like Camera+ will be able to share to custom services out of the box, freeing developers from having to waste their time implementing custom sharing features.

Action Extensions, also available from Share Sheets, will make it easy to manipulate or view content within the context of another app. Also, apps can now write and make changes to your photo library.

But most importantly, software like Camera+ can take advantage of the Photo Editing extensions to provide their own functionality right inside the stock Photos app, with non-destructive editing, branded user interface and more.