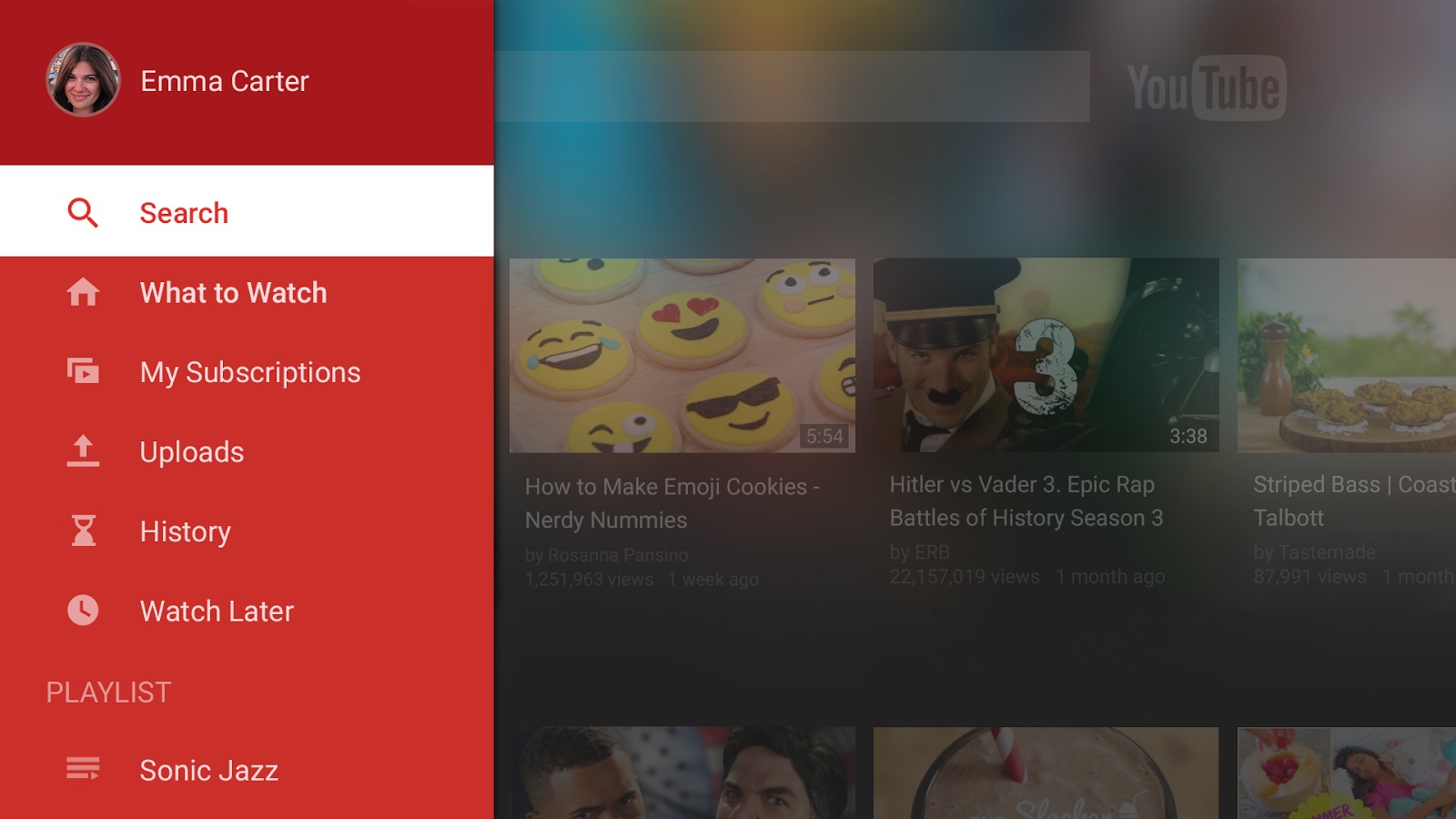 Google’s YouTube is putting finishing touches on an overhauled TV experience that will soon start rolling out to popular gaming consoles such as Microsoft’s Xbox One and media-streaming boxes like the Roku (and, presumably, to the Apple TV as well).

The redesigned YouTube app on TV makes it easier to find what you want through Guide, says Google, and it brings all the playlists, shelves and branding from channels.

Jump past the fold for pretty screenshots and full reveal…

An Epic Rap Battle of History looks even more epic on the big screen, but finding the battle you want on your TV can take longer than it took Wallace to layeth the smackdown on Washington because of all the clicking around you have to do.

You guessed right — the revamped web app strives to get rid of “all the clicking around you have to do”.

The new app has already started with the Xbox One, the team said, and will be rolling out to “other streaming devices” in the following weeks. 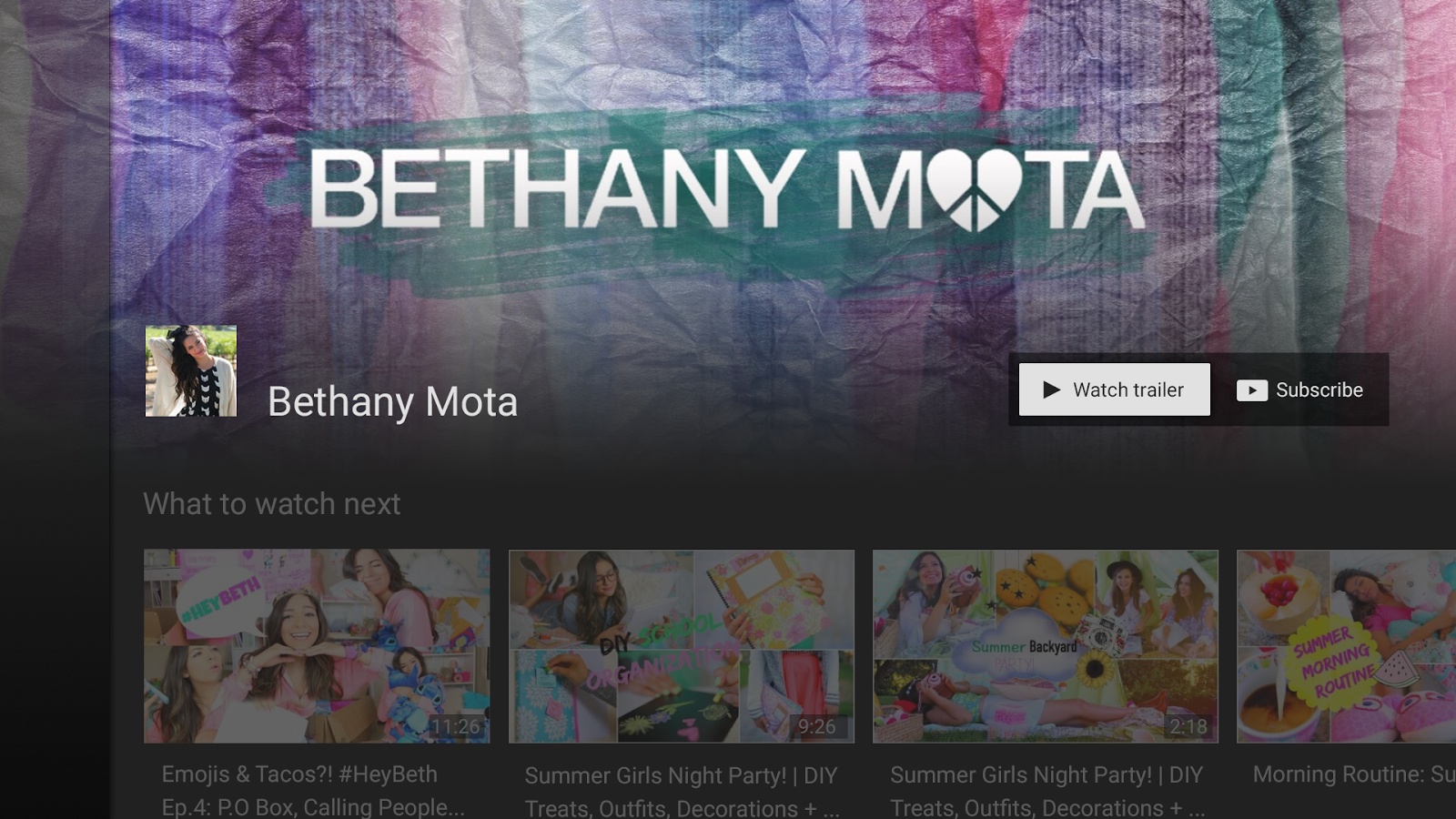 The post makes no specific mention of the Apple TV, which provides its own, Apple-made YouTube app sporting visuals that fit the overall aesthetics of the platform.

Here’s a video preview of the overhauled TV app.

Had Apple opened an App Store for the Apple TV platform (as it’s been rumored for months), Google would have been able to refresh YouTube on the $99 media-streaming box on its own whim.

Owners of the Roku box should be happy, however, because YouTube experience on that platform is — and this is putting it mildly — appalling.

Here are some additional screenshots.

As depicted top of post, the new Guide on the left side is a lot like YouTube’s native application for smartphones and tablets, or the web app on computers, which is a good thing. Boy, am I glad that YouTube shares my love for consistency!

As per usual, the full experience is available once you sign in with your YouTube account, which gives you access to all the latest videos from your subscriptions and recommendations in the ‘What to Watch’ section, and much more.

Your favorite creators are making new playlists every day, and with the updated YouTube app for TV you’ll be able to see all of them.

With new channel pages, you’ll see everything they’ve curated for you, helping you find even more to watch from your favorite creators.

You can check the updated YouTube app for TV here.

Keep in mind it’s not meant to replace the main YouTube interface on the web that you access via your computer — the TV app is designed and optimized specifically for the big screen. Xbox One owners will start to see the redesigned interface starting today.

As a reminder, Google’s native YouTube iOS app is available free in the App Store for any iPhone, iPod touch or iPad compatible with iOS 6.0 onward.