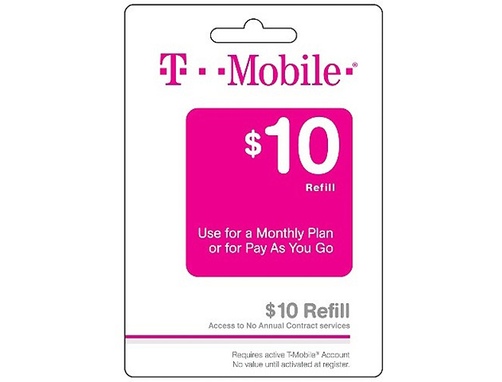 The nation’s fourth-largest wireless operator and the sole ‘Uncarrier’ in the country on Tuesday announced a brand new Pay As You Go prepaid plan which couldn’t be simpler: for a $3 per month minimum charge, it gives you minutes and text messages at $0.10 each.

And if you only occasionally use cellular data on the go, the company now gives you an option to subscribe to 500MB of 4G LTE data per day for a flat fee of $5. Should you need more data, there’s also a $10 week-long 1GB pass available so now Pay as You Go customers can finally access T-Mobile’s speedy LTE network, too…

As per T-Mobile’s press release, the $3 monthly minimum gives you 30 minutes of talk time or 30 text messages, or a combination of the two up to the value of three bucks, no annual service contract required whatsoever.

taking the $3 monthly minimum into account and assuming paying $10 for a week-long option each week, you could effectively treat yourself to the lowest per-SMS/minute rate in the industry and 4G LTE data for as low as $43 per month.

The new Pay as You Go plan goes into effect on August 17.

This is a great new option for folks who prefer pay-as-you-go plans over the pricier postpaid ones, even more so if you’re a budget-conscious type who doesn’t need unlimited talk, text and data.

No matter how you look at it, the flat rate of $0.10 per minute or message for talk and text files as the lowest offer amongst the major nationwide carries.

Firing on all cylinders, indeed!