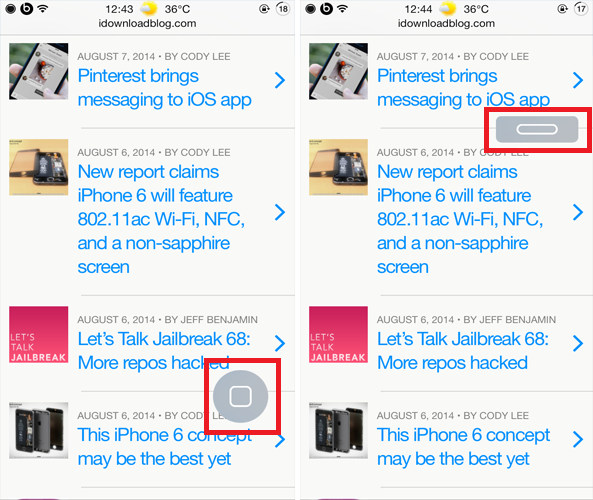 There are several tweaks available in Cydia that allow you to imitate a press of the Home button without actually touching it. Such tweaks are quite useful when you have a broken Home or Power button. vHome is yet another jailbreak tweak that adds a virtual Home button on your screen.

When it’s placed in the bottom half of the screen, the button changes into circular shape and acts as a Home button. Tapping on it will take you to your Home screen while a double tap will launch the App Switcher.

On the other hand, when you move the button to the upper half of the screen, it changes into a rectangular shape and acts as a Power/Lock button. A single tap on the button locks your device while tapping and holding it for a short period of time will allow you to turn off your device. 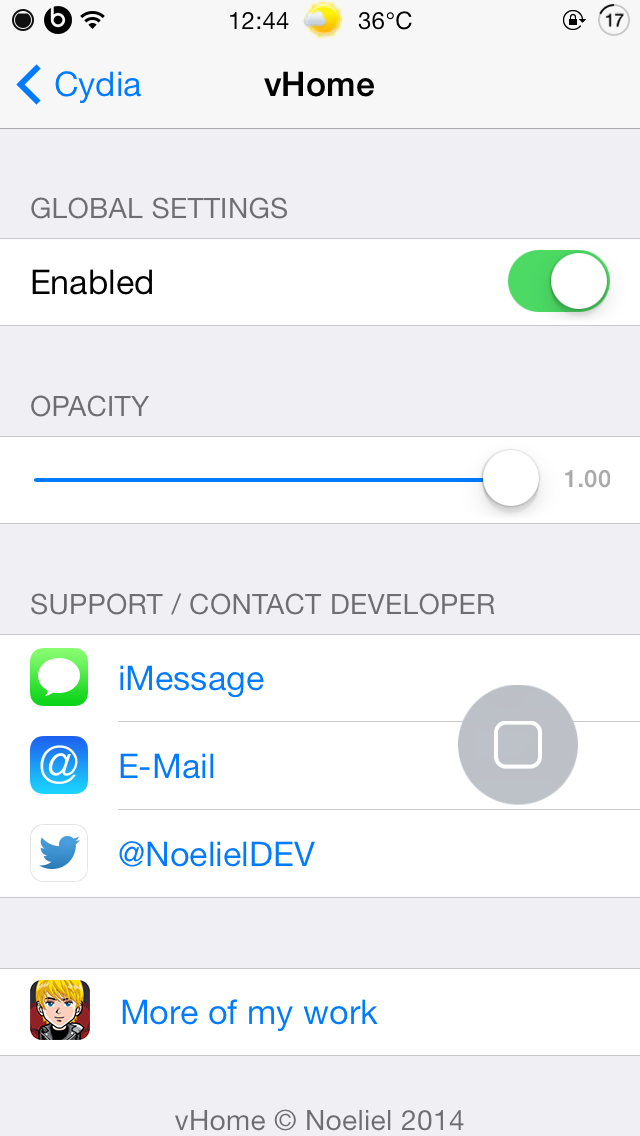 Once you install the tweak, venture into its preferences pane to configure it. You’ll find a kill switch toggle to enable or disable the tweak as well as a slider that allows you to adjust the opacity of the button to better adapt the background.

Although vHome is a nice alternative to other virtual Home button tweaks available in Cydia, I find it quite frustrating to move it to the upper or bottom half of the screen to switch between Home and Power/Lock button. SPTouch, another virtual Home button tweak, integrates both the Home and Power button into one and allows users to tap on it to go to Springboard or tap and hold it to lock the device. Yet, if you want a button with a more native look, I’d recommend vHome.

You can download it from Cydia’s BigBoss repository for free and it works with all iOS 7 devices.