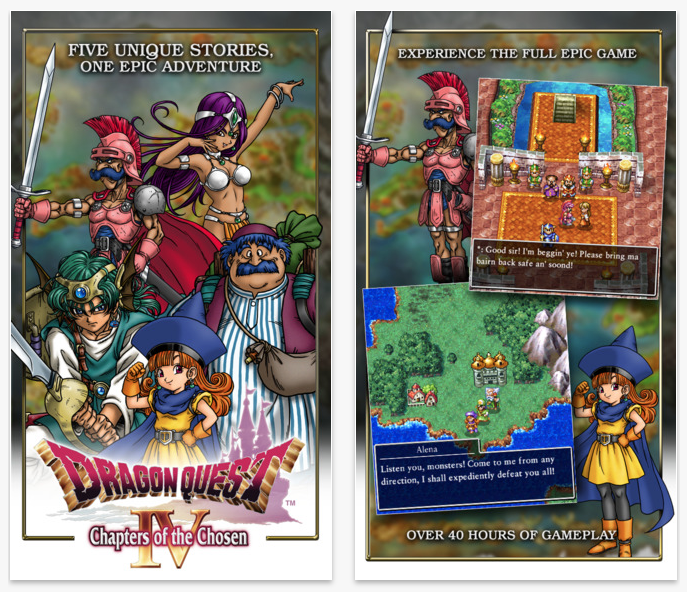 Fans of the classic RPG ‘Dragon Quest IV’ will be happy to hear that Square Enix has delivered on its promise to launch an English version of the game. After spending several months in Japan, the title is now available in the US App Store.

For those unfamiliar with it, Dragon Quest IV was a popular turn-based RPG in the early 90’s. Square Enix promises that the port keeps the same core gameplay experience as the original, and a new control system optimized for mobile devices…

Dragon Quest IV differs from the rest of the series by breaking up the game into five distinct chapters, each of which focuses on a different protagonist or protagonists. The first four are told from the perspective of the Hero’s future companions and the fifth one, from the hero’s perspective, brings all the characters together as they start their journey to save the world

Exclusive to the mobile game is a sixth chapter, which takes place after the ending and allows players to explore a “challenging bonus dungeon.” Square Enix says that the game is good for over 40 hours of gameplay—no in-app purchases required. 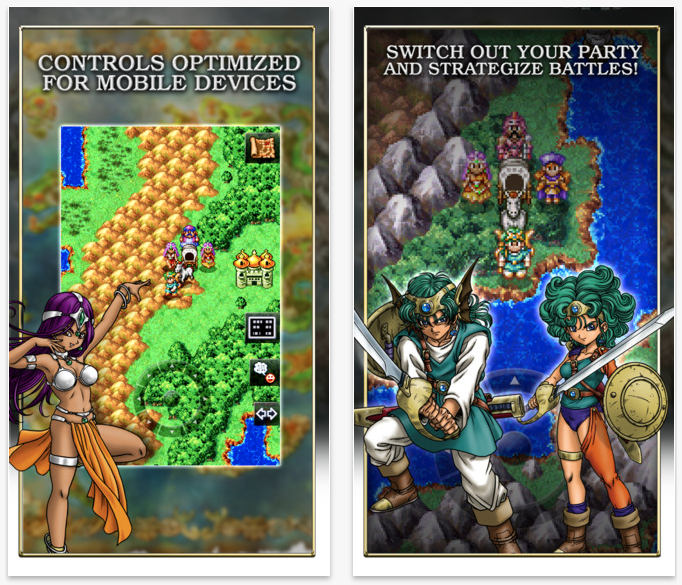 This game is obviously for fans of the original, or gamers who appreciate an in-depth RPG title, and it’s priced as such. If you want to check it out for yourself, you can find ‘Dragon Quest IV’ (or Dargon Quest IV?) in the App Store for $14.99.