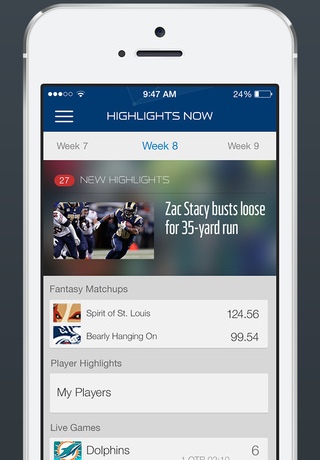 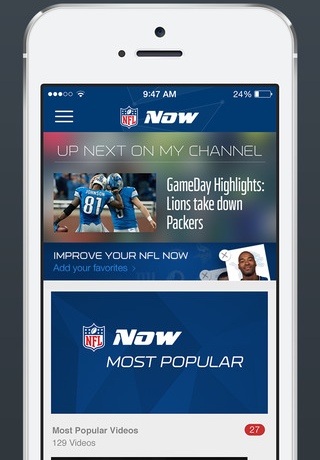 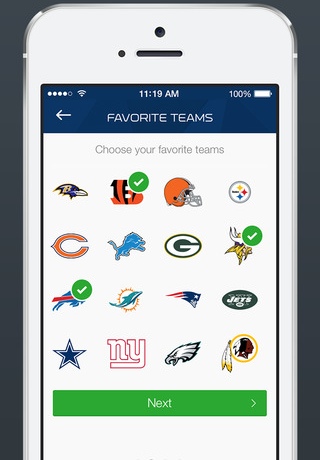 As announced last week, The National Football League has launched its brand new NFL Now app. The software is available as a new channel on Apple’s $99 Apple TV media-streaming box and as a free download for the iPhone, iPod touch and iPad.

Arriving in time for the new season, NFL Now features a personalized video stream of your favorite NFL teams, players and coaches, delivers exclusive interviews and stories about the teams, breaking news on your fantasy players, and unlimited access to content in the NFL Films Archives.

The NFL Now service includes a mix of content from the very best of NFL Media, NFL clubs and NFL Films. In addition to the iOS and Apple TV app, the service is now launching across multiple platforms ahead of the 2014-2105 NFL season, which kicks off later this month.

Some of the headline features include on-demand access to hundreds of new videos added daily, a personalized stream created for you based on what you like, access to NFL’s rich video library, the ability to Airplay from your iOS device to your Apple TV and more.

NFL Now delivers a personalized video stream of your favorite NFL teams, players and coaches right to your iPad or iPhone. Get exclusive interviews and stories about your team, breaking news on your fantasy players, and unlimited access to your favorites in the NFL Films Archives.

This official NFL product combines all of the intense football you love with a smart, easy-to-use interface. NFL Now for the iPhone and iPad learns what you like and delivers a non-stop stream of customized NFL content gathered just for you. Don’t waste another minute of this season! Get more of the NFL you love with NFL Now.

Keep in mind that NFL Now won’t be live-streaming actual games, though you can enjoy hundreds of real-time in-game highlights.

Subscription options for access to NFL Now premium features are available in-app: $1.99 per month in the United States, Mexico and the United Kingdom and $4.99 per month for the rest of the world. 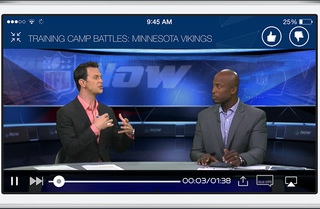 Note that live streams of NFL Network and NFL RedZone on Sunday afternoon are not currently available in USA, Mexico or UK and will be offered when the 2014 NFL season begins.

This is what an Apple TV channel looks like. 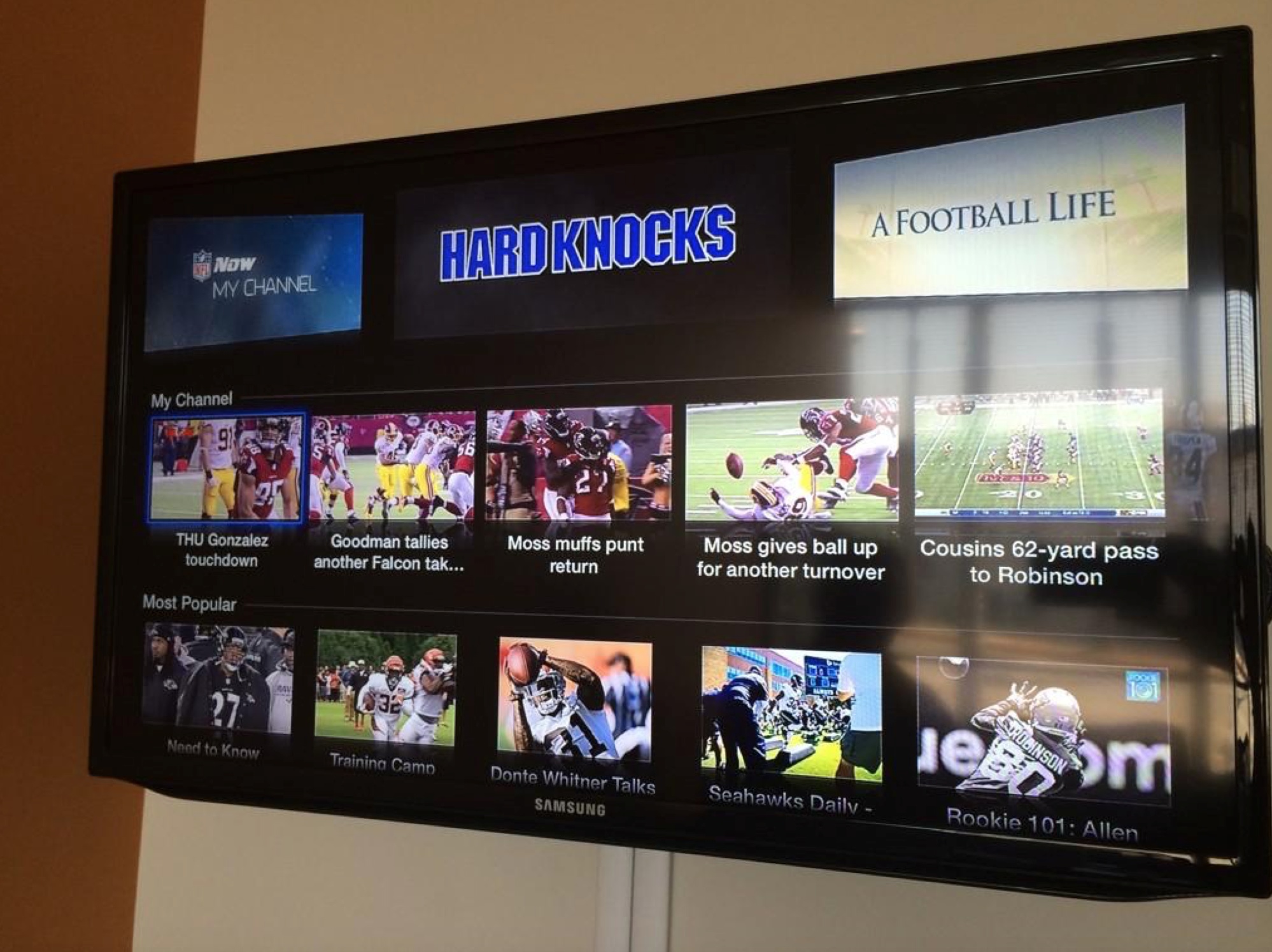 And here are additional highlights from NFL’s January 2014 press release:

The app requires an iPhone, iPod touch or iPad running iOS 7.0 or later.