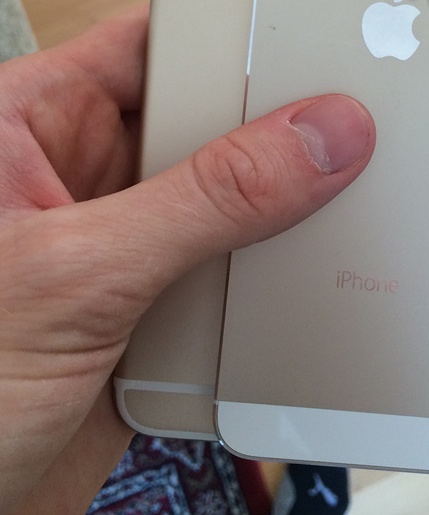 A new set of photos depicting alleged Home button components for the iPhone 6 surfaced this morning, courtesy of our friends over at Nowhereelse.fr. While we have seen parts like these before, these are particularly interesting for a couple of reasons.

The first is that they supposedly belong to both the 4.7 and 5.5-inch iPhone 6 models, which is significant because we’ve seen far less supply chain evidence of the latter, as it’s been rumored to be delayed. And the second is that they feature all-new designs…

Check out this comparison photo by Nowherelse.fr: 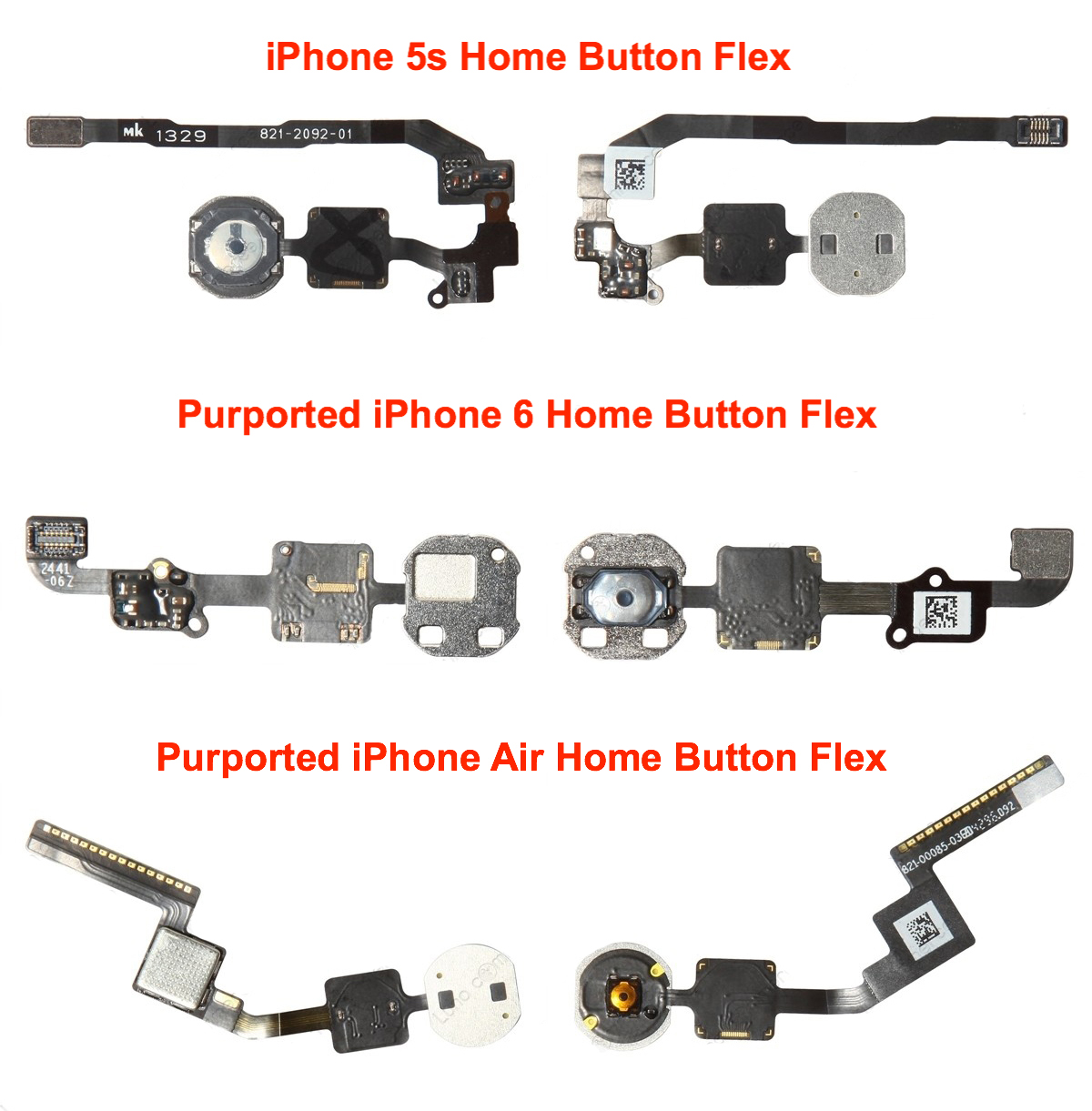 As you can see, the flex cables for both next-gen iPhone models are starkly different than that of the iPhone 5s, although you can recognize many of the same pieces. Also worth noting is that Nowhereelse.fr refers to the 5.5-inch model as the ‘iPhone Air.’

Leaks and rumors for the iPhone 6 continue to ricochet as we approach the expected fall unveiling. The latest report pegs the event for September, with the launch coming in October. Such a waiting period is unusual, but not unprecedented for Apple.

In addition to larger, higher resolution displays, the iPhone 6 is expected to feature a new hardware design and several internal improvements including an A8 chip, enhanced cameras, and a handful of new sensors for tracking various elements and activities.