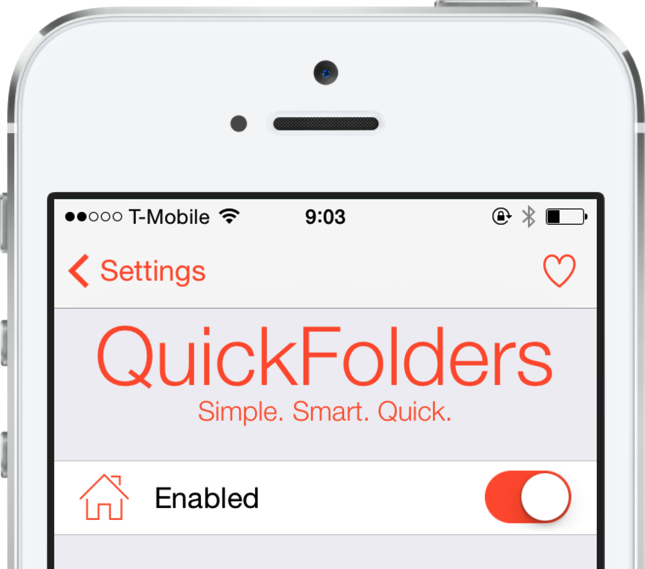 QuickFolders is an upcoming jailbreak tweak that will allow users to launch apps contained in folders using a single tap and hold gesture. The tweak, which should be hitting Cydia any day now, will also allow users to venture into nested folders, switch folder pages, and exit folders all in one motion.

We’ve gotten our hands on a preview build of QuickFolders and have put it through its paces. While it isn’t quite as stable as it’ll hopefully be when the tweak officially launches, the potential is undeniable. Have a look at our full video walkthrough after the break for more information.

After installing QuickFolders, you can head over to the stock Settings app to find the tweak’s preferences. There, you’ll see a kill-switch toggle, and an options panel containing additional settings.

The basic functionality of QuickFolders goes a little something like this: tap and hold on a folder, and continue holding as it opens. Navigate your finger over the app icon that you wish to launch, and then release. The app will launch—all within one single motion.QuickFolders can also open nested folders using the same methodology. It can even switch pages or exit folders in the same way. 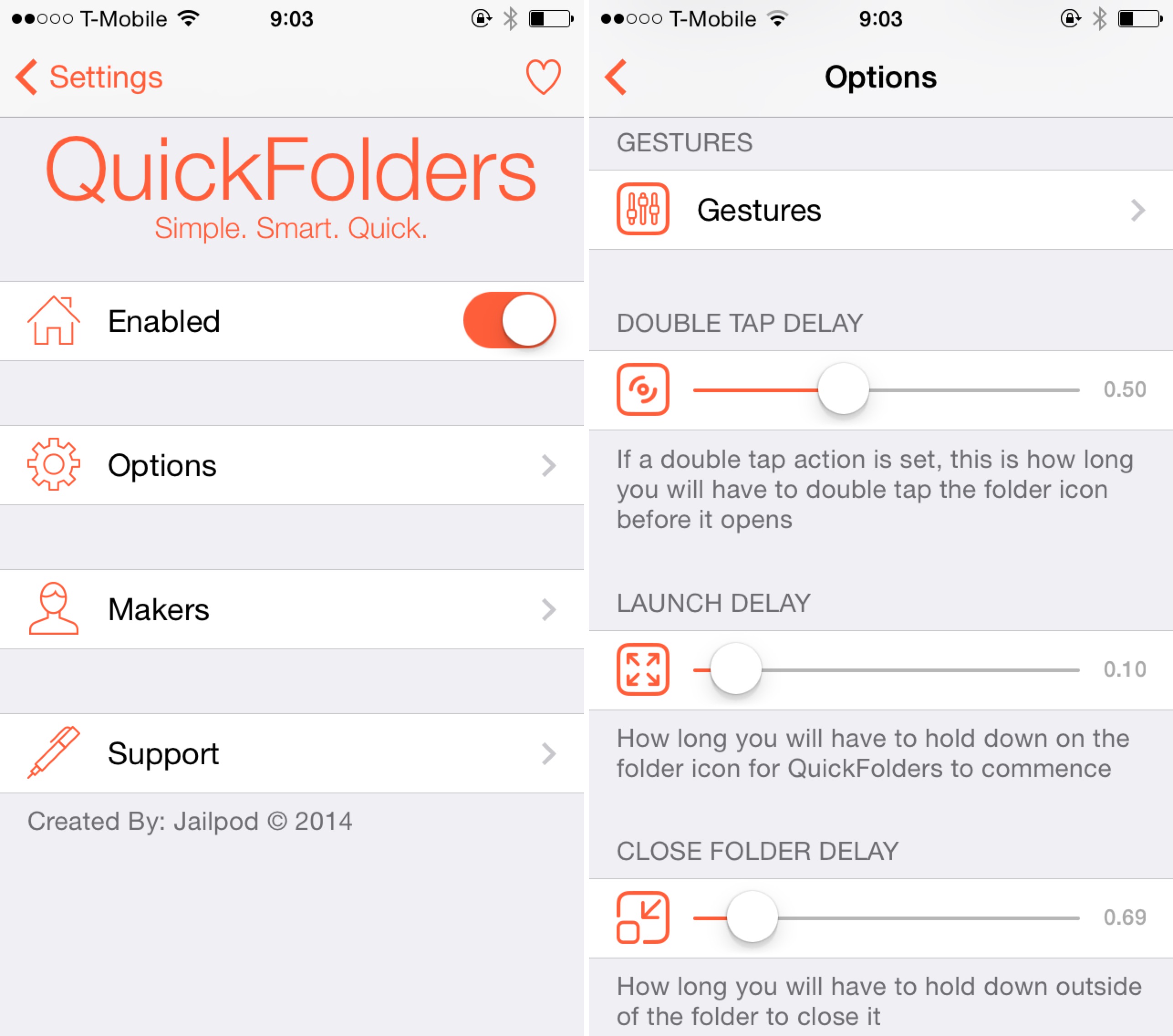 The preferences for QuickFolders allow you to adjust the time delay for actions like launching and closing folders. You can even assign actions for single-tapping, double-tapping, and swiping on folders. These actions consists of the ability to invoke wiggle mode, launch a specific app from within the folder, etc.

One of the big selling points for QuickFolders is the ability  to quickly deep dive into groups of nested folders. This works fairly well from my testing, and results in the ability to get deep into a nested folder structure in extremely quick fashion. Unfortunately—and I found this to be odd—QuickFolders requires a separate jailbreak tweak, such as FolderEnhancer, to add nested folder abilities to iOS. 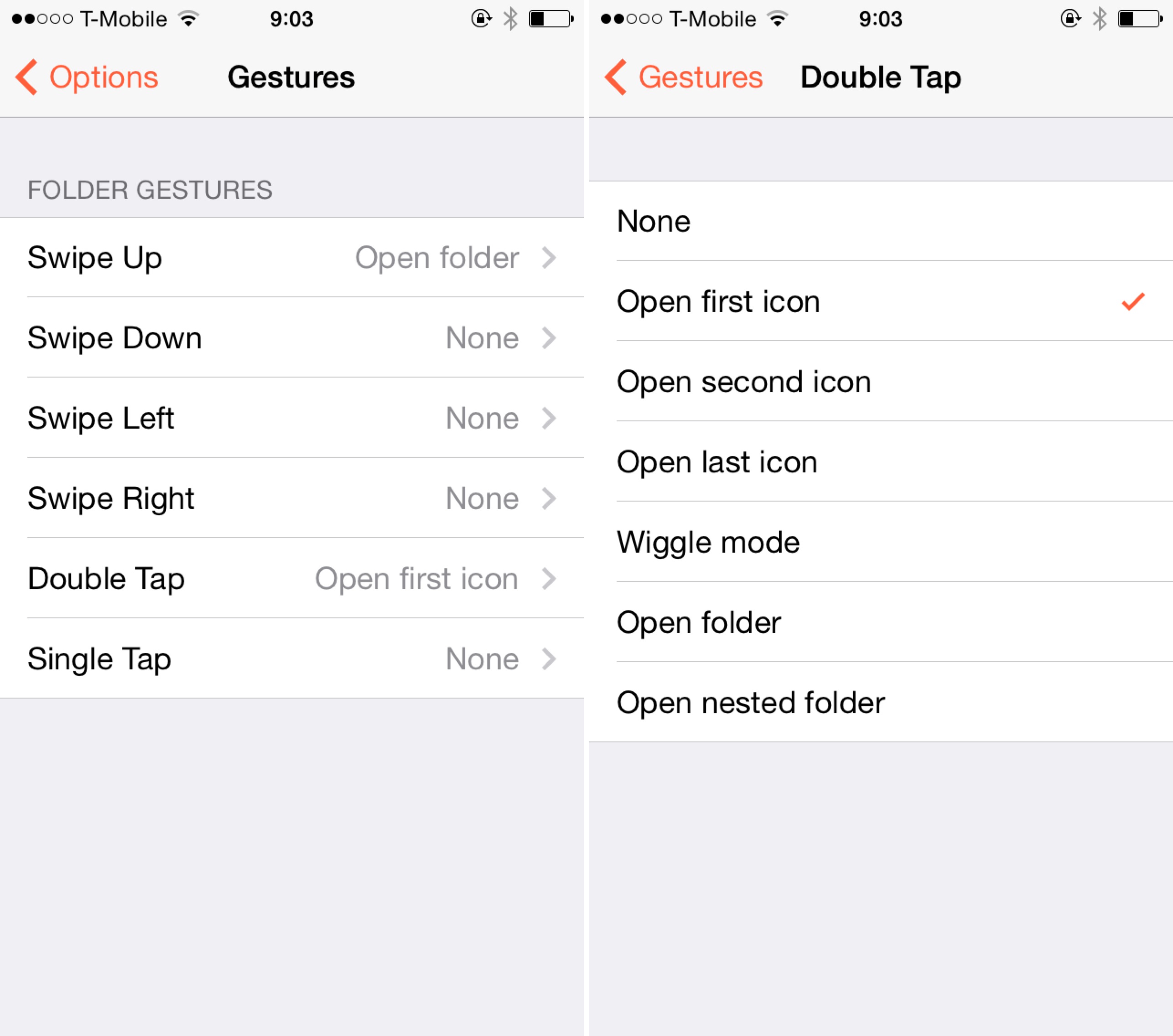 QuickFolders is a tweak that’s still being actively developed as we speak, although the developer insists that it should be available on Cydia at any time now. During my testing, I ran into several bugs and glitches—things typical of a 1.0 release or a beta release. I also found that the swiping gestures didn’t work reliably, if at all. I’m not sure how the initial Cydia release will fair, but you may want to keep your ear to the street in order to see how the tweak stacks up after its release.

You’ll be able to purchase QuickFolders for $0.99 once it hits Cydia. This is a tweak that has tons of potential; I’m just hoping that the bugs and glitches can be stamped out in short order.

What do you think? Sound off down below in the comments section.