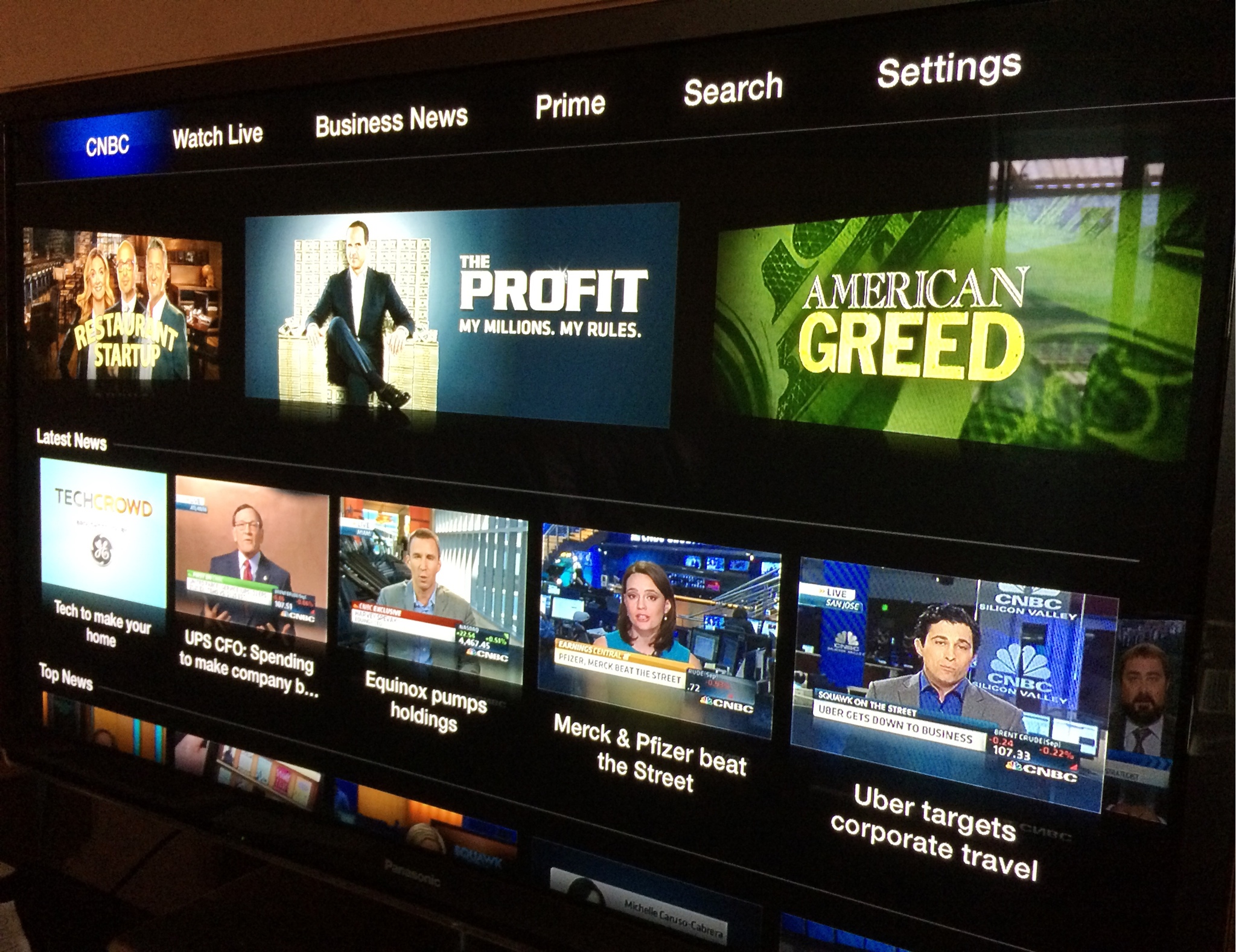 Just this morning, the device has picked up two new channel sources, one from financial news powerhouse CNBC and the other is broadcast network FOX NOW…

Cord-cutters shouldn’t jump with joy because accessing most CNBC and FOX NOW content on the Apple TV requires inputing your credentials for one of a number of supported cable and Internet providers.

Curiously enough, both Time Warner and Charter are notably absent from the list. Again, even though some content is available completely free of charge, unlocking everything that CNBC and FOX NOW offer requires a cable subscription.

CNBC’s Apple TV channel is quite nice if you’re into this sort of thing – it delivers full episodes of its Prime original series, as well as live streams of financial news and on-demand news clips. As a bonus, segments from such shows as Squawk Box are available outside of the paywall. 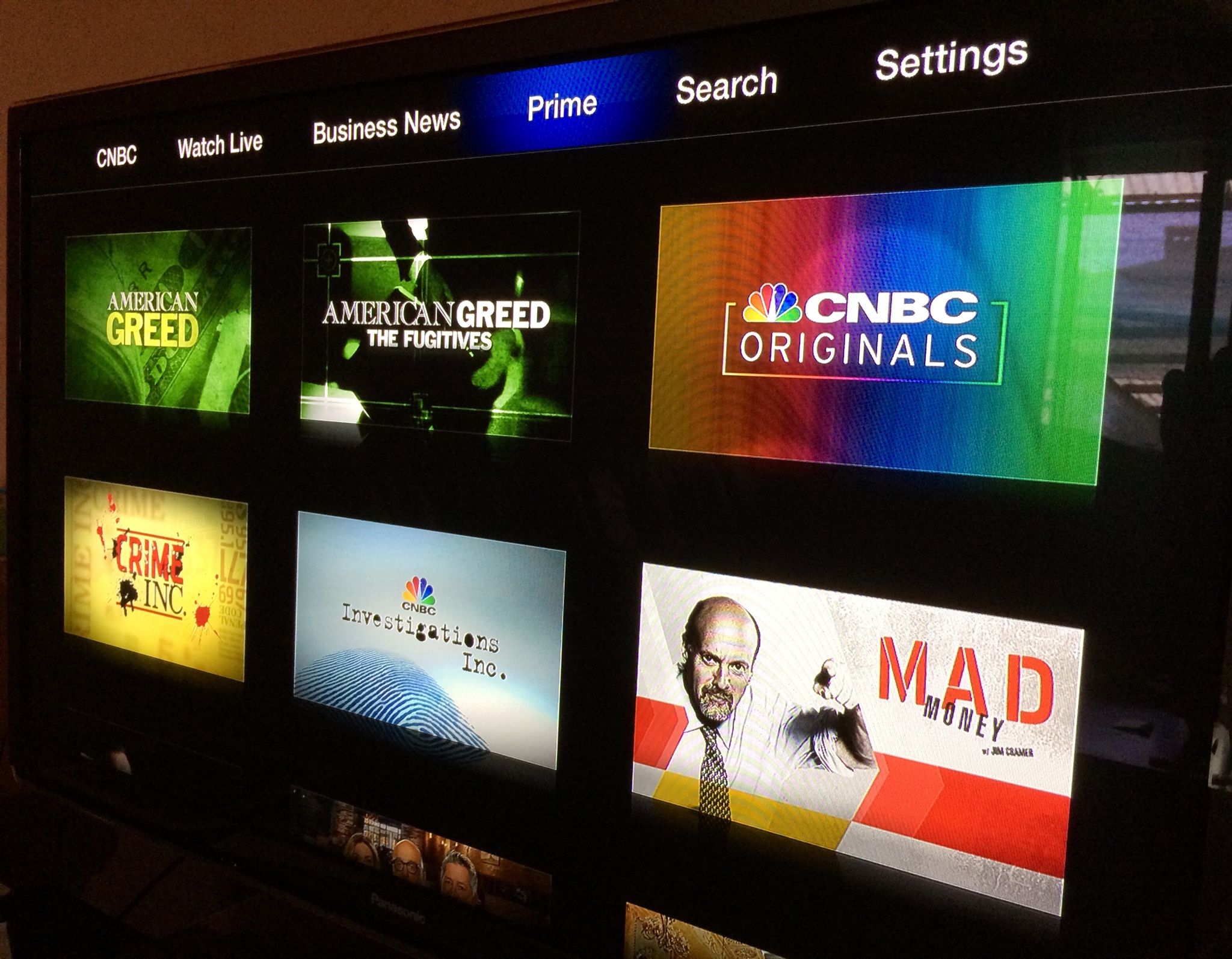 As for FOX NOW, you’ll find some digital-only content along with the network’s popular shows such as Glee, American Idol, The Following, Family Guy, Cosmos: A Spacetime Odyssey, 24: Live Another Day, New Girl, Brooklyn Nine-Nine, The Mindy Project and many others, all available for on-demand streaming – if you’re a cable TV or satellite subscriber, that is. 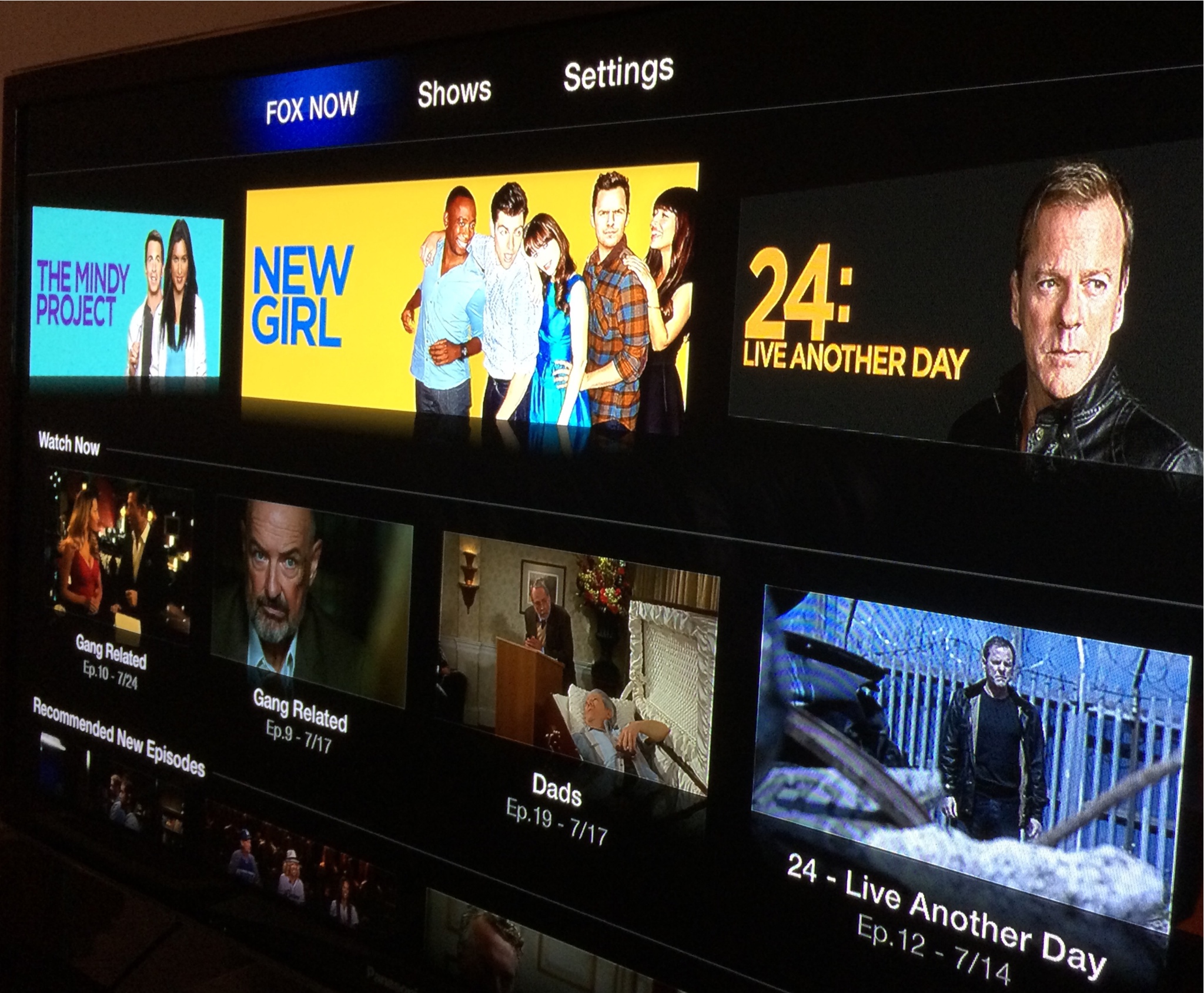 As an interesting side-note, all new FOX NOW content available for streaming on the Apple device includes the most recent episodes for 35 days.

If you’re a subscriber, current shows are available the next day they air on television. Non-subscribers can access new episodes a week after they’ve aired.

First spotted by MacRumors, Apple TV owners in Norway can also enjoy content from TV2 Sumo, which is the online version of their popular TV2 channel.

A few days ago, a report alleged that FX (a Fox subsidiary) would bring its own FXNOW channel with shows like Simpsons World to the Apple TV within the next 12 months.

Apple CEO Tim Cook said during a recent conference call with analysts that the Apple TV generates around $1 billion in media sales.