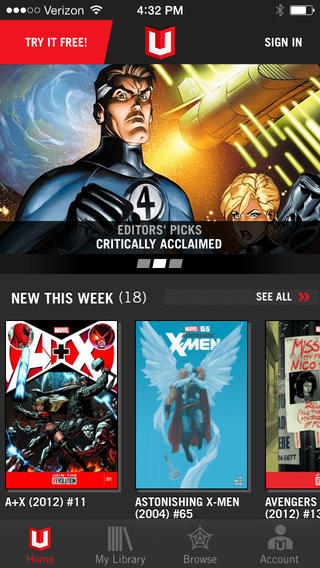 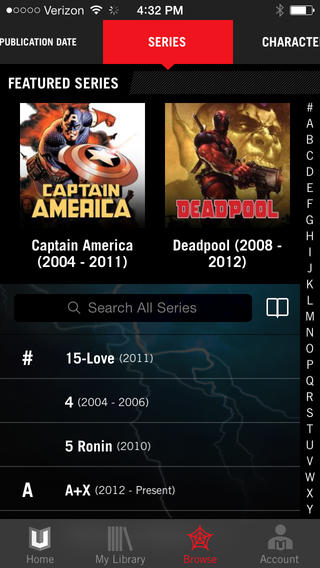 The annual Comic-Con is kicking off later this week in San Diego, California. To celebrate the gathering, comic book publisher Marvel Comics is now offering unlimited access to its massive online comics archive for only 99 cents.

The promotion is valid for the next seven days and comes with no strings attached – pay 99 cents and enjoy a month of Marvel Unlimited access – online, on desktop and through Marvel’s free mobile app…

Caveat: 99 cents gives you the ability to rent 15,000 comics – you don’t own them. Additionally, you can download up to twelve comics at a time for offline reading. Once your 1-month period expires, you won’t be able to access comics anymore.

Wired, which first reported the news, says Marvel Unlimited – basically a Netflix for comic fans – offers titles that range from books that hit the stands six months ago to the Golden and Silver Age classics of yesteryear.

Most of comics are digital versions of printed issues, but some are all-digital titles created specifically for mobile devices.

Digital-only titles include Infinite Comics, which are designed exclusively to be read on screens. Select titles feature bonus digital content, like Jonathan Hickman’s The Avengers that comes with behind-the-scenes video content.

The six-issue Captain America: The Winter Soldier storyline also includes adaptive audio that “changes as you swipe through the panels and pages,” according to Wired.

If you’re just standing in a room the music is kind of mellow, but as you go along and enemies appear, the music ramps up and adapts to what you’re doing.

So we took that concept and put it into the adaptive audio for the comic. As you go along from panel to panel, it changes, whether you’re going forward or backwards.

The Mac/PC client can be downloaded through the Marvel Unlimited website.