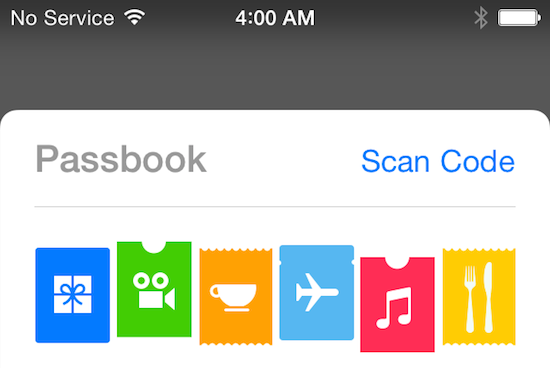 Apple has launched a new service in Japan called iTunes Pass. The program is actually quite interesting, as it appears to allow customers to purchase iTunes Store credit from an Apple retail store, using Passbook instead of physical gift cards.

Users have long been able to store gift cards in Passbook, but we’ve never seen a direct-to-Passbook service like this, without the need to redeem a code. It almost looks like this could be a prequel to Apple’s oft-rumored mobile payment system…

Here’s a description of the feature, first reported by 9to5Mac, from Apple’s website (via Google Translate): 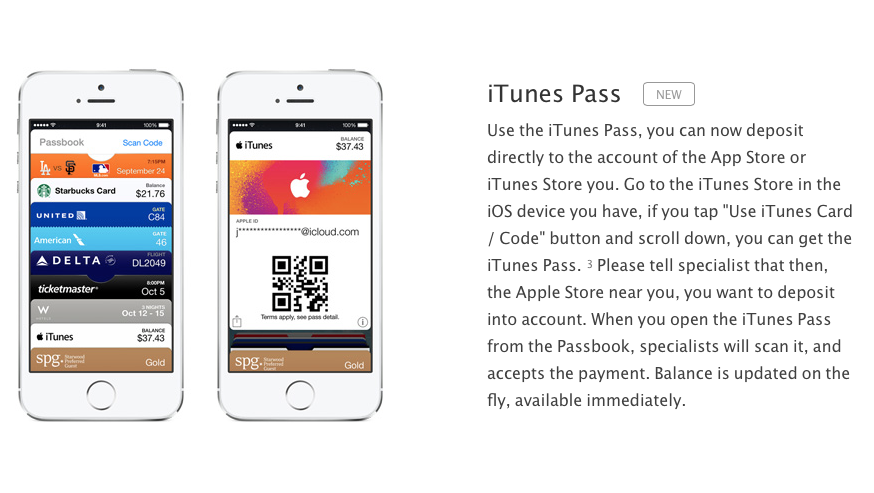 How does it work? From what we gather, customers can add a new iTunes Pass from within the Passbook app. They’d then present the Pass at their local Apple Store, request an amount, and the money would be instantly transferred to their account.

For years now, Apple has been rumored to be working on a mobile payment system. The service would allow users to pay for goods and services with their iOS devices, and according to reports, Apple is already in talks with retailers over the initiative.

We’ll let you know when/if the new iTunes Pass service hits the US and other countries.