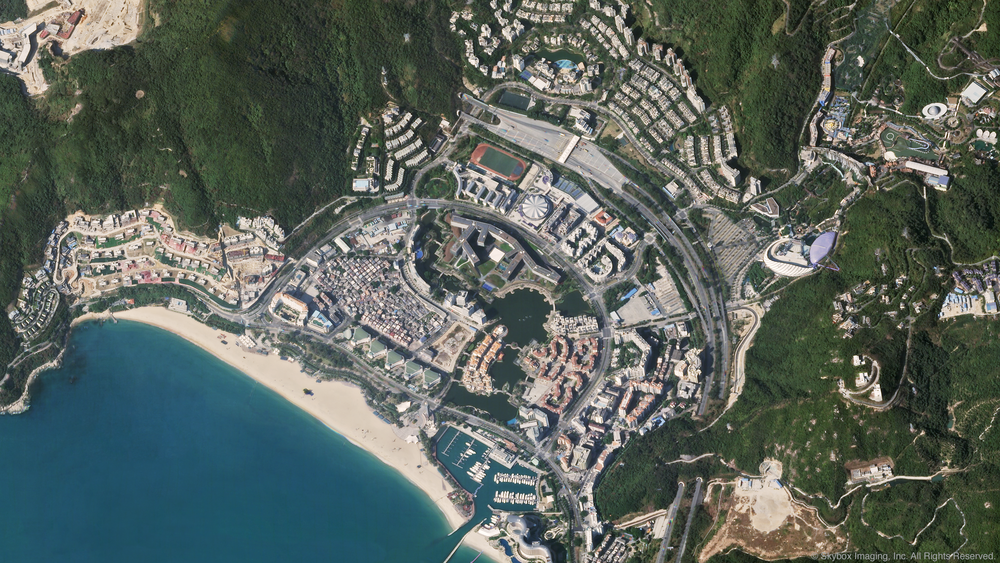 My headline isn’t an exaggeration. The Internet giant last week announced buying satellite imaging company Skybox Imaging for $500 million, which is peanuts, really, when you consider what Skybox does for a living. The company has satellites that circle the orbit of the Earth and take very detailed photographs of the terrain.

On the surface, the acquisition should help keep Google Maps accurate with up-to-date imagery. Google on its part has said the Skybox buy will also help them improve Internet access and disaster relief. So, what does any of this have to do with the iPhone?

See, what the search giant isn’t telling us is that it could potentially use Skybox’s highly-detailed imagery to figure out when trucks have left Foxconn facilities in Taiwan, which is usually a tell-tale sign of an imminent iPhone release.

In fact, the CEO of Skybox said that “we’re looking at Foxconn every week”, measuring the density of trucks outside its facilities.

As speculated by Business Insider, this potentially gives Google an unheard-of ability to tell when Apple is possibly ramping production of the iPhone and adapt to the situation accordingly, by starting discounts, marketing and promotions of its own smartphones.

One thing is undeniable: Skybox has stunning satellite imagery.

The Ferrari World in Abu Dhabi. 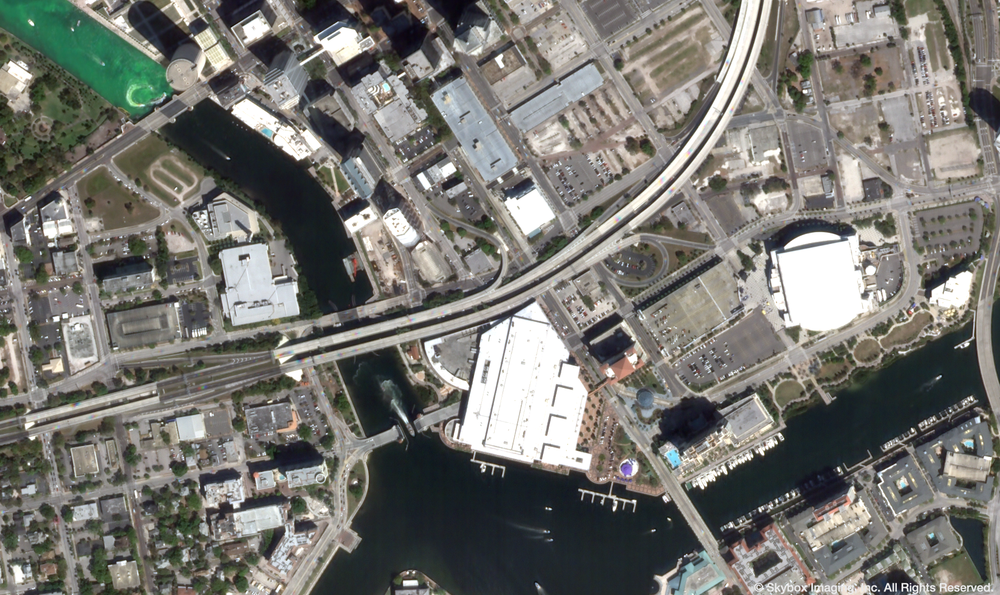 What else could Skybox do?

How about determining how much oil is being pumped out of the ground in Saudi Arabia? Or, figuring out the likely price of grain months in advance by measuring the health of every square yard of cropland on Earth? One city has even used Skybox photos to determine who built illegal backyard pools.

In 2010, an analyst at UBS discovered that if he bought satellite images of parking lots of Wal-Mart stores, he could predict the company’s sales figures before they were revealed in its quarterly earnings report, because cars in lots equal shoppers in stores.

Keep in mind that Skybox builds and operates some of the world’s smallest high­-resolution imaging satellites that collect “beautiful and useful images and video every day” so not only could Google bump up Maps’ resolution, but update the imagery frequently as well.

“Within a couple of years, when you want to know whether you left your porch light on or if your teenager borrowed the car you forbade her to drive, you might check Google Maps,” as noted by The Wall Street Journal. 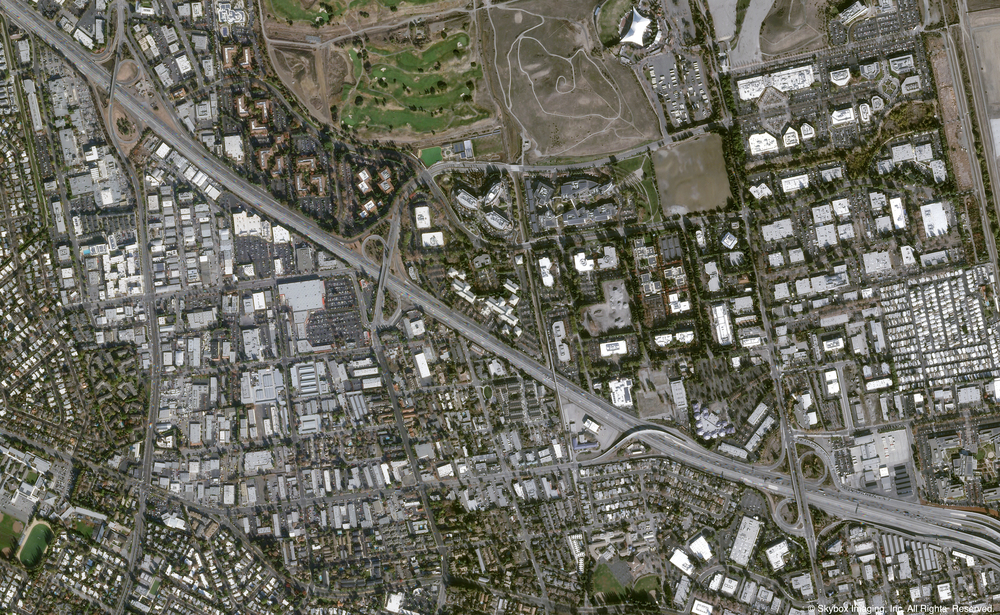 Well, in two year’s time Skybox will be able to take full images of the Earth twice a day, at a resolution that up until last week was illegal for commercial use.

By the time its entire fleet of 24 satellites has launched in 2018, Skybox will be imaging the entire Earth at a resolution sufficient to capture, for example, real-time video of cars driving down the highway. And it will be doing it three times a day.

Currently, only nine satellites in orbit capture imagery for commercial use so most of the pictures of the Earth that you’ve seen are of poor quality and years out of date, as WSJ points out.

Here’s an HD video of Burj Khalifa taken by one of Skybox’s satellites on April 9, 2014.

And another one showing mining activity in Uşak, Western Turkey.

Still think I exaggerated in the headline?

For those wondering, satellites by Skybox competitor DigitalGlobe that Google currently uses cost ten times as much as Skybox’s and are ten times heavier.

Conveniently enough, earlier today the Department of Commerce has lifted a ban on satellite images that showed features smaller than 20 inches, allowing companies like DigitalGlobe and Skybox to take photos at mailbox-level detail.

I’m not exaggerating, Digital Globe exec says it will be able to show “key features such as manholes and mailboxes” when its improved satellite launches in August.

Skybox’s advanced technology and intelligence could be used for industrial espionage, too, even more so should the Google deal come through.

Apparently, it’s compelling enough that a Skybox employee once told a reporter for Wired that the company “might someday simply become an unreasonably profitable hedge fund.”

To me, of course, the most controversial aspect of the increased satellite imagery resolution comes in the form of potential spying on your rivals by monitoring their supplies – and I’m not even mentioning intrusion of everyone’s privacy!

Although Google won’t be able to pick out individual people, Skybox technology will allow it to possibly determine how many cars you own, whether you have a luxurious home, when you leave for work and arrive home and so forth.

The deal is pending regulatory approval and is “subject to adjustments” when it comes to the price tag, which is just 1/38th the price of WhatsApp.