The latest statistics reveal that there are over 1.1 million apps and counting on the App Store, making app discovery for small and large developers alike increasingly challenging. On top of that, Apple is known to have an algorithm that makes only apps with higher ratings more easily discoverable.

As a result, a significant number of developers manipulate the position of their app in the App Store charts by posting fake reviews with high ratings, often times five stars. But according to TechCrunch, Apple is aware of the rank manipulation and is now taking action against these fake ratings… 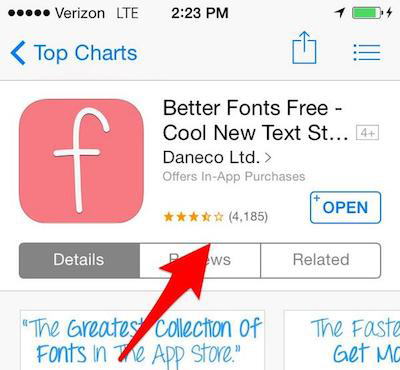 The report claims that Apple will intervene and remove fake App Store ratings when it has sufficient proof that an app has been attempting to manipulate its ranking. The screenshot above from Twitter illustrates an app that lost some 20,000 ratings overnight, and not because an update was made.

There is no formal process for developers to remove their own ratings, unless they pull an app from the App Store and resubmit it for approval. That was not the case with Better Fonts Free, which remained live as the ratings disappeared. It is also said not to be the result of a bug in the system. 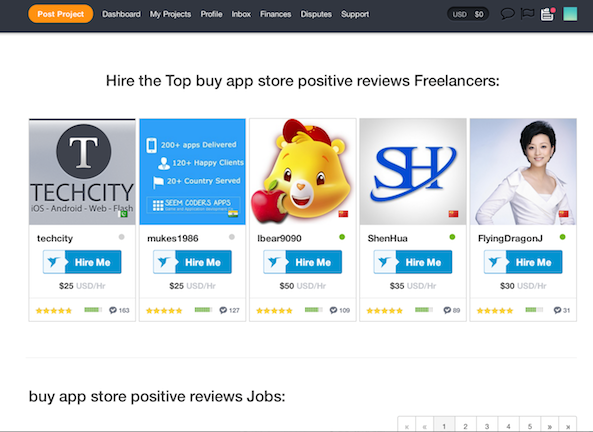 This is allegedly not the first time Apple has intervened. “In fact, any time Apple finds credible evidence of ratings fraud or manipulation, it can and ‘often’ does take action to remove the ratings associated with that activity,” the report claims.

It is not known how Apple identifies fake ratings, aside from it looking obvious:

“How exactly Apple hears of this fraudulent activity in the first place, however, will vary. Sometimes, the company finds evidence of manipulation or gaming itself; other times, it’s brought to Apple’s attention by others.

We’re not sure how Apple spotted the above app’s fraudulent behavior, but it would have been pretty obvious to anyone who looked that the developer was gaming the charts. The fake ratings were very fake.”

It also remains unknown if Apple will eventually turn this into a formal process like it has with App Store submissions. In the meantime, the App Store continues to be flooded with a myriad of spammy or useless apps with fake reviews.

At the very least, Apple is aware. That is a step in the right direction.