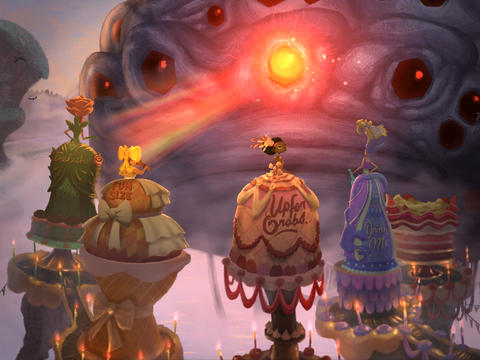 Graphic adventures used to be all the rage until talented programmer and game designer John Carmack and his id Software came along and spoiled us with the Wolfenstein, Doom and Quake series of first-person 3D shooters.

Compelling adventures that challenge your gray matter are few and far between in the App Store so fans of the genre will have a lot to love about Broken Age.

Created by Tim Schafer’s Double Fine Productions and available for $9.99, it’s a full-blown graphic adventure in which you can freely switch between a pair of teenagers who find themselves in familiar situations, although set in different worlds…

Filing as Tim Schafer’s first graphic adventure in sixteen years, Broken Age began two years ago in a record-breaking Kickstarter campaign. It has all the hallmarks of the comedic writing style, beautifully hand-drawn 2D locations and great storytelling Schafer’s games are famous for.

The player can freely switch between their stories, helping them take control of their own lives, and dealing with the unexpected adventures that follow. 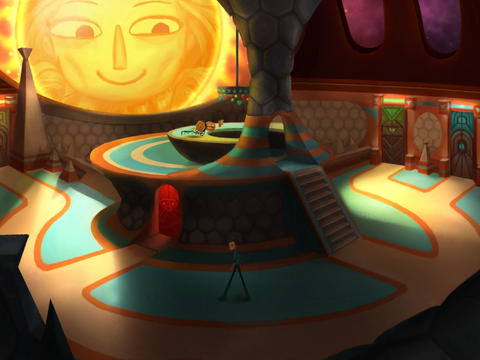 For those wondering, Schafer spent over a decade at LucasArts, where he designed or co-designed some of the most popular graphic adventures to date such as Full Throttle, Grim Fandango, The Secret of Monkey Island series and more. 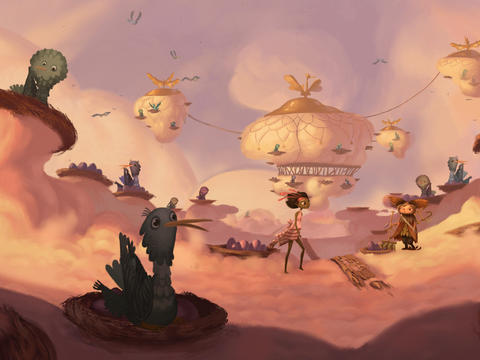 I’m digging the painstakingly hand-painted rooms and locations in Broken Age. Looking at the screenshots, you can clearly tell the art department put in a lot of effort to get the visuals, the overall design style and details just right. 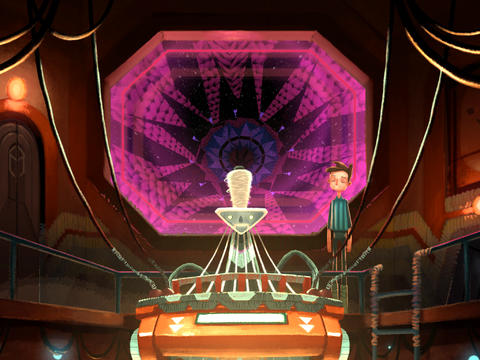 Some of the key features listed in iTunes release note mention “pointing,” “clicking” and “a whole bunch of awesome puzzles” so yes, this is a pure 100 percent 2D graphic adventure experience.

As for other features, expect “all your hopes and dreams” to come true as the game sports “dialog trees,” “some jokes” and “this one really hard puzzle that you won’t get but you’ll look it up online and not tell anybody”. 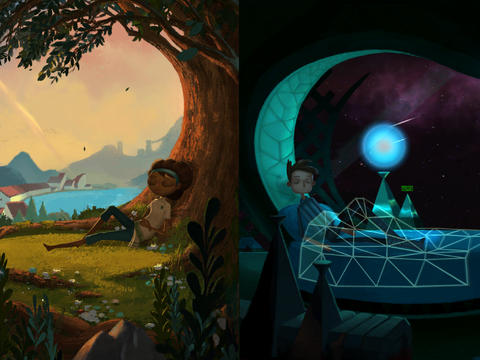 Comprised of several acts, Broken Age comes with Act 1 included. Act 2 will be available as an In-App Purchase in the future.

The iPad-only game comes in at a massive 1.04GB so you may want to leave it downloading overnight if on a slow Internet connection. You’ll need an iPad 2 or later running iOS 5.0 or newer.