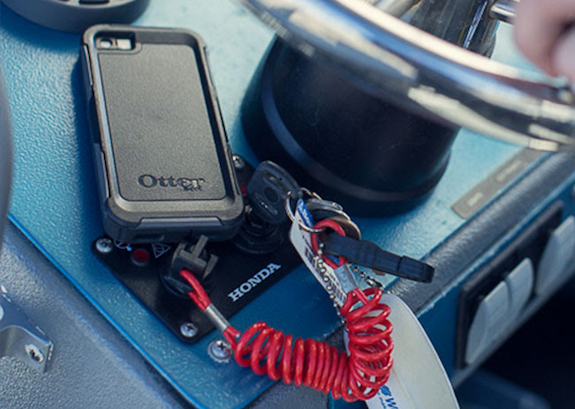 Father’s Day is in less than two weeks in many countries around the world. If your dad is anything like mine, he probably has a knack for everything related to cars and the latest tech gadgets. While we’re not here to provide tips on how to stock your dad’s garage with the latest car-related items, we did prepare this detailed roundup of Father’s Day accessories. So if your old man has an iPhone, iPad or Mac, or simply likes tech, check out some great gift ideas ahead. All prices are listed in US dollars… 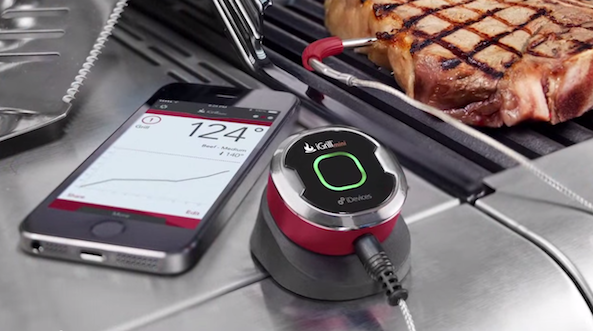 For the master chef or barbecue connoisseur dad, the iGrill mini Smart Grilling Thermometer ($39.99) is a pocket-size Bluetooth thermometer for monitoring the temperature of food using the free companion iDevices Connected app on iPhone, iPad or iPod touch. The thermometer works up to 150 feet away from your device, allowing your dad to stop worrying about overcooking his signature top sirloin steak.

The iGrill mini has a magnetic backing for mounting on a grill or smoker and two viewing positions. The companion app lets you set custom or preset temperature alarms, view a detailed graph of your cook, share what you grilled on Facebook or Twitter, see exclusive recipes and more. iGrill mini is compatible with iPhone 4S or later, iPad Air, iPad mini and the fourth-generation iPod touch or later. 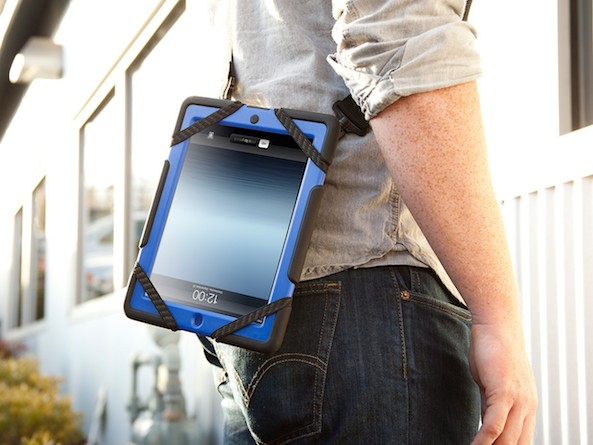 If your father enjoys fishing, hiking, camping or simply spending time in the great outdoors, the Griffin Survivor Harness Kit for iPad ($29.99) is designed for him. The harness attaches to a Griffin Survivor case for iPad, with snug hand straps for one-handed use on the go, padded shoulder straps with 4 D-ring connection points, an elastic-rimmed nylon rain cover and self-contained ballistic nylon storage bag. 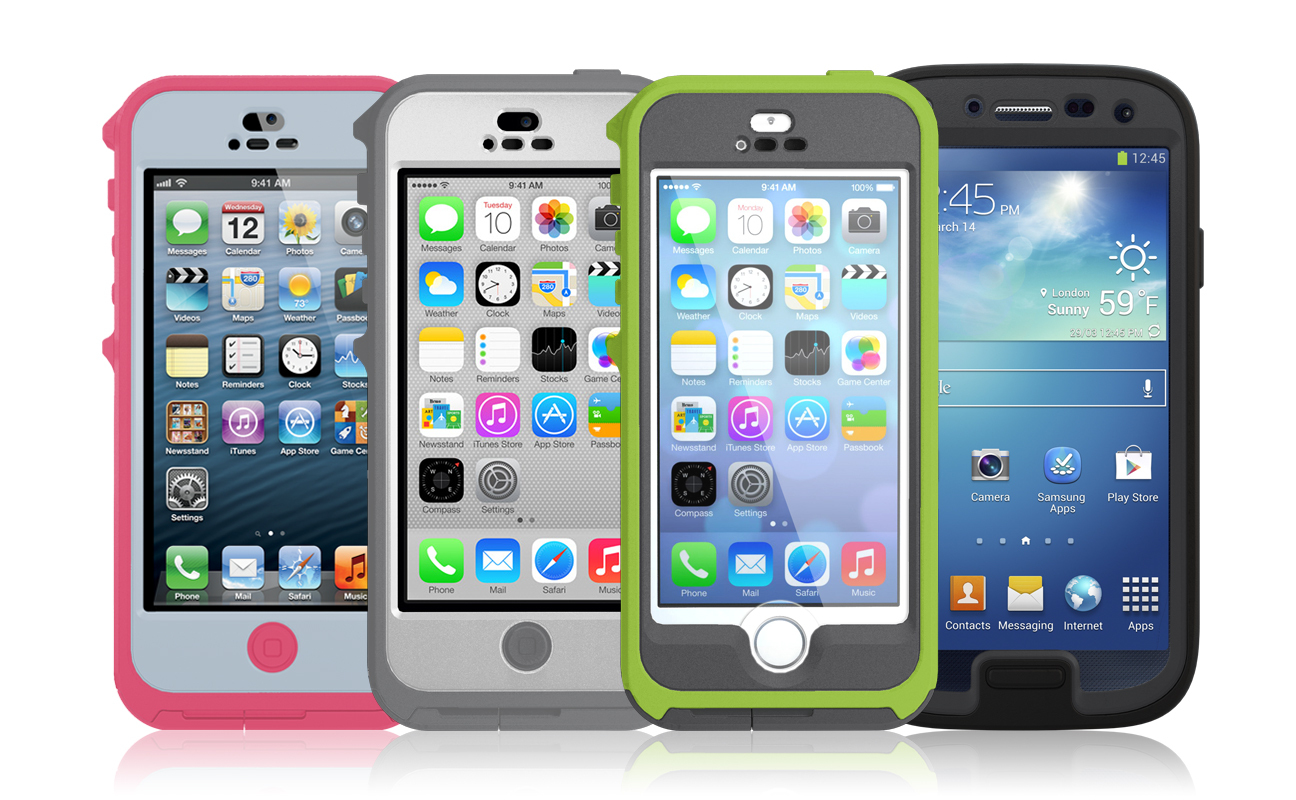 “Dads are known protectors,” claims OtterBox. “They check for monsters under the bed, get rid of spiders and keep an eye on the boys courting their daughters.” While this is definitely just a marketing pitch from the accessory maker, they do have a point. Most dads already take care of a lot of things, and having a case to protect his smartphone gives him one less thing to worry about.

OtterBox is the top-selling smartphone case brand in the United States and Canada, including the Preserver Series for the iPhone and Galaxy S devices. In addition to being waterproof, drop proof and dust proof, the Preserver Series of cases have two-piece assembly for easy installation, internal foam to cushion the device and hold it in place, and an adjustable lanyard for convenient carrying and tethering.

Preserver Series starts at $81 on Amazon. 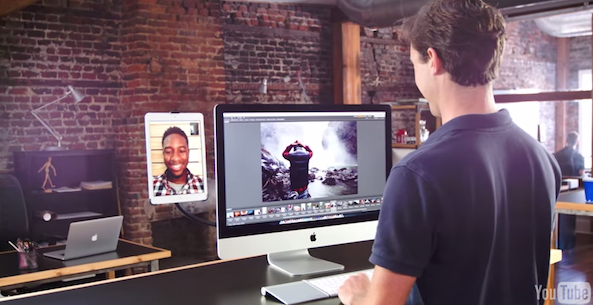 This is an interesting iPad accessory for the father that spends a lot of time in the office or kitchen. The HoverBar 3 is a flexible arm that attaches to your iPad, allowing your dad to mount the tablet in the office, kitchen, bedroom or anywhere he might use an iPad. The mount clips to any edge up to one inch in thickness, and has a pop out kickstand for when your iPad is away from the HoverBar.

HoverBar 3 ($99.99) includes three fit clips for use with the iPad 2, third- and fourth-generation iPads, iPad Air and iPad mini models. If you already have the older version of HoverBar, you can also buy the fit clips separately ($19.99) for iPad Air and iPad mini models. Other products from Twelve South worth looking at are the BookBook for iPad ($79.99) and BookArc for iPad ($29.99). 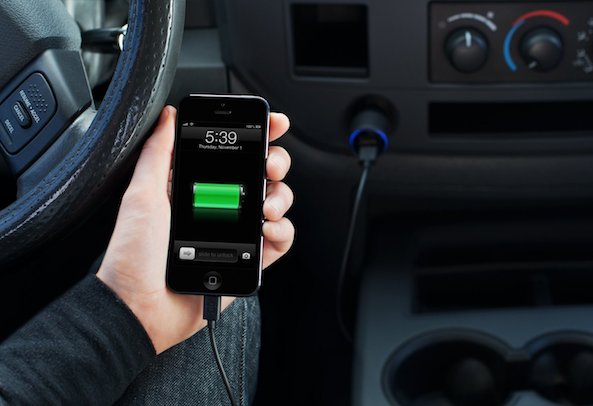 If your dad spends a lot of time in the car, be it daily commuting or a casual Sunday drive, the Belkin two-port car charger ($17.99), which includes a Lightning-to-USB cable, is the perfect gift for keeping his iPhone 5s, iPad Air or other iOS device with a Lightning port charged. The car charger has two rapid-charge USB ports at 2.1 Amp/10 Watts per port. 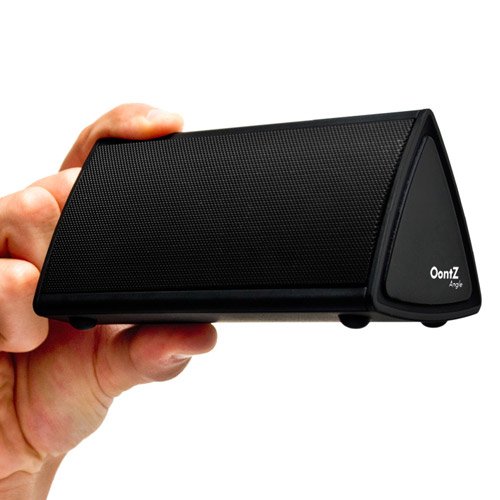 Advertised as both the perfect gift for fathers and students that are graduating is the OontZ Angle Ultra-Portable Wireless Bluetooth Speaker ($39.99). The black triangular speaker pairs with smartphones and tablets over Bluetooth to play music on the go, with a rechargeable battery that lasts up to 10 hours. The entire speaker weighs only 9 ounces and is ultra portable.

The OontZ wireless Bluetooth speaker is designed for virtually all smartphones and tablets that support Bluetooth: iPhone, iPad, iPod, MacBook, Samsung Galaxy S5, Galaxy Note, Amazon Kindle Fire HD, HTC Droid and One S, Nexus 7, Nexus 4 and more. The speaker includes the OontZ angle, USB charging cable and an audio cable. The OontZ Angle pouch is not included and can be purchased separately. 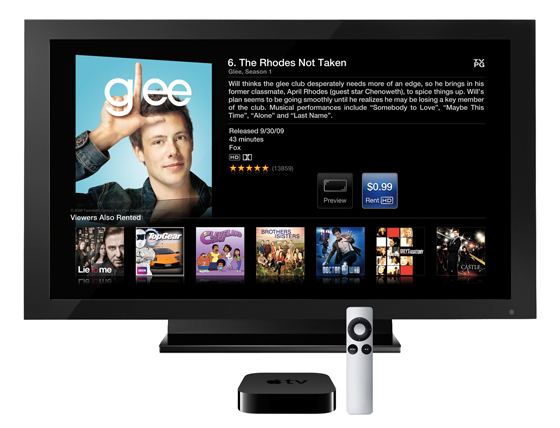 Maybe your dad is the type that just likes to kick back, relax and watch a good old movie on Netflix. If you don’t see anything your dad might like above, you can’t go wrong with the Apple TV set-top box media player. Then your dad can stream movies, TV shows, live sports, music, photos, videos, and more right to a widescreen TV. You can also pair your iOS device or Mac on your TV using AirPlay.

Apple TV is $99.99 on the Apple Store, although it is as low as $92.95 on Amazon. Just make sure that you know which Apple TV generation you are purchasing if it’s through Amazon, because some are older models. Don’t forget to purchase an HDMI cable off Amazon or elsewhere, as you’ll need one for Apple TV. If that is out of your price range, perhaps go with an iTunes gift card or Netflix subscription.