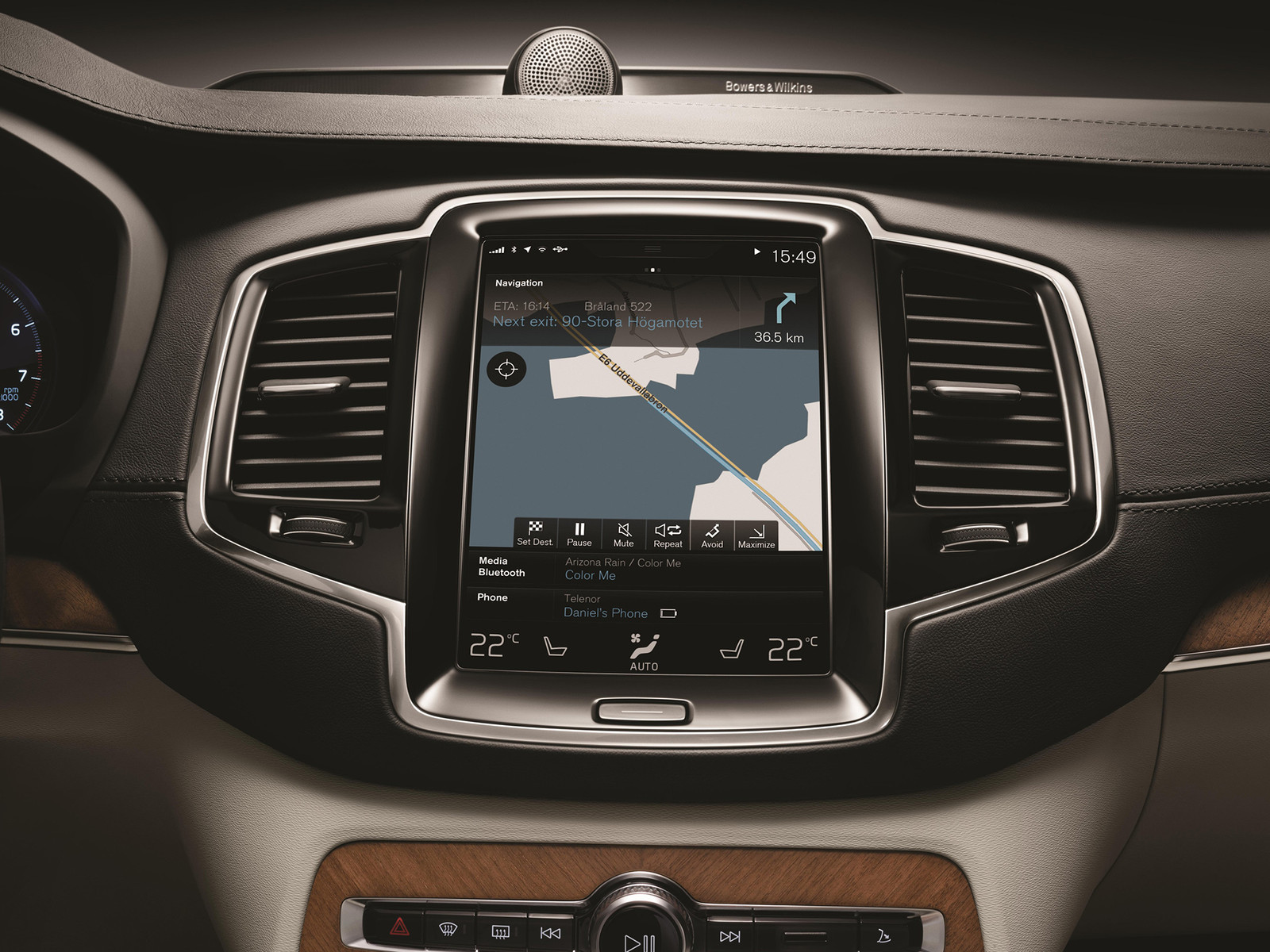 Aside from Mercedes-Benz and Ferari, Volvo is another launch partner for Apple’s in-car software feature, dubbed CarPlay. After recently announcing a new version of its popular XC90 SUV, the Swedish company today confirmed the vehicle files as its first car model with native CarPlay integration.

CarPlay on the XC90 is provided alongside Volvo’s built-in technology from Here and it enables familiar features like phone, navigation, music, Siri and more – all within an arm’s reach via the vehicle’s centre console touchscreen display…

Users will immediately recognise the well-known icons for their basic Apple applications, such as phone, messages, music and navigation.

In addition to the built-in touchscreen display, the XC90 has, a head-up display and thumb controls on the steering wheel. The touchscreen relays commands to an adaptive digital instrument cluster in front of the driver and projects vital stats on the head-up display on the lower part of the windscreen.

Its underlying software platform supports a range of integrated cloud-based apps for music streaming and other services, such as the world’s first integrated Park and Pay app.

The company back in March posted a nicely done video showcasing its CarPlay implementation. Although the car maker has not ruled out aftermarket CarPlay solutions for its vehicles, it did express concerns that such solutions would face “major roadblocks.”

We have not announced any plans for an aftermarket solution for Apple CarPlay. While I cannot reveal any potential future products, I can say that there are major roadblocks for this, both from a technical as well as from a usability point-of-view.

Volvo will detail the XC90 in depth ahead of a public unveiling at the Paris Motor Show in October.