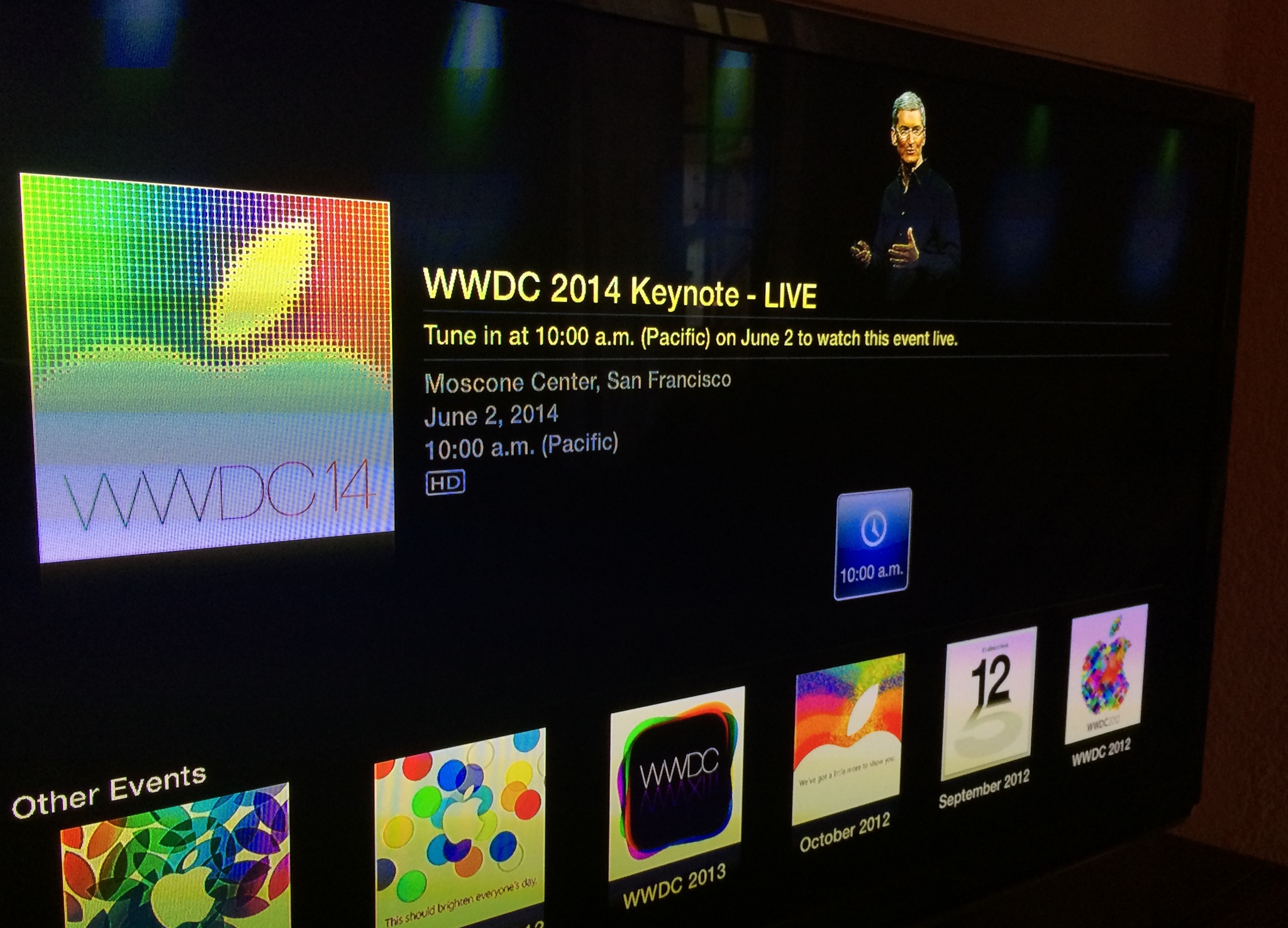 Ahead of today’s much anticipated keynote address – which starts at 10am PT / 1pm ET at San Francisco’s Moscone West – Apple has silently added a WWDC channel to the Apple TV owners’ Home screen.

As in years past, the Apple Events channel has been updated with the familiar WWDC graphics to reflect the upcoming event.

This makes good on Apple’s promise to stream the keynote live to the Mac and Windows users on desktop, as well as to Apple TV boxes and the iPhone, iPod touch and iPad devices, utilizing its industry-standard QuickTime architecture.

If the Apple Events channel has not popped up yet on your device, it should appear after restarting your Apple TV (Settings > General > Restart).

We’re of course expecting preview versions of iOS 8 and OS X 10.10 ‘Yosemite’ to be unveiled at the developer-only event.

Other possible announcements on tap, some of which Cody summarized yesterday, include an updated iBecacon technology, Apple’s rumored software platform for the smart home and what not.

And what are your expectations of this year’s WWDC?