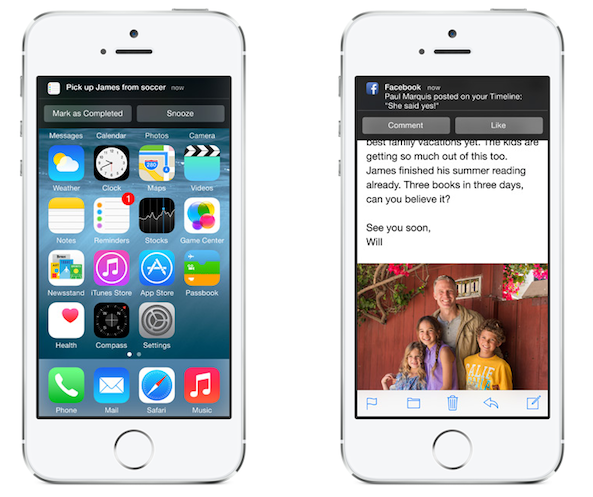 Now that it’s done talking about OS X Yosemite, Apple has moved on to iOS 8. And one of the first major new elements in the software is called Interactive notifications. This includes a couple of features, but without a doubt, the most notable one is quick reply…

Craig Federighi demonstrated the new feature on stage by showing a message notification popping up on an iPhone Lock screen, and within one tap, he was able to reply to the message without opening the Messages app. This has been a long-time requested feature, and a popular reason for iPhone users to jailbreak. 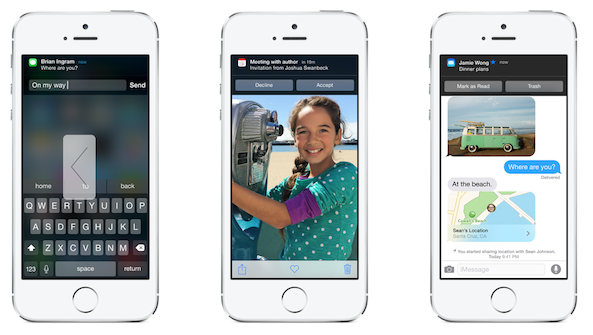 And Interactive notifications goes beyond quick reply. For calendar events, users will see Accept and Reject buttons appear next to a notification on their Lock screen or in Notification Center. So again, they won’t have to open up the Calendar app to address the notification.

Hopefully this functionality will eventually spill over to third party apps (i.e.: dismissing a Facebook Message without opening Facebook).