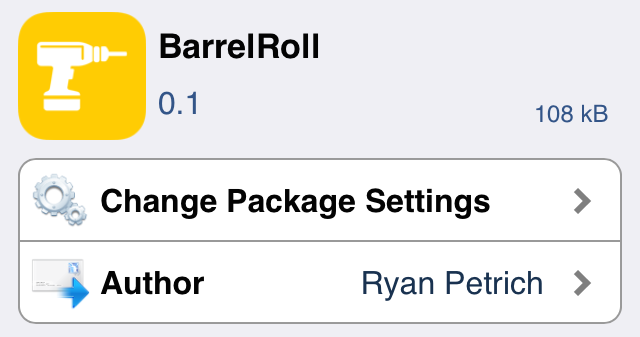 If you’re my age (32) then you’re probably very familiar with where the “Do a Barrel Roll” meme originated. It was from Star Fox 64, a game for the Nintendo 64. In it, one of the protagonists instructs you to “Do a Barrel” roll, which allowed you to miraculously dodge hails of bullets.

The phrase has since been eternalized by means of the Internet, and even Google got in on the fun with a hidden feature built into its search. iPhone users can now make iOS do a barrel roll as well. It’s possible by means of a recently developed tweak by Ryan Petrich.

The tweak, which is appropriately entitled BarrelRoll, allows you to make your iPhone do a Barrel Roll on command. Have a look at our video walkthrough for the full scoop.

Once you install BarrelRoll, you’ll need to head to Activator’s preferences in the stock Setting app. From there, you can assign the BarrelRoll action to your gesture of choice. As I always tend to do, I assigned the tweak to a double tap on the status bar gesture. 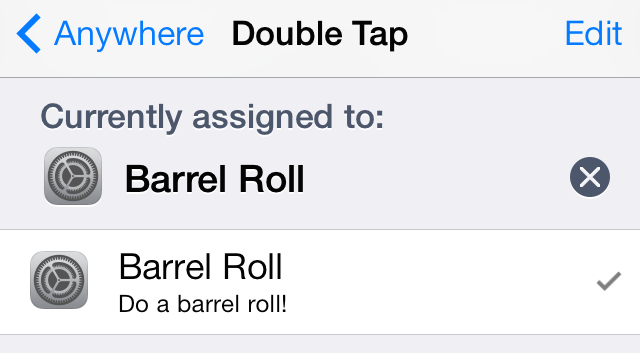 Anytime you want to make iOS perform a barrel roll, simply invoke the tweak using your assigned Activator gesture and iOS will barrel roll on command. It works at the Home screen, within apps, and you can even interact with iOS mid-barrel roll.

Obviously, this tweak is one of the novelty variety, and won’t be for everyone. But for those of you who grew up in my era, and are familiar with Star Fox, it’s a pretty awesome tweak to have. You can find BarrelRoll free of charge on Ryan Petrich’s beta repo: http://rpetri.ch/repo.

Let me know what you think about BarrelRoll in the comments. Would you use it?