With five days until Apple’s Worldwide Developers Conference, rumors are swirling that the company could announce some new hardware at the five-day conference and pundits are holding their breath for a long-awaited iWatch announcement.

According to the latest supply chain chatter, the device will indeed resemble a traditional wrist-worn watch and will even have a rounded face. Jump past the fold for the full reveal…

Analyst Brian Blair of Rosenblatt Securities visited Taiwan recently and talked to a number of Apple suppliers who claim (via Business Insider) that the iWatch is going to look a lot like a normal watch.

According to his supply chain sources, the iWatch will have a round face. Many people were expecting it to have a rectangular face, but Blair’s sources tell him it’s going to be round, like a normal watch.

If Motorola can do a smartwatch with a round face, why not Apple, I guess?

On a more serious note, the analysts’s sources claim the iWatch will have a similar look like Motorola’s Android-driven Moto 360 device (pictured below), except for a “slimmer profile.” 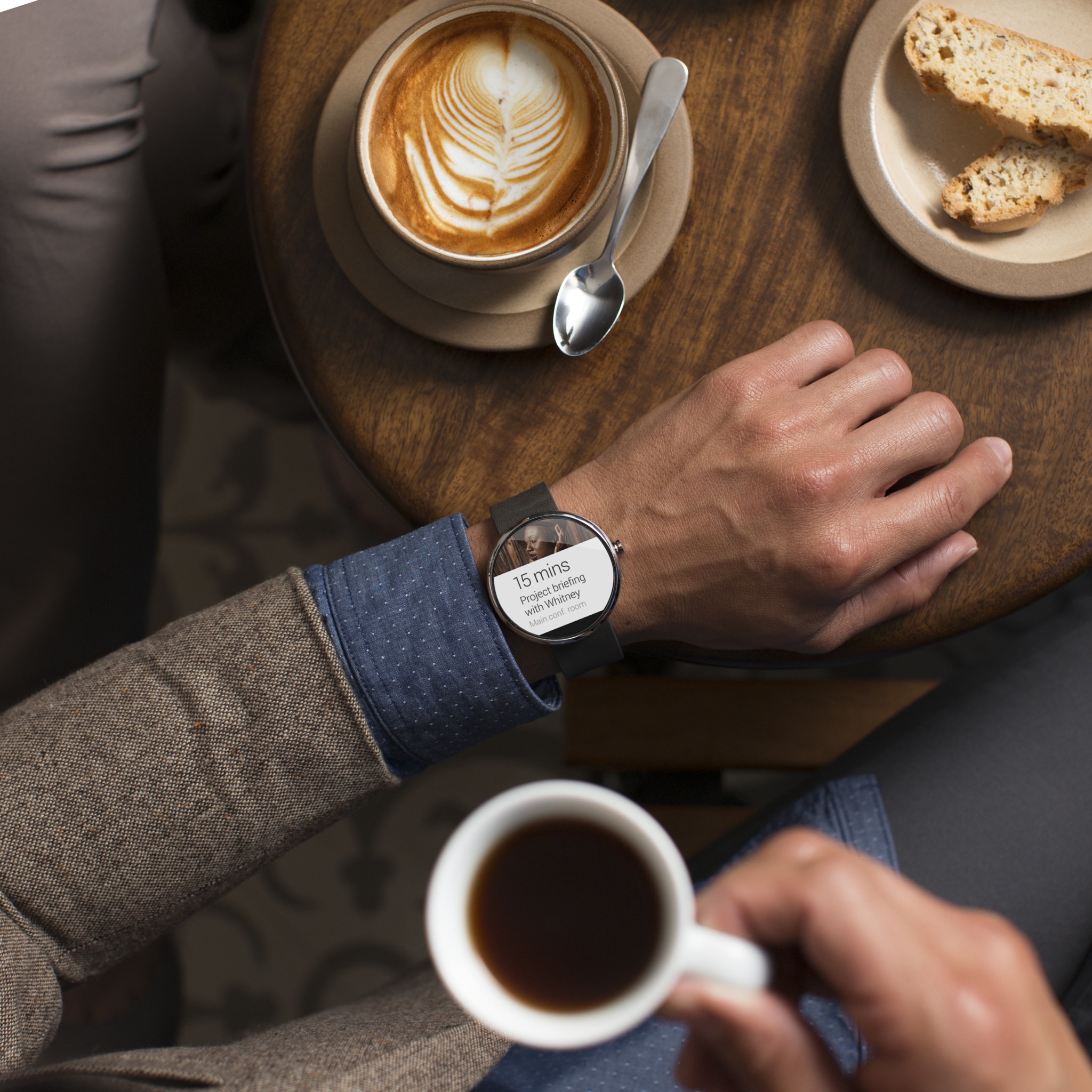 He’s also anticipating higher-than-expected shipments of 18-21 million iWatch units for the second half of this year, up from his previous estimate of 15-20 million.

Blair says the iWatch will go into production around July/August. There will be “models” of the iWatch.

We previously heard that the iWatch will come in two sizes, one for men and the other for women. The reliable KGI Securities analyst Ming-Chi Kuo in April mentioned 1.3-inch and 1.5-inch iWatch flavors.

Both should sport a flexible AMOLED displays with sapphire covers to protect from scratches. Kuo also said the device would have various biometric sensors and an NFC chip and be “fashionable”.

Lots of ink has been spilled thus far on the device.

As pundits scramble to envision how it would change our lives, analysts are trying to decipher what it could potentially mean for Apple’s bottom line. iWatch talk is further fueled by Apple’s hirings of medical professionals, wearable experts and fashion industry gurus.

Still, I have a hard time believing that the iWatch will resemble a classic watch.

Of course, I could also be wrong. Should Apple in fact release such a device, it will signal a significant shift in strategy for the Cupertino firm and perhaps signify Apple’s desire to become more of a fashion brand than brand.