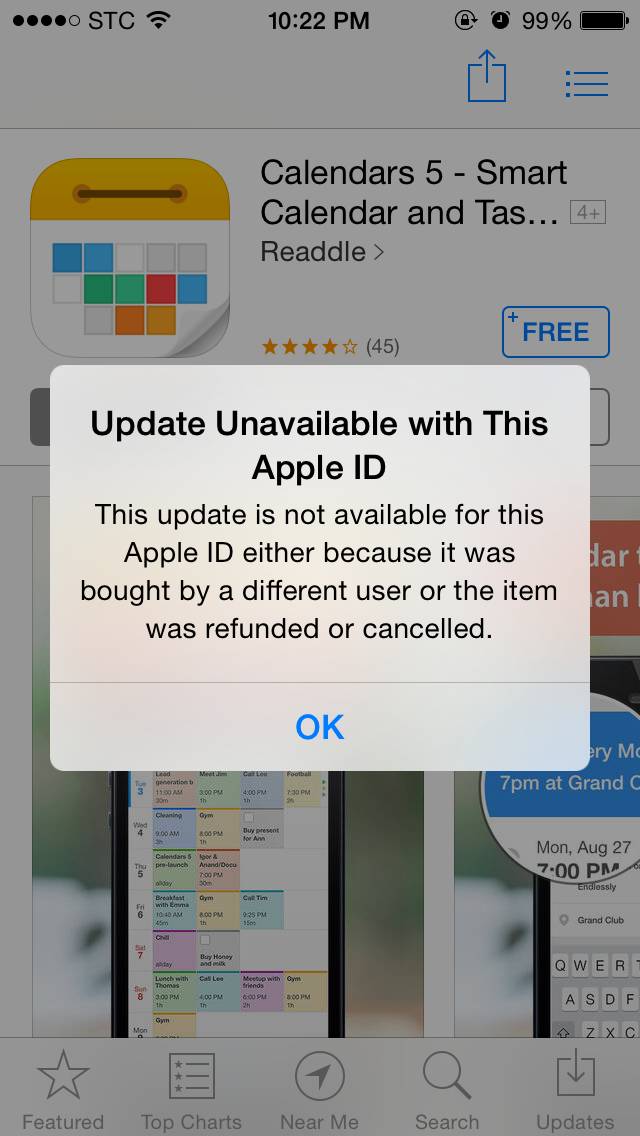 If you’ve ever asked for a refund on a Mac, iPhone, iPod touch or iPad app you purchased in the Mac App Store or the App Store, Apple somewhat unexpectedly did allow you to update your existing installations – even reinstall previously refunded apps.

That’s no longer the case. According to multiple reports, users who try to update or reinstall refunded iOS and OS X applications are now greeted with a prompt informing them that Apple no longer supports the practice…

Six days ago, iDownloadBlog reader from Saudi Arabia tipped me about this on Twitter, as evidenced by the screenshot top of post.

This update is not available for this Apple ID either because it was bought by a different user or the item was refunded or cancelled.

This has been later confirmed by Fantastical developer Michael Simmons who tweeted out a similar screenshot this weekend, as seen below. 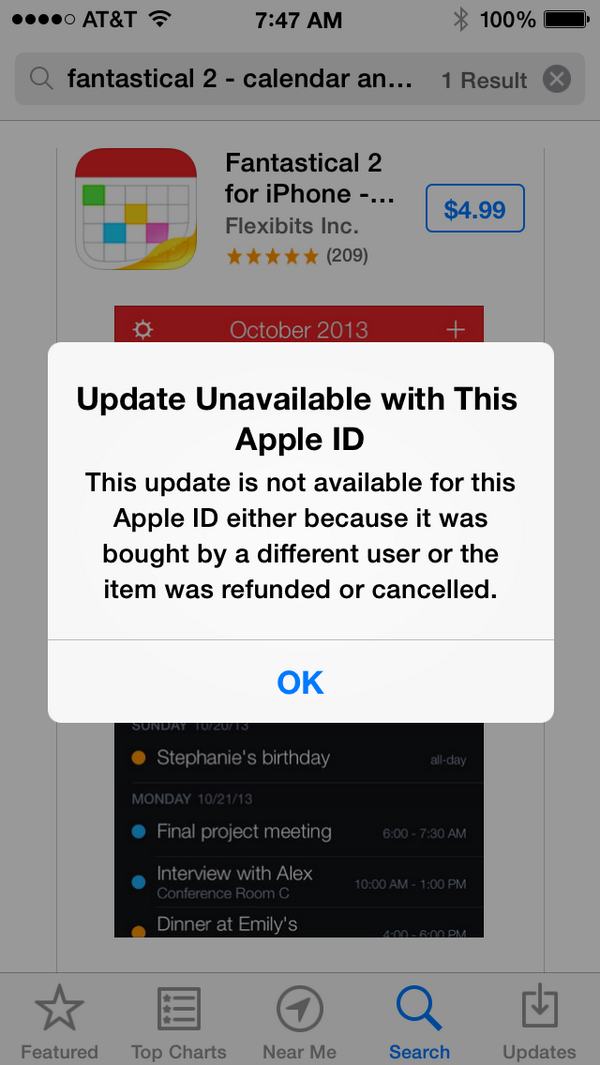 Mathew Schaffer confirms this is the case with the Mac App Store apps,

“I noticed this on the Mac App Store this week, as well,” he wrote on Twitter.

Several people cautioned that Apple hasn’t been allowing reinstalls of refunded apps for quite a while.

If true, then what’s new here is the prompt itself.

I think this is quite reasonable.

I can’t recall any digital retailer that would let folks continue to use, update and even redownload previously refunded content.

Although some will squawk about this, it makes perfect sense from developers’ standpoint to close the loophole for dishonest types used to game the system by purchasing an app, getting a refund and keeping the software.

Out of curiosity, have you ever asked for a refund on an iOS app? If so, what was your experience like? Also, can anyone confirm being able to re-purchase a refunded app?

I’m getting reports that this isn’t possible, which especially sucks when a previously paid app goes free, like Tweetbot. Oddly enough, Apple apparently won’t let you download or even repurchase previously refunded apps.