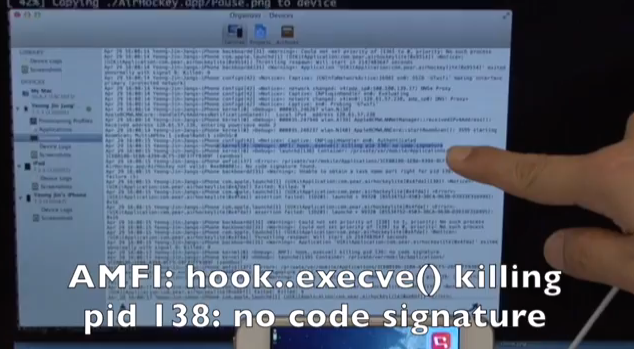 It looks like there is no shortage of jailbreak for iOS 7.1.1, with i0n1c recently teasing one, shortly followed by winocm. Georgia Tech student Yeongjin Jang is now the third person to come forward with a video demonstrating a jailbreak. Maybe more impressive than anything we’ve seen so far, Jang was able to jailbreak an iPhone 5s.

Note that we cannot embed this video as this feature has been disabled by Jang. To watch the video, simply click on the image below. 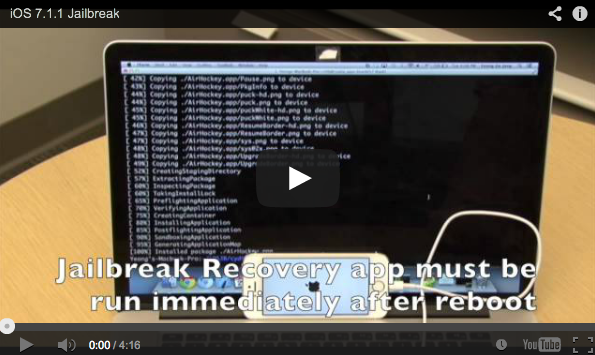 What does this mean for jailbreakers? Unfortunately not much. At this time, there is no indication that Jang would be remotely interested in releasing anything. Maybe more importantly, as we explained in our State of the iOS 7.1 Jailbreak post, we’re so close to WWDC 2014 and the first look at iOS 8, that it wouldn’t really make sense to burn exploits by releasing a jailbreak now when all the pieces could be saved up and used when iOS 8 drop.

Still, the abundance of jailbreaks being teased these days can only be encouraging for the future. We haven’t heard from the evad3rs in a while, so who knows what these guys have up their sleeves too.

In conclusion, we do recommend not to get your hopes too high. The likeliness of an iOS 7.1.1 jailbreak being released are very slim.