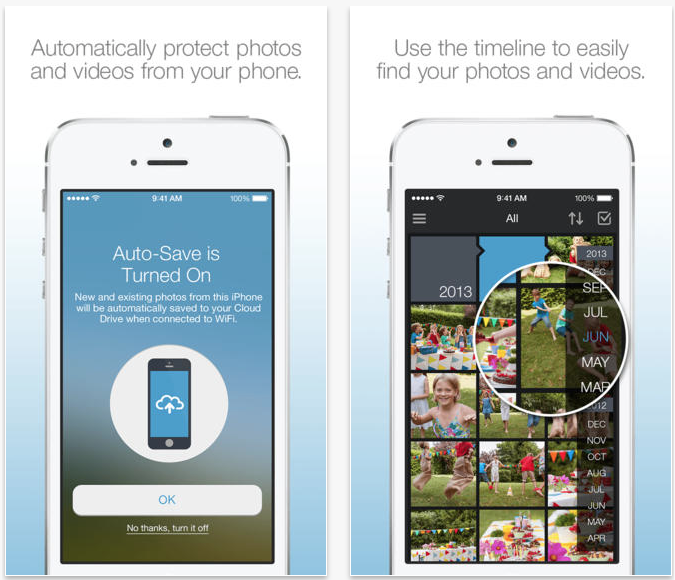 Amazon updated its Cloud Drive Photos iOS client this afternoon, bringing the app to version 3.1. The update brings about a new album view, as well as a new sorting feature, upload status indicator and various other improvements.

The new album view will allow Cloud Drive users to quickly scroll through their albums with large cover photos. And the new sorting feature brings the ability for users to sort their photos by either oldest to newest, or newest to oldest…

– New Album View: Quickly scroll through your albums with large, beautiful cover photos for each of them
– Upload Progress: See your photos as their being uploaded to the cloud
– Know when your photos were taken: Swiping through photos in the single photo view now lets you know when you transition between months or years
– Sort your Photos: Choose to see your photos newest first or oldest first
– Bug and Crash Fixes

In April, Amazon updated Cloud Drive Photos for iOS 7, refreshing the app’s UI design and adding a ton of new features including automatic uploading and Timeline, for looking at the history of your photos and videos with a single tap.

The app requires an Amazon login, but it does offer 5GB of storage for free. If you’re interested, you can find the latest version of Amazon Cloud Drive Photos for free in the App Store. It’s a universal app, so it works with iPhone and iPad.