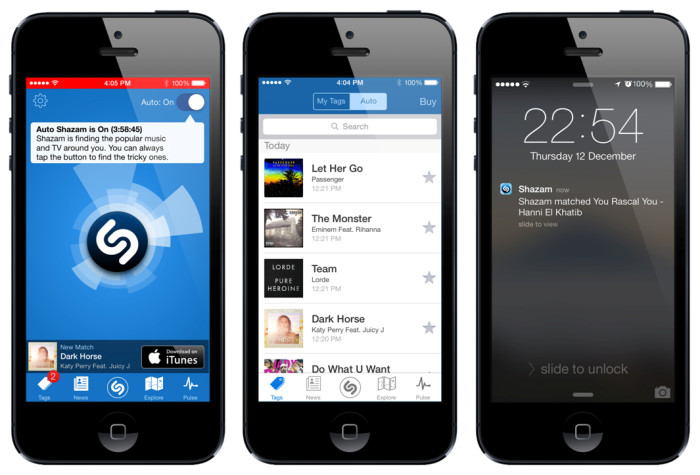 Shazam updated its mobile app this afternoon, bringing the iOS client to version 7.6. The update brings about a handful of improvements for the song ID software, including a new results page and support for LINE messaging.

The new results page makes for a better experience while ‘shazaming’ TV shows, as you’ll now be able to see a full cast list, as well as catch up on story lines and gossip. And you can then share those new results via the LINE app…

Here are your 7.6 release notes:

What’s New In This Version:

Shazaming your favorite TV show is better than ever with a new result page and easier access to music from the show. You’ll also be able to see a full cast list, read about the show and catch up on all the latest celebrity gossip.

You’ll now be able to share your Shazams with your friends via the LINE app. In addition, we’ll update your News to let you know when your favorite artists have a Ticketmaster concert nearby.

For those unfamiliar with LINE, it’s another popular messaging service with support for phone calls, MMS, voice notes and more. It’s fairly big in Asia and other regions outside of the US, and recently surpassed 400 million users.

As for Shazam, it’s worth keeping an eye on its moves going forward. Last month, Bloomberg reported that Apple may be partnering with the company to bake its song identification technology directly into a future version of iOS.

If you’re interested, you can find the latest version of the Shazam app in the App Store for free.