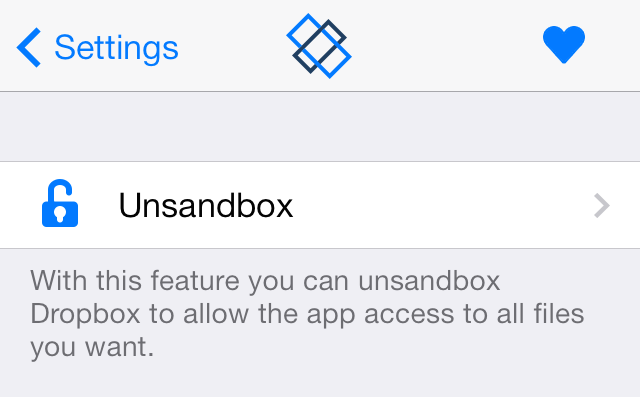 AllDrop is a brand new jailbreak tweak that just recently appeared on Cydia’s BigBoss repo. It’s a tweak that unlocks access to the native iOS filesystem for uploading to Dropbox.

By default, you can only upload photos or videos from the file picker in the Dropbox app, but with AllDrop installed, any file that you have on your device is uploadable. AllDrop is a powerful tweak, especially if you’re a heavy Dropbox user. Take a look at our video walkthrough after the break.

After you install AllDrop, you’ll need to head to the stock Settings app and find its preference panel. Inside of the AllDrop preferences is a single button that allows you to unsandbox the app. Tap the unsandbox button, and head to the Dropbox app.

Once the Dropbox app is open, press the ellipsis button in the upper right-hand corner to select an upload source, and tap the new AllDrop button at the bottom of the list. This will open a full list of files from the native iOS file structure, and it sort of looks like iFile when browsing it. 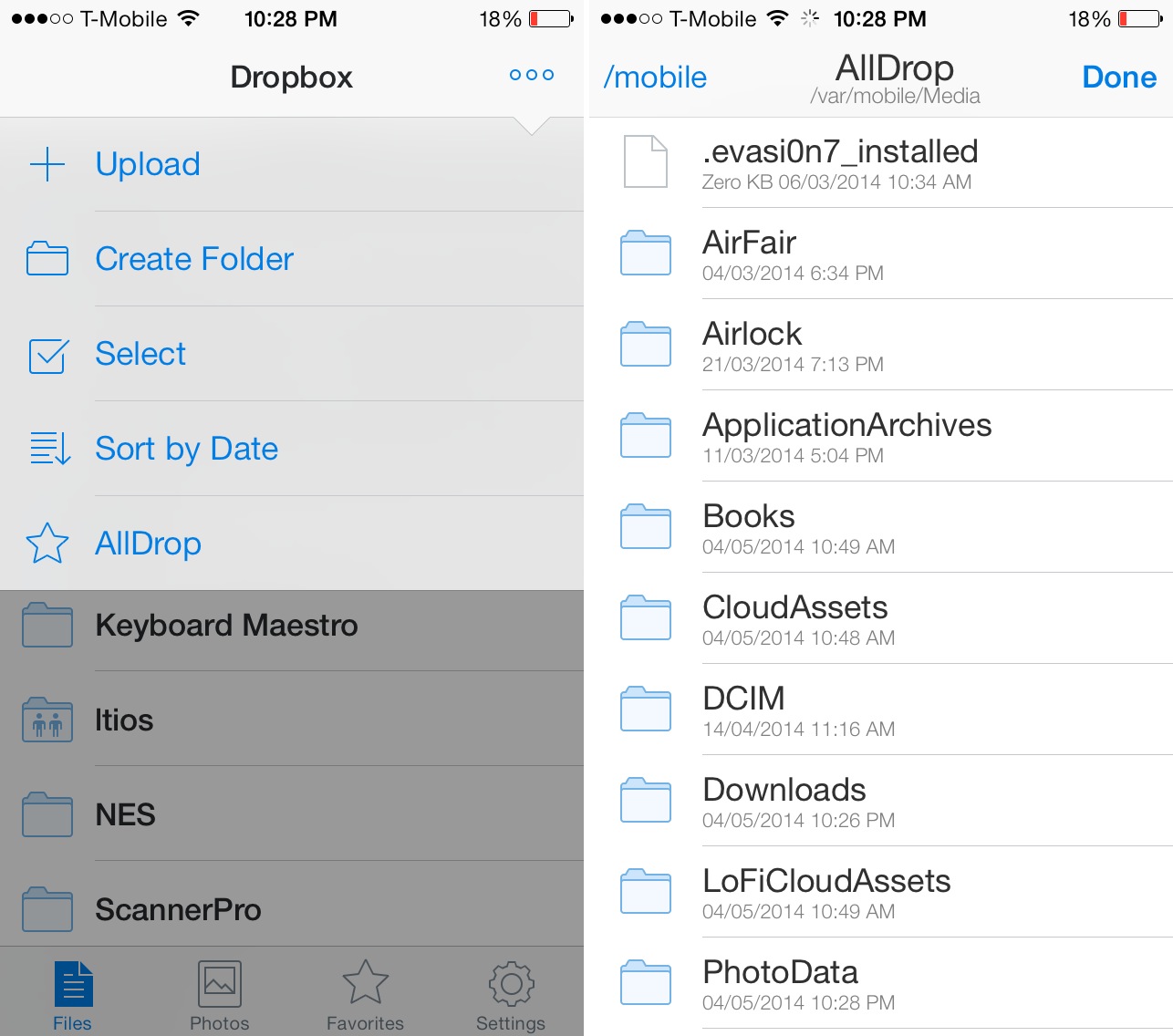 You can now select any of the files available in the native file structure and upload directly to Dropbox. No longer are you limited to just photos and videos.

Unfortunately, using AllDrop seems to have introduced an issue when trying to use the regular photos and videos upload. After AllDrop was installed on my device, Dropbox acted as if it no longer had permission to access the items from my Camera Roll when doing a normal media upload. I checked Settings > Privacy > Photos, and Dropbox was enabled, but I still couldn’t gain access to my photos. Even after uninstalling AllDrop, the issue continued to persist. 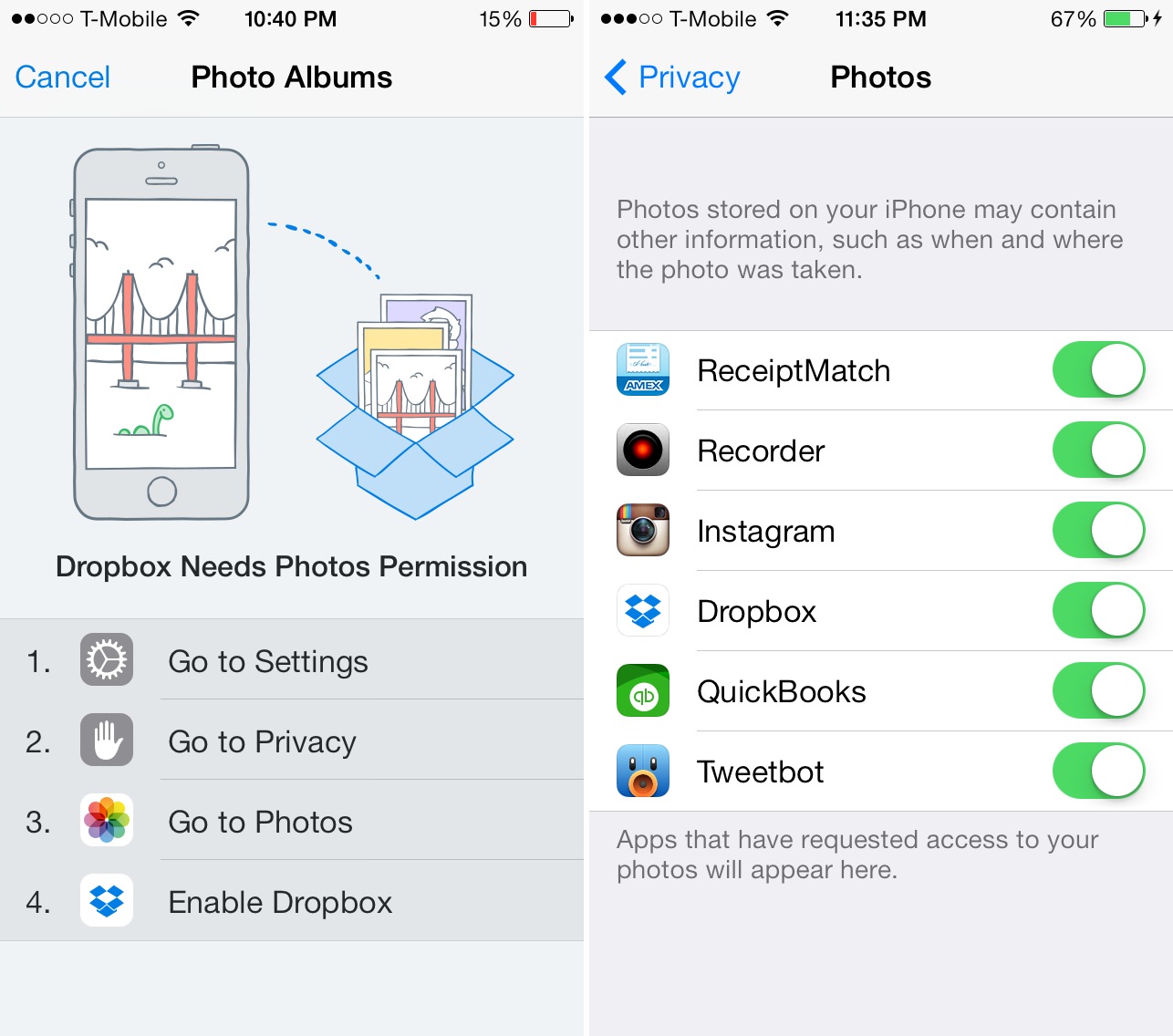 Of course, unless this is a massive coincidence, it looks like AllDrop has a few issues to work out before I can totally recommend the tweak. If you never use Dropbox for uploading photos and video, that’s one thing, but if you use Dropbox like it was intended to be used on iOS, I’d stay away until AllDrop receives an update.

AllDrop can be downloaded for $0.99 on the BigBoss repo. What do you think? Express your thoughts down below in the comments.