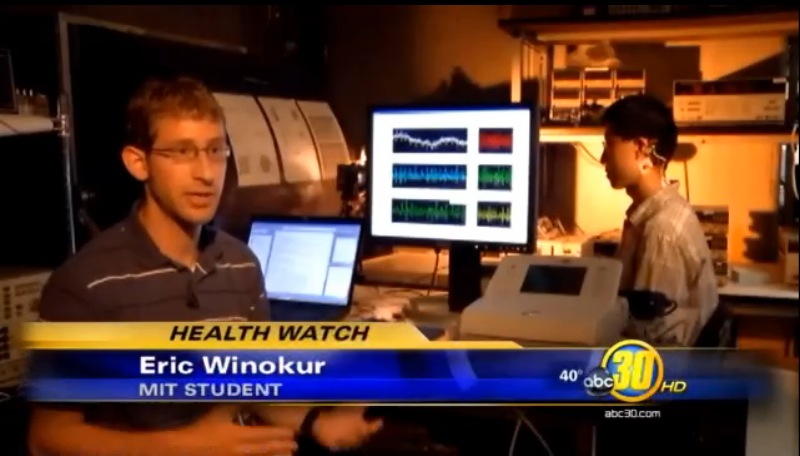 According to a source who spoke to MacRumors, Eric Winokur who does research at MIT’s Medical Electronic Devices Realization Center will be joining Apple’s wearables team in the coming weeks.

He’s the latest in a string of high-profile hirings of experts with diverse interests in medical devices, sleep monitoring, wearable tech and fashion design.

This isn’t talent Apple typically needs so these hirings serve as the strongest indication to date that the firm is assembling a star team to take on wearables.

And why precisely should you care about this particular hire? Read on as I lay out everything for you after the break…

Winokur is listed as an author on a number of academic papers focusing on cardiovascular ear-worn devices that measure vital signs.

His work was published in two 2012 papers, the first entitled “An ear-worn continuous ballistocardiogram (BCG) sensor for cardiovascular monitoring” and the second entitled “A wearable vital signs monitor at the ear for continuous heart rate and pulse transit time measurements.”

Ballistocardiography aims to measure the movement of blood into major vessels with each heart beat.

As a reminder, Apple’s rumored iWatch is understood to include heart and breathing monitoring and other features to track a person’s other vital signs such as the glucose levels and even blood chemistry levels (perhaps using non-invasive patches).

His experience includes “many aspects” of research and development in the electrical engineering field, with an emphasis on medical monitors.

If his paper on an ear-worn continuous ballistocardiogram sensor for cardiovascular monitoring is an indication, Apple should benefit from his experience.

The document describe a tiny device worn inside your ear, much like a hearing aid. It taps a built-in triaxial accelerometer to monitor vital signs. Winokur describes the device in a 2011 interview with ABC as measuring heart rate and blood pressure at your head.

Winokur listed some typical questions that patients will be able to get answers to using the device, “Is my medication working? Should I increase it? Should I decrease it? What’s my overall health?”.

Conveniently enough, Apple has collaborated with a company called ReSound on its first ‘Made for iPhone’ hearing aid.

The hiring of Winokur could also be important in the context of a seemingly crazy rumor that originated earlier today on the increasingly inaccurate anonymous information sharing platform Secret.

The gist: Apple’s upcoming EarPods headphones will have health sensors in them.

Apple’s new EarPods will have sensors in them, for heart rate & blood pressure. Also iBeacons so they don’t get lost. They will require the Lightning port, it’s why the audio jack was moved to the bottom.

Granted, the rumor is as wild as these things go. The need for the Lightning port to transfer data from the EarPods to an iPhone? Seriously? 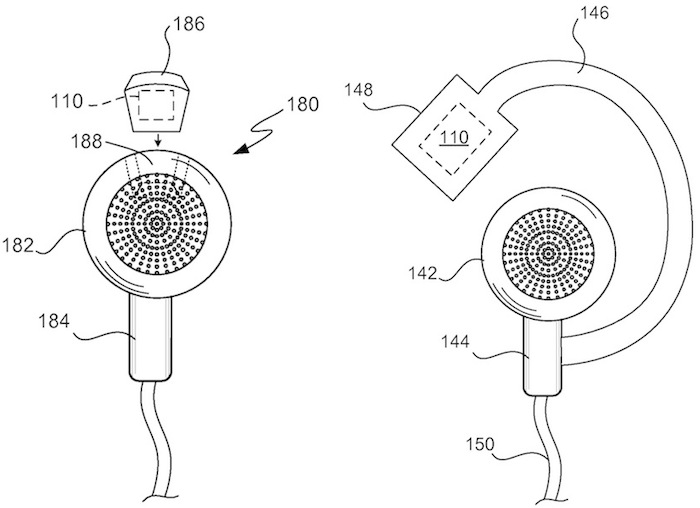 As funny as it sounds, this particular rumor actually roots back to research Apple did in 2006 and 2007, just before the unveiling of the original iPhone. As another MacRumors article explains, a March 2007 patent application proposes integrating health sensors into iOS device accessories.

In one embodiment, Apple outlines headsets having one or more integrated sensors that collect physiological data end feed it to a host iOS device wirelessly, or using the same cable through which audio signals are transmitted to the headset. 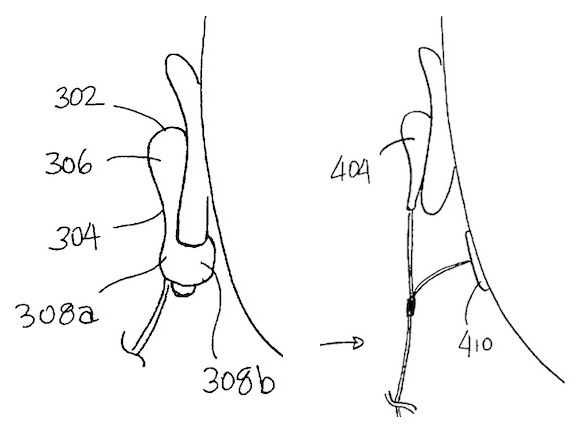 The filing also explores a sensor of sorts which could be clipped onto earlobe (left on the above drawing) or adhered to the skin (right).

Either way, the sensor would track a person’s pulse and oxygen levels. The iPod Godfather Tony Fadell, who left Apple in 2008 to found Nest Labs, and Apple’s accessories chief Jesse Dorogusker are listed among the inventors.

The upcoming iOS 8 is said to include a new Healthbook application designed to aggregate health and fitness related data from a variety of sources, be it third-party applications on the App Store or dedicated accessories such as fitness bracelets and health bands or specialized medical and sports devices and what not.

Can you guys please enlighten us: what do you make of all this?