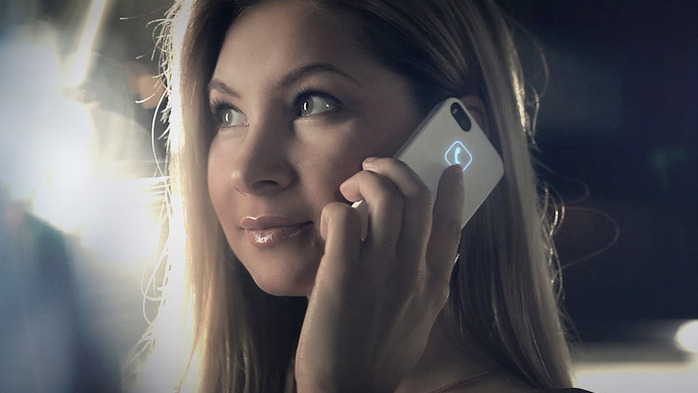 An interesting new iPhone case is garnering some attention in the tech world right now. It’s called the Lunecase, and it features a built-in LED alert system that can let you know when you are receiving a phone call or text message via a glowing icon.

That may not sound like a big deal, but the real trick is that it’s able to do this completely wirelessly, without the need for any batteries or a connection to your iPhone. And it pulls this off by utilizing the electromagnetic energy emitted by the device… 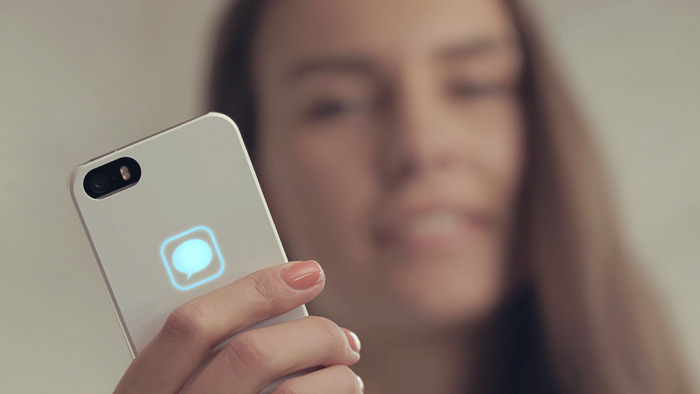 Here’s the developers’ description of the tech:

Electronic devices emit very small amounts of electromagnetic energy. The energy surrounds most technological products in our daily life. People have endeavoured to harness this energy and make it usable. We decided to transform the unused energy from the iPhone into a notification system on the back of the phone. Thus, we started to use the unused.

Some folks have expressed concern over the fact that their devices are emitting enough ‘invisible’ energy to power LEDs, but it’s worth noting that phones today emit far less electromagnetic energy than they did 5-10 years ago. It’s a very tiny amount.

So how does it work? Well the case itself is made of a hard, durable material, and features a snap-on design. Once attached, the case will alert you of an incoming call or text message, before it pops up on your iPhone’s screen, using light-up LED icons.

The group already has a working prototype, and has taken to Kickstarter to raise money for production. Unsurprisingly, the project has already surpassed its $50,000 fugoal with 36 days left to go. You can still get on the pre-order list with a $40 pledge.

The Lunecase comes in both white and black colors, and is available for all GSM models of the iPhone 5, 5s and 5c. Domestic shipping is included with the pledge price (add $5 for International), and the accessory is expected to be ready to go by August.

So, what do you think of the Lunecase?