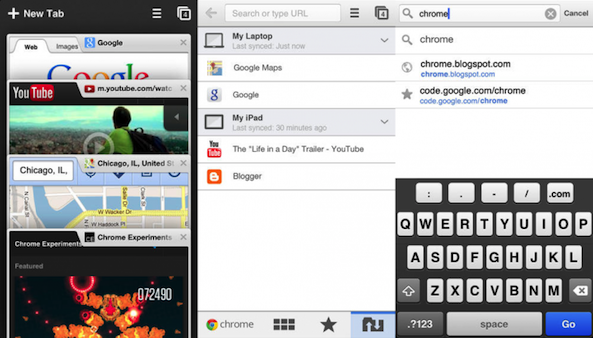 Google rolled out an update for its mobile Chrome browser today, bringing the app to version 34.0.1847.18 (c’mon Google). The update includes a new ‘feature tour,’ which offers new users an overview of the browser, and other minor enhancements.

Among those enhancements is a tweak to Chrome’s omnibox. Autocomplete in the omnibox now supports right-to-left languages, which should appease some international users. There’s also the standard cluster of security, stability, and bug fixes…

What’s New in Version 34.0.1847.18
• Take a tour of the features Chrome provides when you start it for the first time
• Autocomplete in omnibox now supports right-to-left languages
• Stability / security improvements and bug fixes

Google has also been showing the desktop version of Chrome a lot of love lately. Last month, Chrome for Mac was updated with new rich desktop notifications via Google Now alerts. And before that, it pushed out an update to beef up malware protection.

If you’re already a Chrome user, you can download today’s update in the App Store using the Updates tab, otherwise you can download the entire version of the app by clicking here. It’s compatible with both the iPhone and the iPad, and of course it’s free.