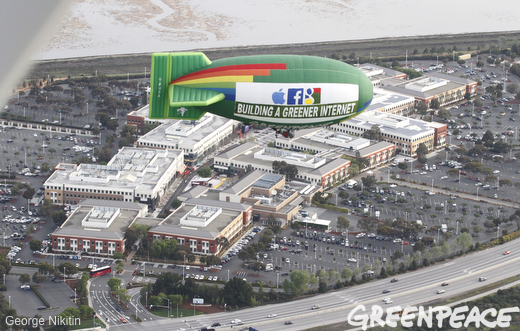 Apple continued its Earth Day PR push this morning, taking out print ads in UK newspapers. The company has thus far painted the leaves on many of its Apple Store logos green, released a video with Tim Cook and announced a new recycling program, and today it took out full page ads to tout its environmental efforts.

The advertisements show a large image of the enormous solar farm that runs Apple’s data center in North Carolina, and talk about the company’s work to reduce its impact on climate change. But perhaps the most interesting about the ads is that they take a not-so-subtle jab at Samsung and their ongoing patent lawsuit…

Here’s the ad via AppleInsider: 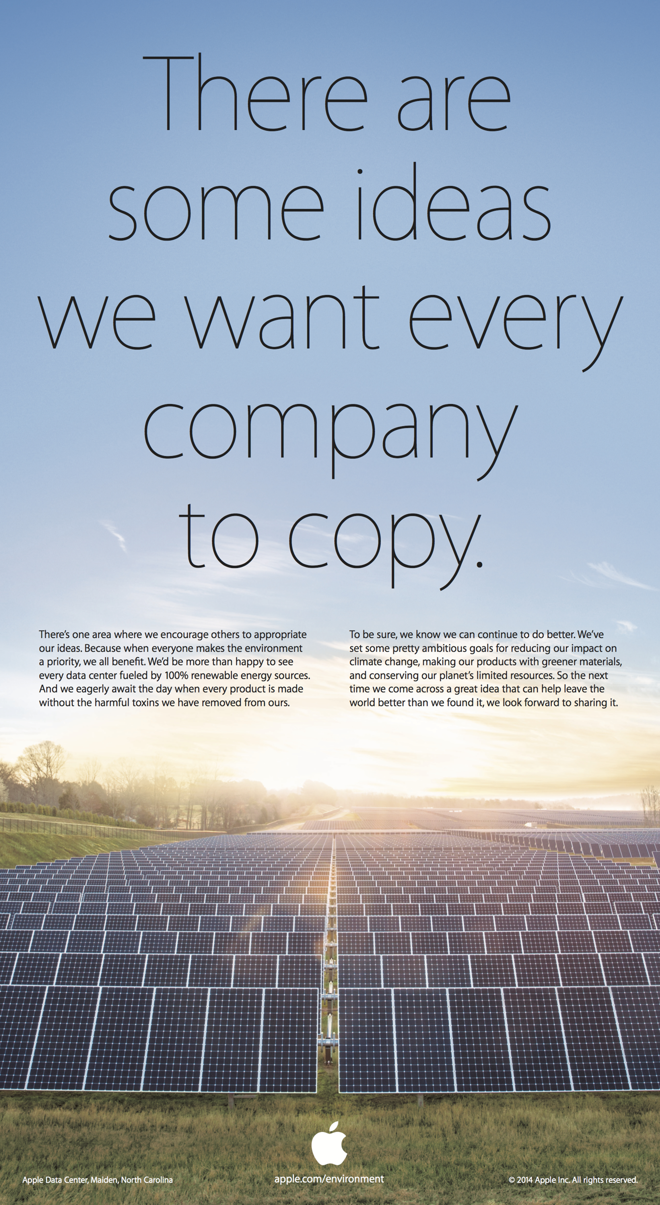 The tagline ‘there are some ideas we want every company to copy’ alludes to Apple’s ongoing patent war with Samsung. The two tech giants are currently battling it out in a northern California courtroom, with Apple claiming Samsung infringed on 5 of its software patents, and Samsung saying Apple infringed on 2 of its patents.

To be fair, the iPad-maker does have some room to gloat, as it was recently recognized by Greenpeace for its efforts to ‘build a cleaner Internet.’ In fact, the environmental group gave Apple a perfect Clean Energy Index score of 100%, putting it more than 70% ahead of Microsoft, 50% ahead of Google and 85% ahead of Amazon.