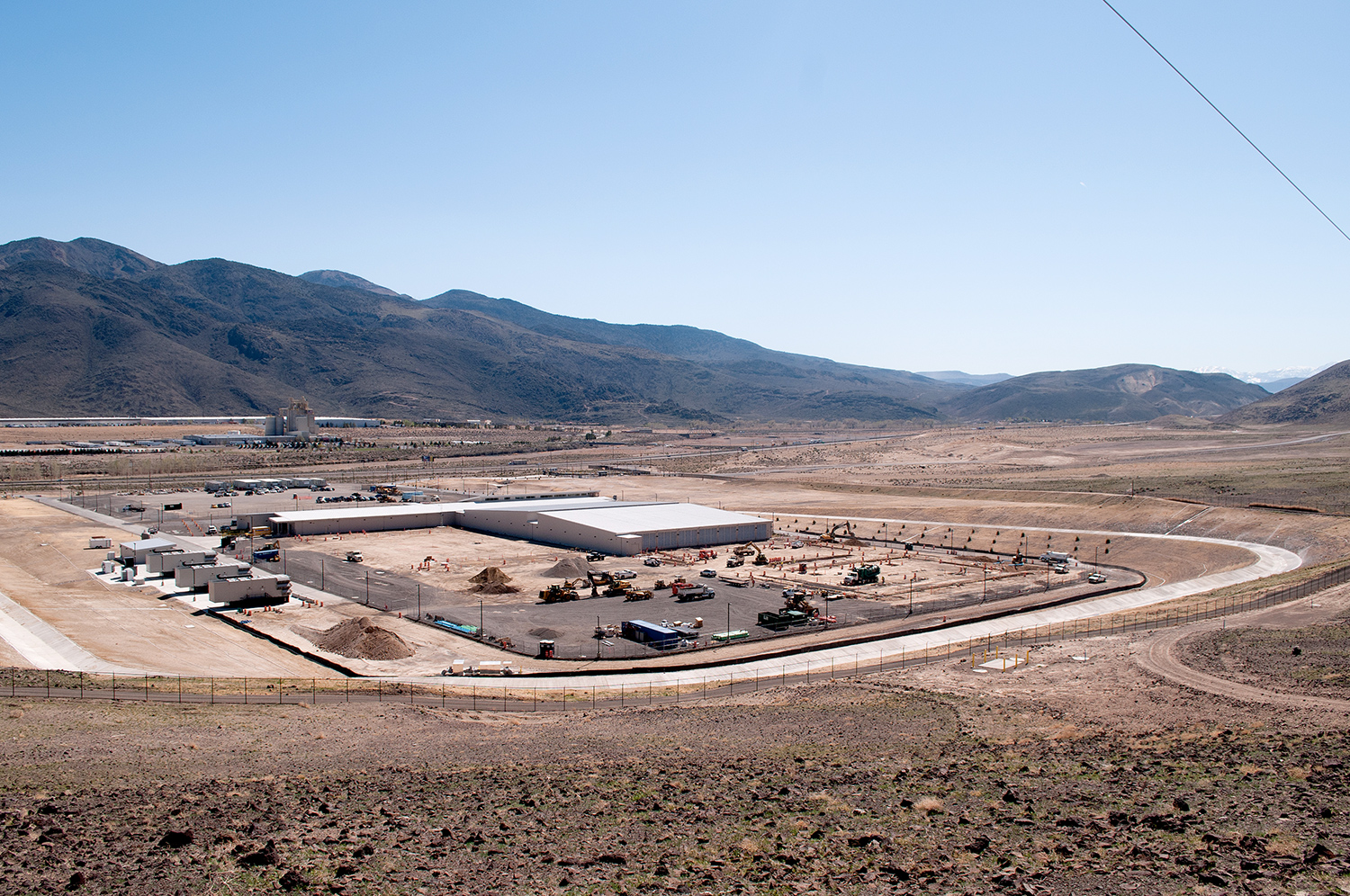 In another sign that Apple under Tim Cook’s leadership is opening up a little bit more in a stark departure from the notoriously secretive operation it’d been under the Steve Jobs regime, Wired’s Steven Levy was able to get a rare inside look at Apple’s newest data center in the Nevada desert and a massive solar field in Yerington that “takes up as much space as a sizable suburban backyard”…

Jackson as the Administrator of the Environmental Protection Agency until Apple approached her with an offer a year ago to oversee its environmental policies. She took the job and last October presented details on how Apple internally measures its green projects and their success rates.

Levy notes that the Nevada facility will include thousands of servers to power various iCloud services, from Siri and FaceTime to the iTunes Store and what not. Even a boring facility like a server farm has a certain Apple vibe to it, explains the author:

Yet there are subtle hints that this is an Apple facility, even if Jony Ive didn’t draw up the plans. The outside of the administration building has some sweet design elements, like decorative strips of terra cotta paneling in three shades of red, giving it a feeling of a desert lodge.

The halls are festooned with huge, neatly hung photographs of tiny details iPhones and other Apple devices. Even the computer rooms seem to have an Apple vibe—they’re not so industrial.

The doors to the hot aisle have frosted glass, like lavatory doors at a hip restaurant. The air-cooled facility is relatively quiet; unlike some other data centers, no earplugs required. You get the feeling you could probably eat off the server floor.

The upcoming data center uses a “spine and cluster” arrangement where the spine is actually a quarter-mile hallway binding together eight buildings, each one a pair of two symmetrical structures, for a total of sixteen independent server rooms. 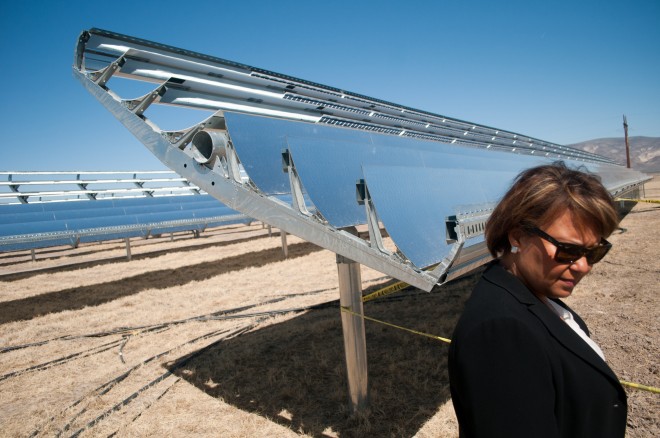 Only one server building is completed and online, as pictured top of post, with the second one currently under construction.

The facility sucks the hot Nevada desert air through a wall of filters “by a bank of giant turbine intake fans” and then pumps it into the server floor to keep the computers operating at the optimum room temperature of about 80 degrees.

“On very hot days, Apple has to cool the air, using a technique called evaporative cooling, which exposes the air to moisture,” reads the report. 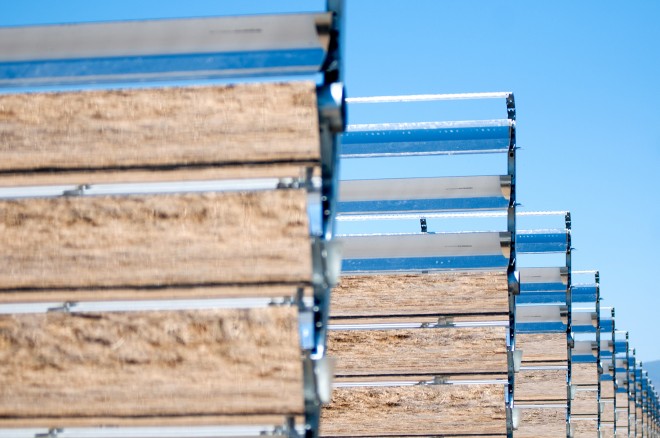 “In reporting this story, I was allowed to describe everything I saw, with one exception: the manufacturer of the servers,” notes Levy, adding Apple is not using arrays of Macs.

In describing her role at Apple, Jackson shared reflected on this interesting aluminum anecdote.

Jackson took notice last year when an engineer told her that he felt something wasn’t right with the way Apple measured that impact. Later, a second engineer reported similar suspicions. In her telling, Jackson could have dismissed this disquiet by noting that Apple was simply conforming to the standard methods of measuring the damage in a given process.

But she encouraged efforts at Apple to revisit those standards. Indeed, Apple’s reexamination discovered that using the conventional yardstick, it was dramatically underestimating the emissions its aluminum use was dumping into the atmosphere—by a factor of four.

Apple had to adjust its figures to reflect this. As a result, the company did not fulfill its expectation that its carbon footprint would be ten percent smaller in 2013 than previous years—it was nine percent larger. Apple would have to work harder to make its goals.

Other tidbits worth mentioning:

The timing of Apple’s press tour is not coincidental: tomorrow, like every year on April 22, over a billion people in 190 countries take action for Earth Day. To support the green movement, people on Earth Day typically plant trees and clean up their communities.

Apple’s way of celebrating this year’s Earth Day apparently includes changing the logo color of its worldwide retail stores to green, similar how the firm celebrated the World AIDS day.

Apple also posted this morning a green-focused company video titled ‘Better’ in which Tim Cook himself provides the voiceover and has updated the Environmental Responsibility microsite with latest data on its green efforts.