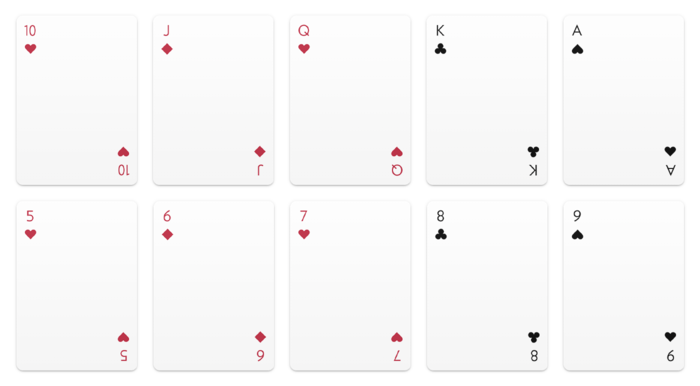 Australia-born user interface designer Robert Padbury was employed by Apple for nearly three years. In his Senior UI Designer role with the company, Padbury was helping create the visuals for a range of consumer and pro applications for the Mac and iOS.

Prior to joining Apple, he worked with numerous startups including Stipple, Cooliris, Gaia Interactive, Tapulous, DoubleTwist and more.

Now self-employed, Padbury is providing creative services like software design, identity design and design strategy for clients such as Uber, Forage and Stipple. His latest project involves applying Apple’s principles of clean and striking design to such ordinary objects as a deck of cards…

His $19 playing-card project dubbed the Atelier in just two days exceeded his goal of raising $7,500 on the crowdfunding site Kickstarter. The card deck, seen top of post, was inspired by the opening credits of the 2006 James Bond film, Casino Royale. 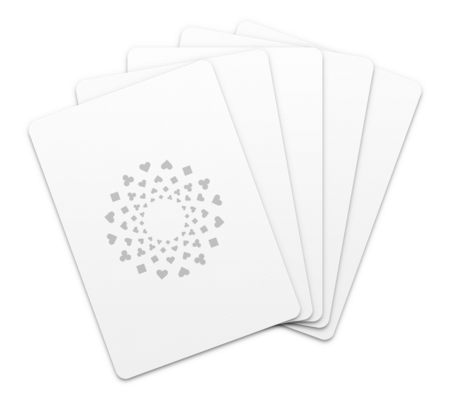 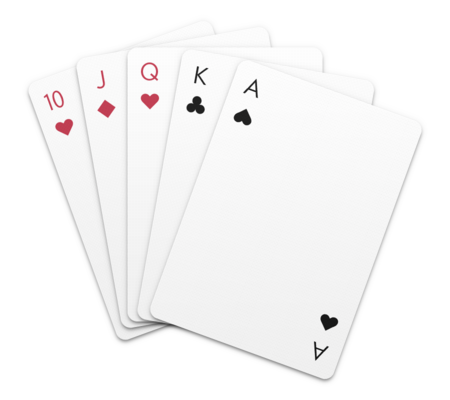 The back of each card features stylish hearts, spades, clubs and diamonds arranged in a circle, with the face showing the number and suit on two corners. Playing cards typically have the number and suit in all four corners so Padbury’s typography-centric design leaves an expanse of blank space in the middle.

The most important part is the bit in the corner because that’s what you see when you’re holding the cards. So you end up with this really beautiful, clean design.

Playing cards have been around for hundreds of years. I wanted to approach it as though there was no history.

More from the Kickstarter page:

With the face cards reduced to a simple icon, I wanted to do the same to the numeral cards. I came up with a single shape that could represent the value and suit of the card. By placing the suit in a simple geometric shape, you could effectively create an identity for each card.

His Apple thinking extends to the beautiful packaging, too! 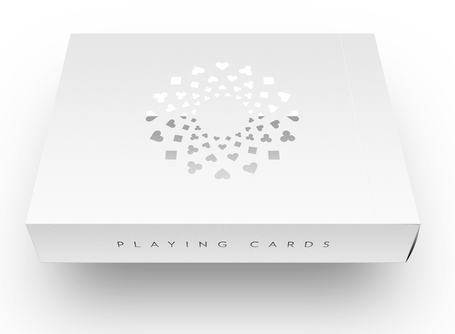 “I say we all pile on and make this project a big hit,” remarked Gruber on his Daring Fireball blog.

The promo clip on Kickstarter is reminiscent of Apple’s promotional videos.

“I’m really excited to bring this project to life, and I think you’ll find the end results will be pretty incredible,” he enthuses in the video.

According to his LinkedIn profile, Padbury had worked at Apple between February 2011 and September 2013. He was on the iLife Design team where he helped create icons and user interfaces for iPhoto, iMovie and Garageband for Mac and iOS.

He also contributed content to Final Cut Pro X and designed the app and document icons for Logic Pro X and Logic Remote.