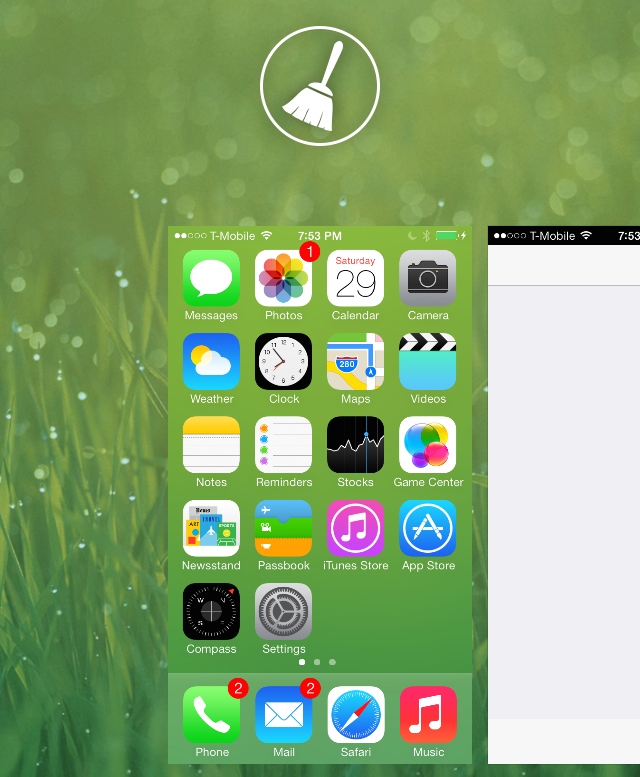 Clear Background Apps is a recently released, and extremely simple, jailbreak tweak that’s available on Cydia. It lets users quickly kill all apps using a button found at the top of the iOS 7 App Switcher.

If you’re looking for a quick method for easily getting rid of all running apps on your device, it doesn’t get much simpler than Clear Background Apps. We’ve taken it for a brief test drive inside; check past the break to see how it works.

Once you install Clear Background Apps, you can begin using it immediately. There are no options or settings to configure in the stock Settings app; just install it and go.

There are, of course, other jailbreak tweaks out there that allow you to quickly kill all apps. Some of the other tweaks available contain options for setting up restrictions, exemptions for certain apps and the like. But if you’re looking for tweak with no added bells and whistles, something that allows you to quickly kill all running apps with no fluff, then this might be the tweak for you.

Clear Background Apps is available free of charge on Cydia’s BigBoss repo. Give it a whirl, and report back down below in the comments.