A new batch of renderings depicting Apple’s next iPhone is making the rounds on the web this morning, and with a good reason. French blog NowhereElse has teamed up with prolific 3D artist Martin Hajek to envision what the iPhone 6 could look like.

But rather than pull specs out of thin air to justify impossible or downright stupid features, the renderings are actually based upon the leaked schematics of a 4.7 and 5.5-inch iPhone form factor discovered by Japanese blog Macotakara.

In my personal opinion, these are the most compelling, most plausible iPhone 6 mockups to date. Jump past the fold to have a look at them and then chime in with your thoughts in the comments…

Kudos to Nowherelse and Martin Hajek for bothering to think differently.

As you can see for yourself, the envisioned device is a dramatic evolution of the existing iPhone 5s concept with some familiar features like Lightning I/O, the Touch ID Home button, front-facing FaceTime camera and standard holes along the bottom for the speaker, mic and a 3.5mm jack – except for the volume buttons which in Hajek’s mind should be a single rocker (and I concur). 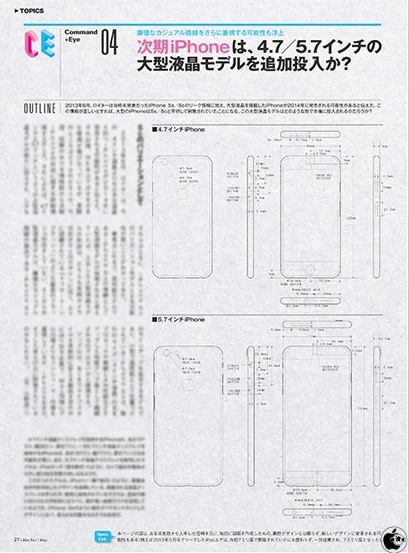 The bezel-free screen and slim profile depicted on the images are based upon the recently leaked schematics depicted above, which also includes a single-bulb circular flash next to the rear camera not incorporated in these renderings.

If you’re wondering, the rumors point to a 7.1mm thin device (the iPhone 5s is 7.6mm thick) that should be lighter than the 5s. Is that an all-glass back? Strengthened with thin sheets of sapphire, perhaps?

I love the smooth, rounded edges – notice the gaps that separate the antennas. I wonder about the battery performance given the larger enclosure with more room for components.

A gold variant follows below. 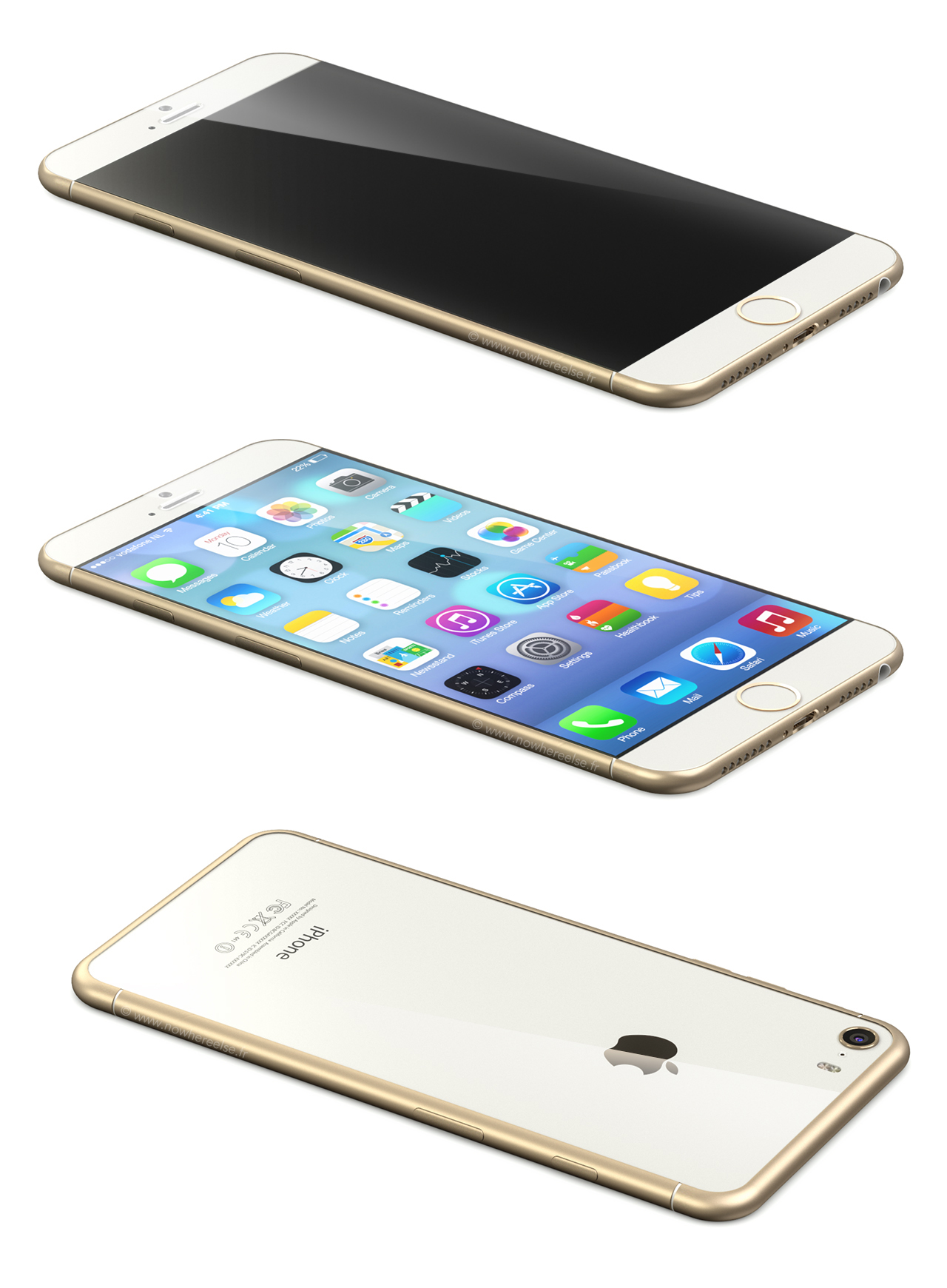 Of course, this concept is entirely based on the presumption that the leaked iPhone 6 engineering drawings, which we have no way of confirming at this stage.

What do you think of this concept so far?

Is it plausible? Can Apple engineer a device this skinny?

Is this design something you could see coming out of Jony Ive’s kitchen?