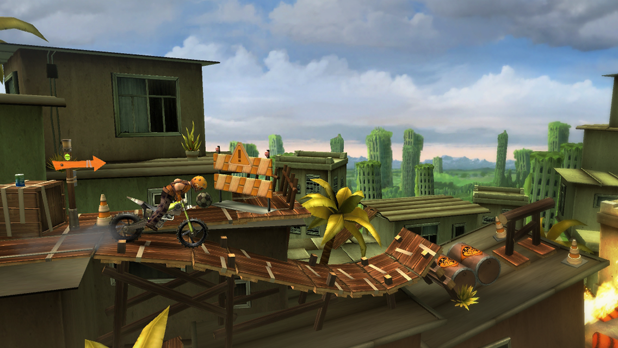 Ubisoft yesterday announced that it will be releasing a brand new iOS game, Trials Frontier, on April 10.

Trials Frontier is being billed as a social racing title with physics-based gameplay, featuring a compelling storyline, friendly competition and “a massive content stream.”

The game will release for the iPhone, iPod touch and iPad and you can trust us to keep you in the loop.

In the meantime, jump past the fold and check out a nice gameplay video and learn more about this promising looking title…

According to Ubisoft, Trials Frontier fits in Ubisoft’s existing Trials franchise on desktop and consoles, such as Trials Fusion which is heading to the PlayStation 4, Xbox One, Xbox 360 and PC on April 16 as a digital download for $19.99.

In fact, Trials Frontier will let you unlock bonus rider gear when you connect the game to the upcoming Trials Fusion.

Check out the Trials Frontier trailer below.

Just like any other Trials game, Frontier is jam-packed with over-the-top tricks and an astounding assortment of crazy characters and spectacular settings. This time around, players will unlock isolated villages in a futuristic Wild West-like setting.

Trials Frontier is due on iOS devices on April 10, 2014 as a free-to-play download. The game will also be releasing on Android devices at a later date, Ubi said.

Explore a vast world on your motorcycle. Compete against your friends on Global Leaderboards. Master physics-based tracks to challenge the world’s top riders for the best times. Race your motorcycle through a world of adventure, crazy characters, and unfairly addictive tracks.

Some of the key features include the following:

By the way, the game soft-launched in a few countries last year, including Canada.