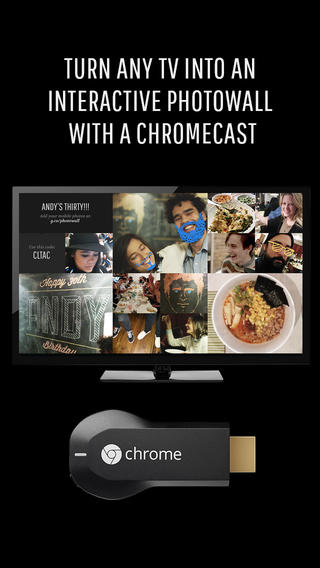 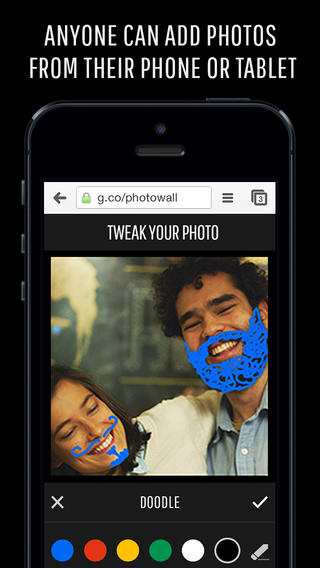 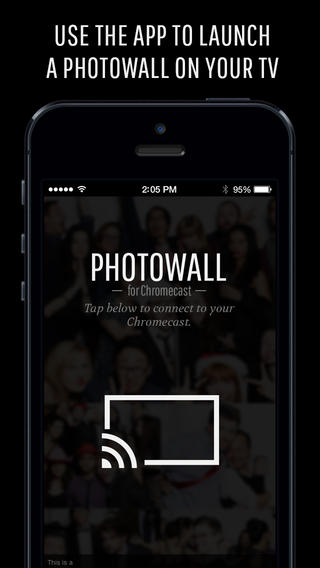 Conceived as a collaborative photo sharing “Chrome experiment,” the software uses your iOS device and Google’s inexpensive $35 Chromecast HDMI dongle to allow anyone to beam their photos to a Photowall on your Chromecast-equipped TV, creating an interactive collage of memories.

What’s more, YouTube will automatically generate a video of your Photowall to show off to friends who don’t own a Chromecast. The app is now live in the App Store…

As seen on the screenshots top of post, you can even doodle on your photos and annotate them before beaming whole collages of images to your big screen TV.

Contributors can add photos to your Photowall collection even if they don’t own the Chromecast, using a handy web app to upload images to your collection.

Photowall for Chromecast is a new Chrome Experiment that lets people collaborate with images on the TV – using phones or tablets. Anyone can take a picture and send it to a Photowall to instantly see it on the big screen.

When you’re finished, a YouTube video of your Photowall is automatically generated. Perfect for sharing with everyone who took part.

It’s interesting the app made its debut on iOS instead of Android.

Download Photowall for Chromecast free of charge from the App Store.

The installer comes in at just 2.9MB and is universal so the app runs natively on your iPhone, iPod touch and iPad running iOS 6.0 or later.

What do you think about Photowall?

Will you be giving it a try?