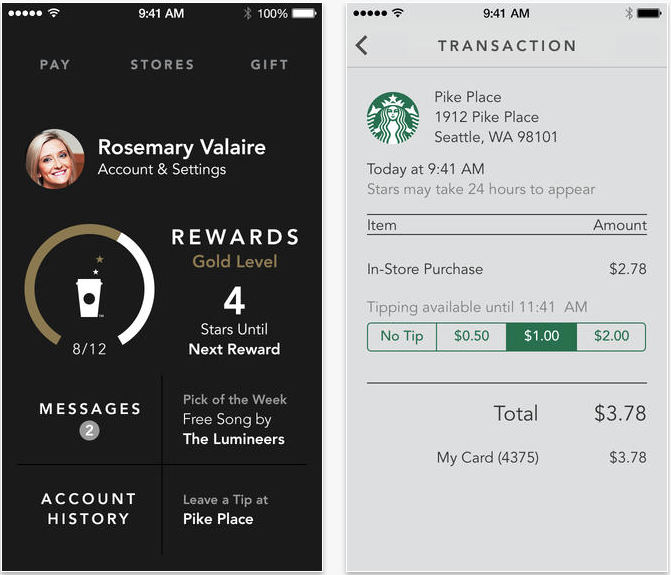 That big Starbucks app update we told you about last week has arrived in the App Store today. The update, which brings the client to version 3.o, includes the long-awaited redesign for iOS 7 as well as a handful of major new features and improvements.

On the new features side, we have shake-to-pay, which will allow you to bring up your barcode with the flick of a wrist to pay for your Starbucks order. There’s also a new digital tipping function that lets you tip your barista, and a new Dashboard view…

From the 3.0 release notes:

The official iPhone application from Starbucks has been completely redesigned, bringing you an improved interface, a more personal dashboard experience, digital tipping and other great features.

For those who have never used the Starbucks app before, it’s perhaps one of the most functional mobile apps for a food/drink chain available. You can use it to pay for your order, track your rewards and card balances, send gifts, receive offers and locate stores. 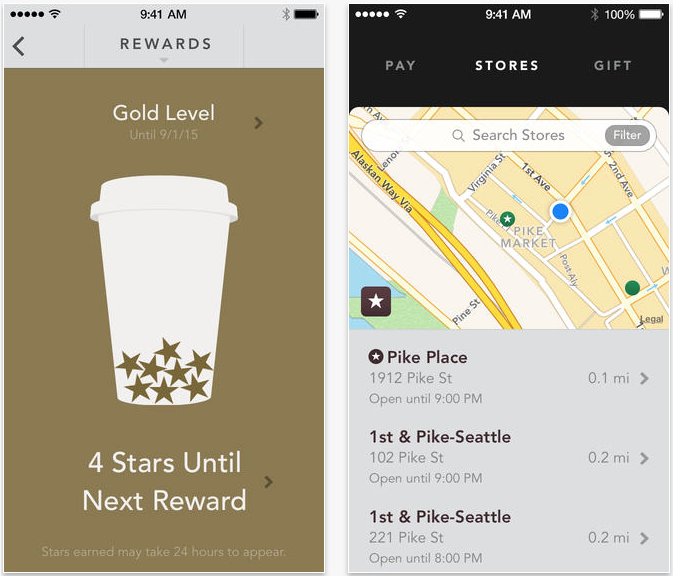 If you’re interested, you can find the latest version of the Starbucks app in the App Store for free (if you don’t see 3.0 right away, give it a sec as it still seems to be rolling out). It’s for the iPhone only, and note you will need to re-login to your account after updating.