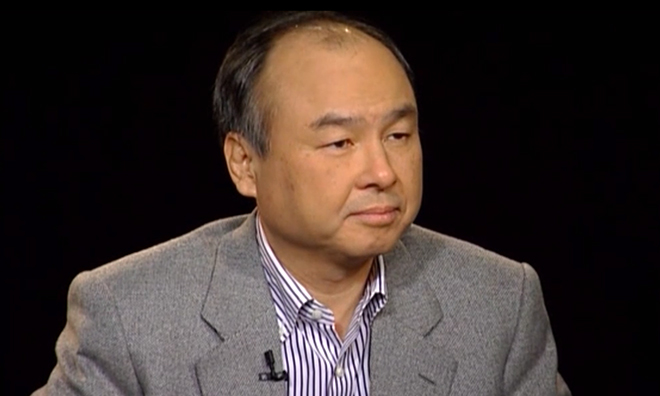 During a television interview with Charlie Rose that aired this week, SoftBank’s CEO Masayoshi Son told an interesting story of how he landed the iPhone in 2008. Apparently Son met with Steve Jobs two years before Apple launched the infamous handset to discuss…smartphones.

Son told Rose that he arranged a meeting with Jobs solely to show him a crude sketch of an iPod with mobile capabilities. Obviously, since the iPhone project was already well underway, Jobs didn’t need the drawing, but the meeting still spawned a relationship between the two…

Bloomberg has some of Masayoshi’s comments from the interview (via AppleInsider):

“I brought my little drawing of an iPod with mobile capabilities. I gave him my drawing, and Steve says, ‘Masa, don’t give me your drawing. I have my own,'” Son recalled during the “Charlie Rose” interview. “I said, ‘Well, I don’t need to give you my dirty paper, but once you have your own product, give me for Japan.’ And he said, ‘Masa, you are crazy.'”

Interestingly enough, at the time, Masayoshi Son didn’t control a wireless carrier. In fact, he had little credibility in the mobile world other than the fact that he was a young entrepreneur who had made millions off of selling his own tech companies and making savvy investments in others.

“According to Son, Jobs said, “We have not talked to anybody, but you came to see me as the first guy. I’ll give it to you.” The negotiation continued, as Son asked that Jobs put in writing that Apple would give him exclusivity for the Japanese market. Jobs’s reply? “‘No! Masa, I’m not going to sign for you because you don’t even own a mobile carrier yet!’ And I said, ‘Well, look, Steve, you promised me. You gave me your word. I bring a carrier for Japan.'”

And he did. SoftBank bought Vodafone Group’s Japanese unit in 2006 for some $15 billion, and the carrier inked a deal with Apple in 2008 to carry the iPhone. The company is still ranked the #3 wireless provider in Japan, but it prospered for years as an exclusive iPhone partner.