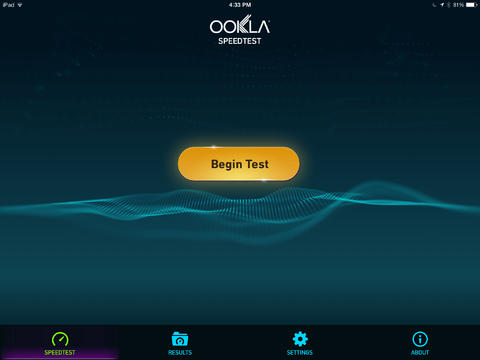 Speedtest.net, a free broadband connection analysis service founded by Ookla in 2006, has a nice mobile app for various platforms.

This nifty little piece of software lets anyone easily measure the speed of their Internet connection, be it cellular or Wi-Fi. Released back in January 2009,  the app used to run natively on the iPhone and iPod touch only, but not anymore.

Thanks to the latest version 3.2 update, Speedtest.net now runs natively on the iPhone, iPod touch and iPad and has support for landscape mode on the Apple tablet. This version of Speedtest.net, available free of charge in the App Store, also comes with a few minor tweaks, listed below the fold…

Speedtest 3.2 has “many performance optimizations and bug fixes” and an improved server selection user interface with the speedometer now dynamically adjusting for high-speed connections.

With Speedtest.net, you can measure your Internet connection’s performance in order to troubleshoot or verify the speed you were promised by your service provider.

It’s biggest selling point is easy of use: you just tap on the big Begin Test button and the app automatically pings nearby servers to discover the fastest one.

I also love its real-time graphs that show the connection consistency and speed (your Download, Upload and Ping). Other capabilities include the ability to track past tests with detailed reporting, easy sharing of your results with anyone and more.

And here’s the iPad UI in landscape mode. 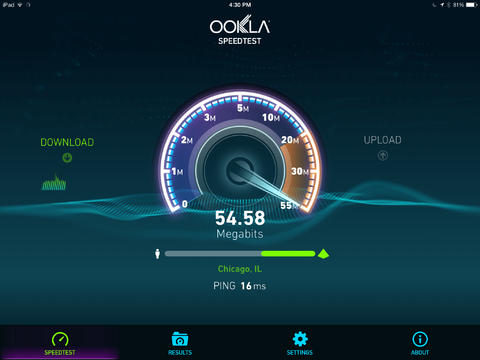 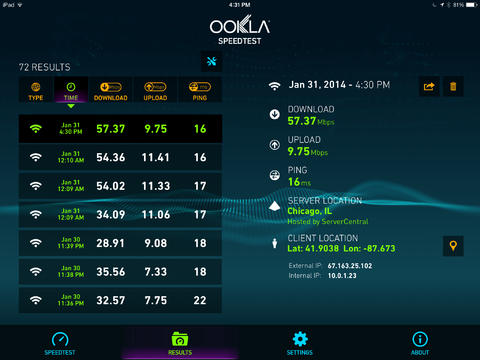 As noted by a commenter, there’s a grumpy cat called Ookla. Just pull the speedometer down and the Ookla cat will present itself, here it is on an iPhone. 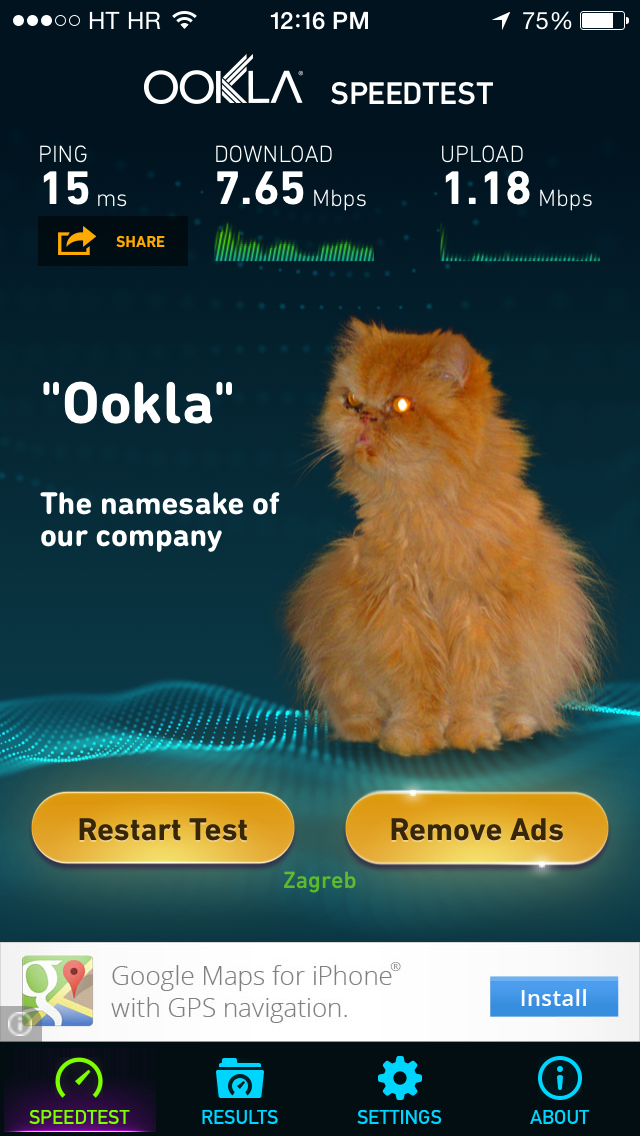 Speedtest.net is ad-supported, but you can remove advertising via a one-time $0.99 in-app purchase, if you want.