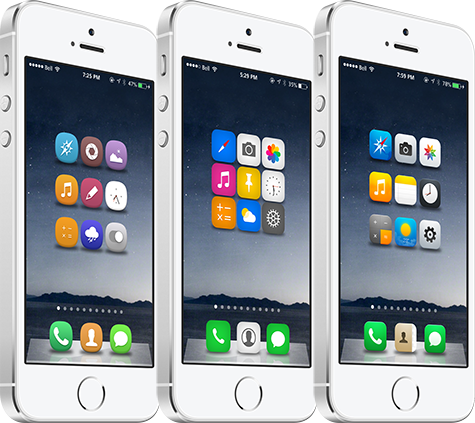 It is already March and time for the sixth edition of Theme Thursday, a weekly roundup that features some of the best Winterboard themes for iPhone, iPad and iPod touch. Even over three months since the iOS 7 jailbreak was released, there continues to be a number of high-quality theme releases each week. Ayeris captured the attention of the jailbreaking community last week, and this time around we present you with Habesha, Mary and Myrea… 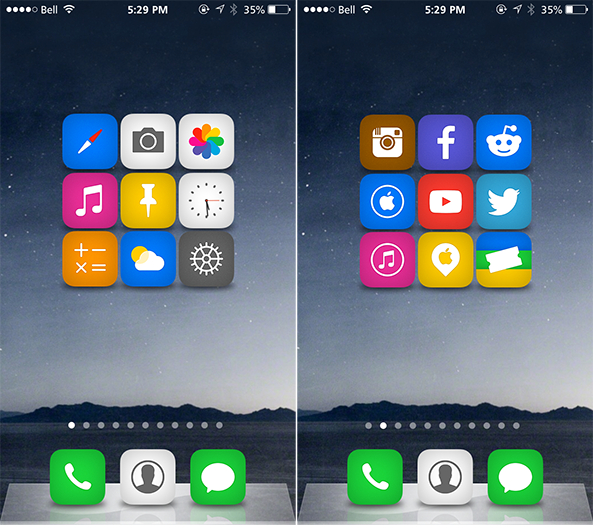 Andreas Larsen, best known for Circul8, has returned to the scene with a new theme called Habesha. The custom icons included are considerably flat with mainly white glyphs, and look quite nice. My only gripe about this theme is that the Facebook icon has more of a purple hue than blue, which is rather unrealistic.

Habesha, like other themes, can be further customized using additional jailbreak tweaks. Iconoclasm was used to set a 3×3 sparse icon layout and IconOmatic was used to overlay icon shadows and remove app labels. Habesha is free on Cydia in the ModMyi repo for iPhone, iPad and iPod touch. iOS 7 or later. 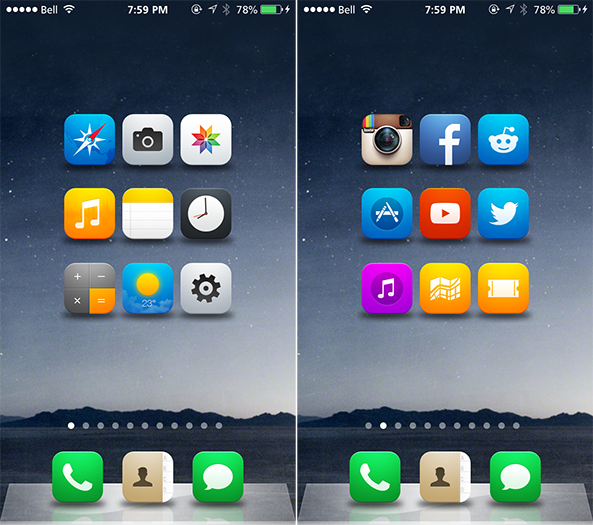 Eduardo López is one of the most impressive graphic designers in the iOS theming community. He is renowned for his work on Soft Remix, one of the most popular themes available and a definite personal favorite. The designer has since followed up with Mary, a well-designed theme that doesn’t stray too far away from the stock iOS appearance.

Mary features small and bright icons for several stock, third-party and jailbreak apps. Additional icon requests can be sent to López by reaching out to him on Twitter (@MagWhiz), where he also posts updates about his themes and other work. Mary is available now on Cydia for free in the default BigBoss repo for iPhone and iPod touch. 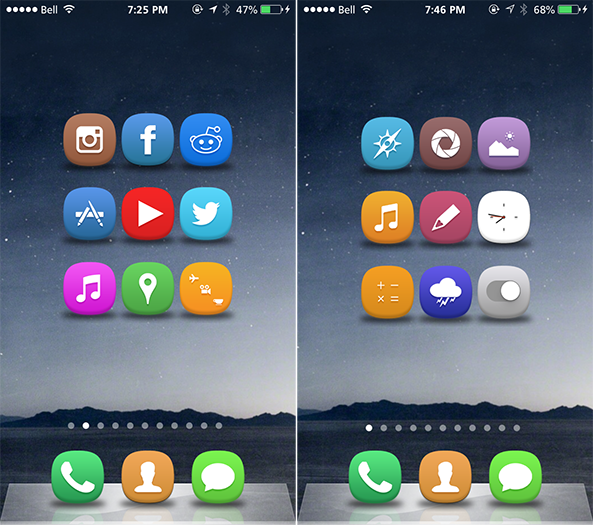 Once in a while, a beautiful theme is released that goes completely under the radar. That is why when BestCydiaTweaks brought Myrea to my attention, I was genuinely excited. Myrea is a brand new theme that adds depth to the Home screen, with circular icons that are based on a colorful palette with embossed edges. The same icon mask is applied to non-themed icons.

Myrea is available now on the Cydia Store for $1.99. The theme is currently designed for iPhone and iPod touch only, as designer iulianba from Reddit does not have an iPad to test the larger screen. If you are looking for similar alternatives, consider MeeGo or one of several MIUI theme variants available.

As always, we invite you to share your own favorite themes in the comments section below. If we like them, they could be included in a future Theme Thursday edition. If you have created a theme yourself, and would like to be featured in this roundup, your best advice is to connect with me on Twitter (@rsgnl) with a screenshot and details. If the theme has a price tag, please gift it to Cydia ID 6107077 for consideration.

What do you think of Habesha, Mary and Myrea?