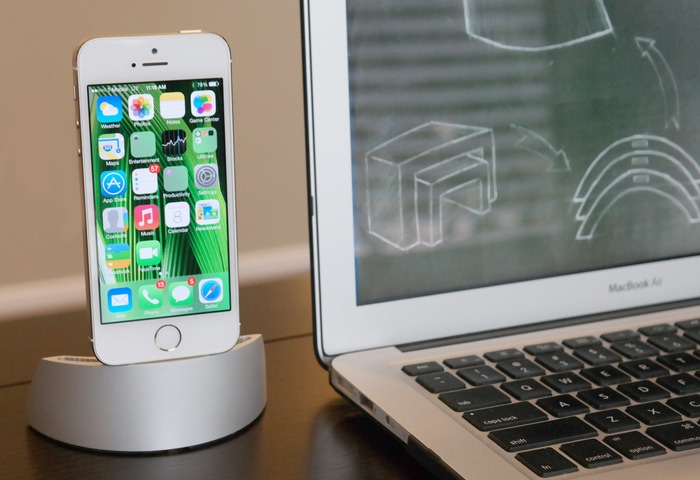 The Arq, a new Kickstarter project, seeks to solve the problem of charging multiple devices simultaneously. This cleverly engineered accessory lets you charge multiple form factor iOS and Android devices individually, via either Lightning or micro USB. And thanks to its modular design, devices can be charged in groups or closely nested together, because Arq docks can be conveniently nested together, all within a small footprint.

To give you the exact idea of the Arq’s size, each measures 1.85 inches deep, 4.03 inches wide and 1.38 inches tall. There are also nano micro suction pads on the bottom that keep the Arq firmly anchored to smooth surfaces for easy undocking, as seen on the Slope iPad stand I recently reviewed…

Here’s from the Arq’s creators, Jelena Tomic, Bojan Smiljanic and Adewale Adelusi-Adeluyi of B&A Studio, who are also behind the Modo and QooQi Kickstarter projects.

Arq dock was inspired by the utility and space saving features of nesting furniture. CNC machined from aircraft grade aluminum, bead blasted and then anodized for an exquisite finish. Arq docks will compliment any environment you place them in to showcase your devices

The Arq works with the iPhone 5/5s/5c, iPad mini, iPad Air, as well as with smartphones and tablets from Samsung, Sony, HTC and others.

Pictured below: the Arc docks used nested together (left) and individually (right). 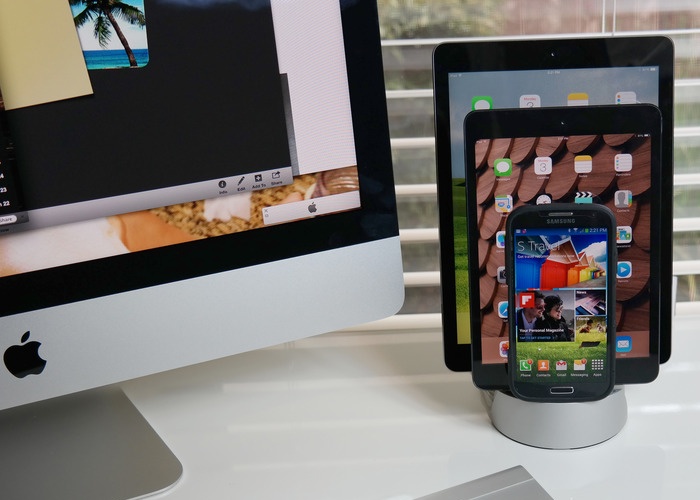 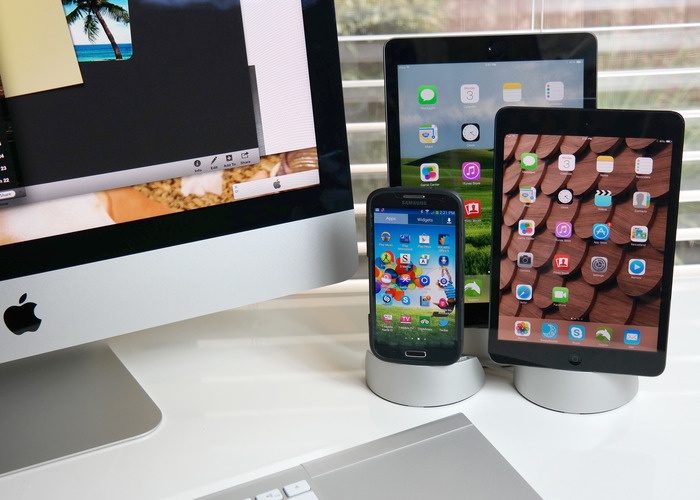 The dock features adjustable back support for protection for the device surface, dedicated spaces for protective flaps and adjustable conector heights from 0 to 9mm, allowing it to dock your iPhone and iPad devices with cases and battery packs, as seen below. 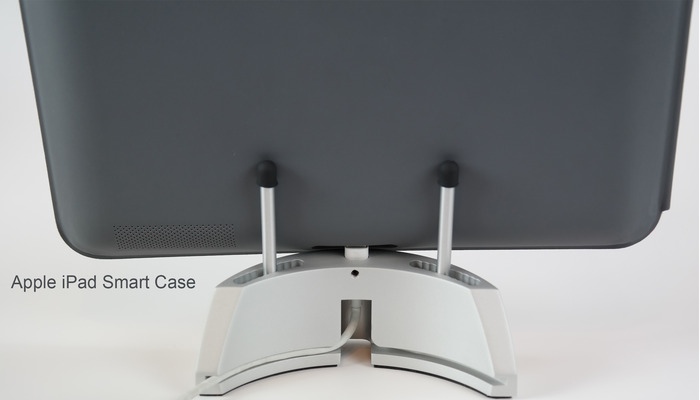 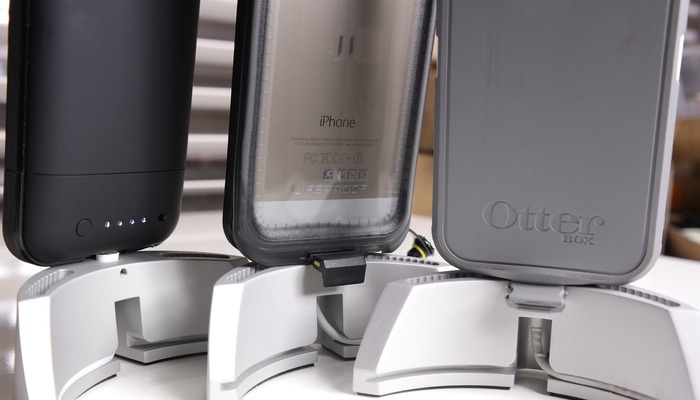 And here’s the Arq introduction video.

And this is how you use the Arq.

A single Arq will set you back a bearable $35.

Two or three modular Arq nesting docks are valued at $65 and $90, respectively. The Arq will be available in Apollo Silver, Titan Red and Aurora Black.

UPDATE: the company told me via email that they were able to found a better way to manufacture these things by extruding the main dock body, which saves a ton of money from machine time for CNC.

In turn, they cancelled the project and will be relaunching it by removing the old pledge of $35 with a new one of just $19 (even though they were already 95 percent funded). I’ll update the article when they launch again with the new pricing.

In the meantime, hop over to the Arq’s Kickstarter page for more information.