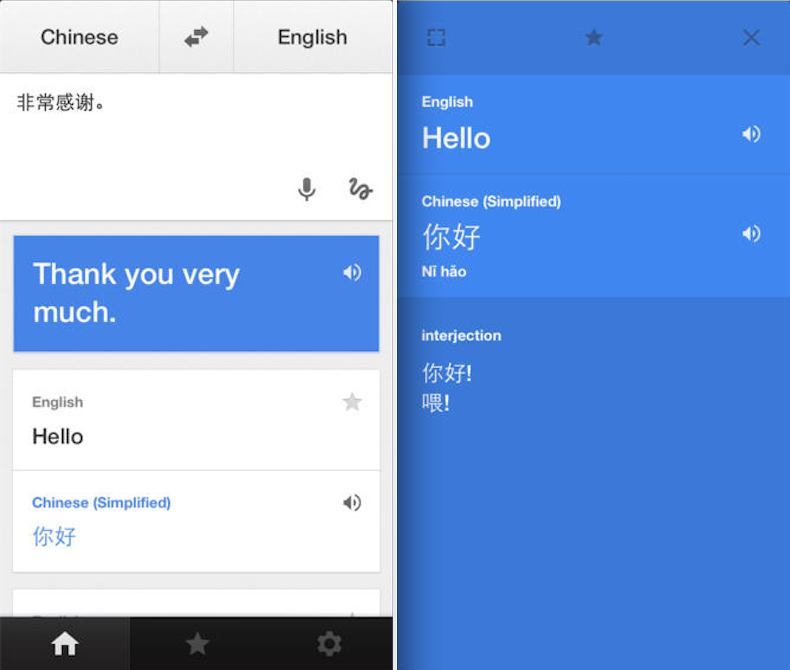 Google posted an update for its popular Translate iOS client today, bringing the app to version 2.1. The update includes various UI improvements, including the new iOS 7 keyboard and status bar, as well as support for new languages.

The new keyboard is great, as it brings the app in line with other iOS 7 apps, and the same goes for the transparent status bar. And as for the additional handwriting languages support, it includes Arabic, Hebrew, Maltese, and more…

Here are the release notes for version 2.1:

I’ve been using Google Translate for years, translating emails, tweets and most of all websites. I love the app, and it’s one of the more accurate I’ve found. I won’t use any of the new handwriting languages, but the iOS 7 updates are nice.

At any rate, if you want to check it out, you can find the latest version of Google Translate in the App Store for free.