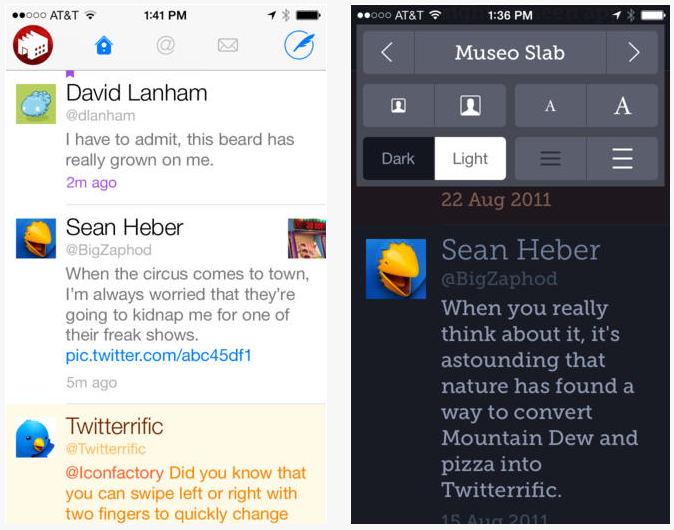 Twitterrific users will be happy to hear that the iOS Twitter client has been updated this morning, bringing the app to version 5.6.1. The update brings about a handful of new features, as well as several improvements and bug fixes.

On the new feature front, The Iconfactory has added both streaming searches and conversation views (over wi-fi), as well as the ability to customize navigation tabs by tapping and holding. Keep reading for the full release notes…

Here are the release notes for version 5.6.1:

Today’s update comes less than a month after Twitterrific’s big 5.6 update, which brought about major new features including live streaming (over wi-fi), list management, images in DM and more. So the app is really beginning to fill out.

If you’re interested, you can find the latest version of Twitterrific in the App Store for $0.99 (or free for current owners). It’s a universal app, so it works on both iPhones and iPads, but it does require that you be running on iOS 7 or later.