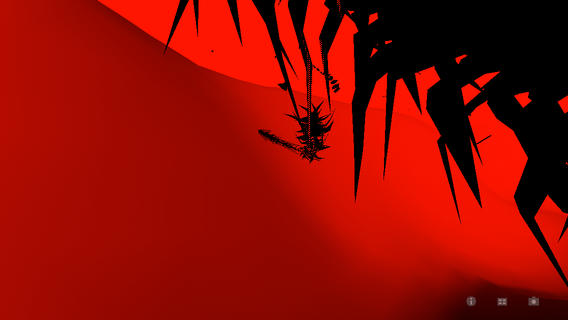 It was 1993, I had recently graduated from high school (I know, I’m outing my age right now), and “Creep” was the feel-sad hit of the summer. I may never have become an ultimate fan of the band, but Radiohead was fairly innovative and ahead of its time. They’ve always held a spot in my heart for that.

PolyFauna is an app that the band recently launched in collaboration with art design studio Universal Everything. This app was brought about as an inspiration to Radiohead’s 2011 release “Bloom” from “The King of Limbs” album…

Users are presented with a visually immersive computer generation of a simplistic, shadowy landscape. Using augmented reality, you can look around the area by moving your device around. Even if that is all you do, the app is impressive. However, you can also create your own shapes by dragging your finger across the screen. As you cut into the landscape with your swipe, it will transform into another shape. Thick lines turn into striped triangles. Swirls convert into squiggly lines. Your shapes don’t sit still either. They will come to life and swim around in their new environment. 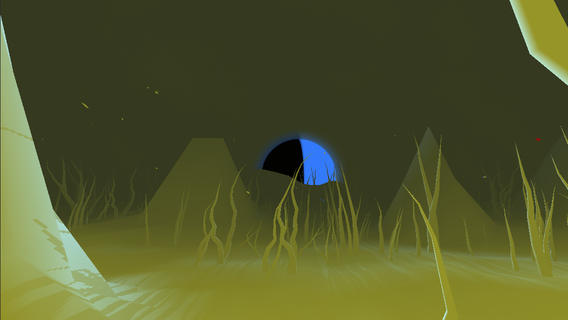 When you are ready to move to a new landscape, find the red dot. If you manage to follow it for long enough, it will come right to you and explode into a new design. Landscapes look like dark blue forests, blood red valleys, and alien-like planets. Each time you follow the red dot, you will be transported to a new landscape.

If you see a particularly interesting image (everything in this app is pretty interesting), you can snap a picture of it using the in-app camera. You can also drag two fingers across the screen to rotate your view, but you must still tilt your screen up and down to look vertically. 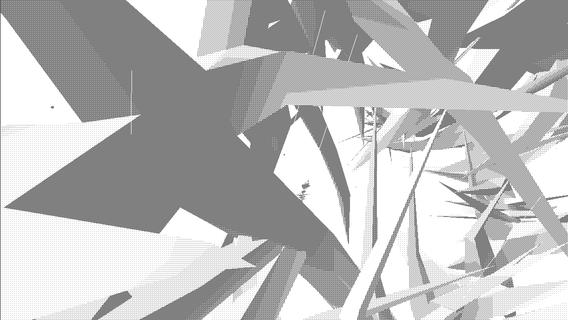 You don’t have to be a fan of Radiohead to enjoy this visually stimulating experience. In fact, the soundtrack consists mostly of the intro to the song that inspired the app. In fact, the version of “Bloom” that is looping in PolyFauna is a different version than studio recording.

If you find yourself wanting to learn more about Radiohead or the app’s designers, Stanley Donwood and Nigel Godrich, you can tap the info icon to access links to their various websites.

PolyFauna is free and available on the iPhone, iPad, and iPod touch. Download it in the App Store today