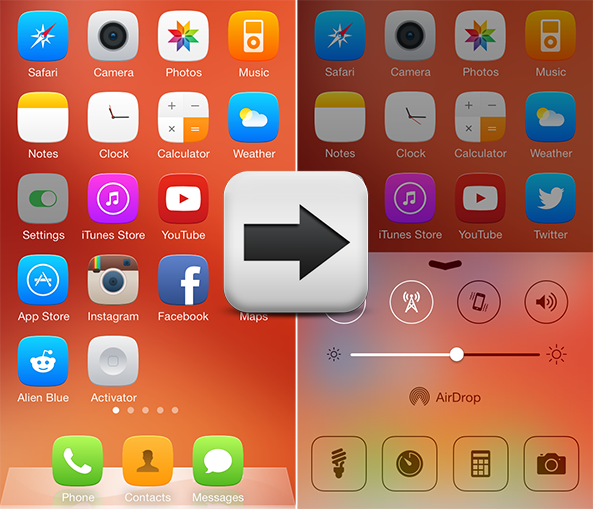 Activator is one of the most popular jailbreak tweaks available on Cydia, in addition to being part of the core functionality of several other iOS extensions. App Activate Pro is the perfect example, a new tweak that lets you assign an action to double tapping, triple tapping or long-hold tapping an icon on the Home screen. The actions are assigned using Activator and can be applied to all stock or third-party apps. Take a look…

App Activate Pro can be used to assign a variety of actions to app icons: double tap the Phone icon to dial a favorite contact, double tap Maps or Google Maps to start navigation home, double tap the Music icon to play or pause music, double tap the Mail icon to start composing an email, double tap the Facebook or Twitter icons to quick compose a new tweet or post respectively, and more. Three menus are added to Activator for configuring these actions.

It is hard to visualize these actions without a video, although the tweak does work as advertised on my iPhone. For instance, I was able to assign an action that causes Control Center to open when I double tap the Settings icon. There are dozens of both actions and apps, so App Activate Pro is really only limited by your imagination. Let us know which combinations you assign in the comments section down below. 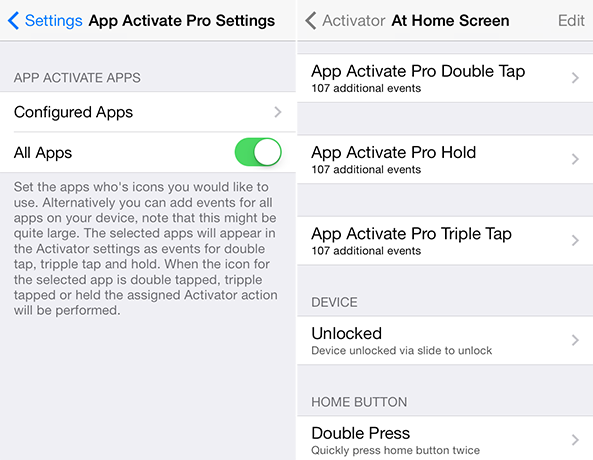 You can enable all apps or only certain ones to work with App Activate Pro by toggling them on in the Settings app. Worth noting is that the settings for this tweak were completely blank when I first installed it, but the developer has since pushed out an update that resolves an issue with permissions. App Activate Pro is available now on Cydia for 99 cents, compatible with all iPhone, iPad and iPod touch devices on iOS 7 or later.

Before you decide to purchase this tweak, keep in mind that Cydia developer Ryan Petrich already has this functionality built into his personal version of Activator on iOS 6. He hasn’t made a public release yet, however, as he still has to go through the process of supporting both iOS 7 and iOS 5 and earlier. It’s impossible to say if and when that will happen, but might be something worth waiting for.

As always, leave your thoughts about this tweak in the comments down under.