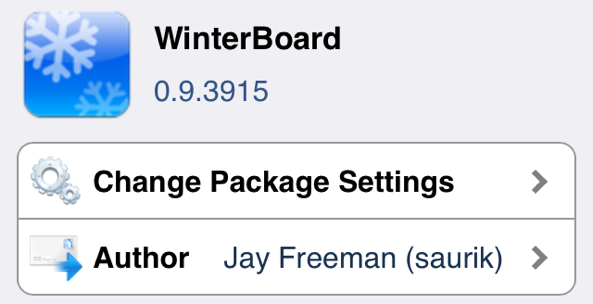 If you’ve tried any WinterBoard themes lately, then you’ve probably encountered the annoying status bar caching issue that causes themed status bars not to show up properly. Well, you’ll be happy to know that Saurik has released an update to WinterBoard that fixes the status bar issue.

Dubbed version 0.9.3915, this WinterBoard update fixes the status bar issues, solves a problem with WebKit transforms, and has a couple of other fixes up its sleeve. If you’re running any WinterBoard themes, then you’ll want to be sure to update as soon as you can. Check inside for the full change log. 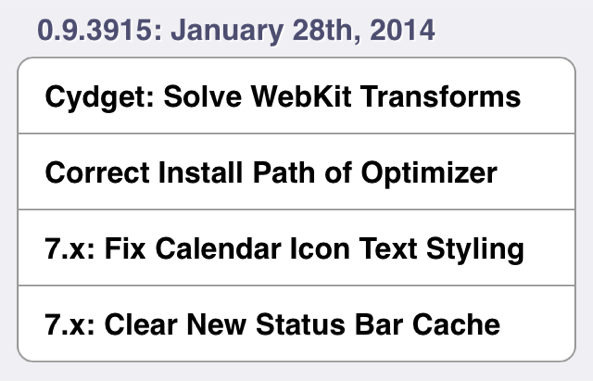 Here is the full list of changes that come with 0.9.3915. There are no new features to be found with this latest installment of WinterBoard, but you should notice increased stability.

I know that I personally encountered the status bar issue while testing out the latest version of Ayecon, so I’m happy to see that Saurik has taken the time to clean this up. Let me know if you find anything else significant about this release.