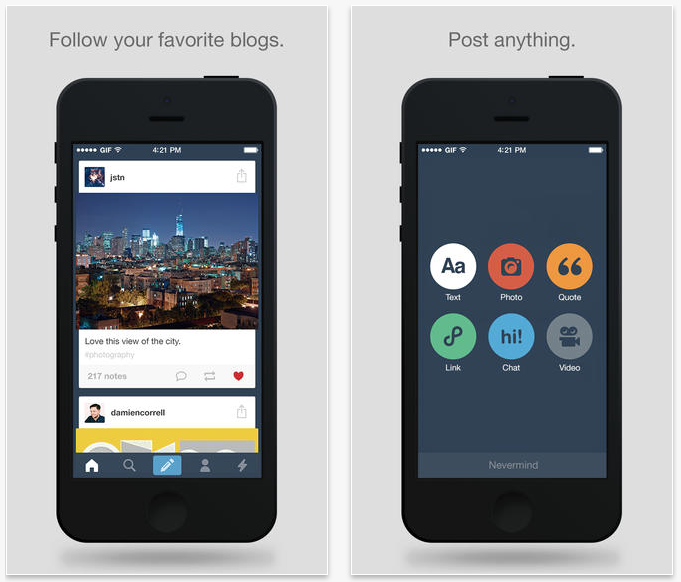 Good news for Tumblr users this afternoon. The micro-blogging site has posted an update for its iOS client, bringing the app to version 3.5.3. The update brings about a handful of improvements, and a major new user mentions feature.

Mentions work on Tumblr just like they do on other social networks. Typing ‘@’ and a username when you’re writing a post will generate a link to that person’s blog and push an alert to that person letting them know they were mentioned…

Here are the release notes from Tumblr:

“User Mentions! Just type @ and a username when you’re writing a post. We’ll create a link to their blog and let that person know that you mentioned them. They will be thrilled by this. If someone mentions you, we’ll send you a push notification, and then you too will know the thrill of being mentioned.”

I suppose it was just a matter of time before the mention feature reached the popular blog site, and at least the implementation seems solid. It adds a social layer to the service, which may potentially change the way some folks post and repost things.

Tumblr was purchased by Yahoo last year for just north of $1 billion, and the app was last updated in November. That update brought about a revamped UI design for iOS 7 including a total dashboard makeover, new compose screen, and much more.

If you’re interested, you can find the latest version of Tumblr in the App Store for both the iPhone and iPad, for free.