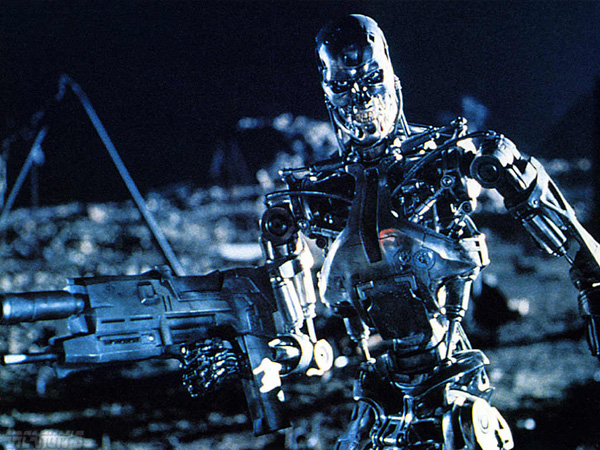 Google is getting closer to becoming SkyNet after laying its hands on artificial intelligence startup DeepMind Technologies for a reported $400 million, with some sources claiming as much as $500 million. According to a scoop by Re/code, a new project by former AllThingsD and WSJ journalists Kara Swisher and Walt Mossberg, Google has confirmed the deal but wouldn’t wouldn’t specify a price…

DeepMind only has a landing page and was founded three years ago by games prodigy and neuroscientist Demis Hassabis, along with Shane Legg and Mustafa Suleyman.

Sources in the AI community told Re/code that DeepMind, a formidable AI player, has a team of at least 50 people “with a strong focus on artificial intelligence.” The firm apparently competed with companies like Google, Facebook and Baidu for talent.

But given Google’s interest in robotics – Larry Page & Co. bought robotics outfit Boston Dynamics in November 2013 – I think DeepMind could be used for everything from drone package delivery to Google search to the company’s autonomous cars.

Google apparently is keen on challenging Amazon’s dominance in same-day delivery with its own service that would use miniature autonomous drones. One source indicated that Google’s long-term plans involve “use of self-driving cars and flying drones as means of delivery”.

The search giant has allegedly created an ethics board to ensure that the AI technologies it is developing are not abused, according to The Information. However, the structure of the board is unclear and that’s a little scary, don’t you think?