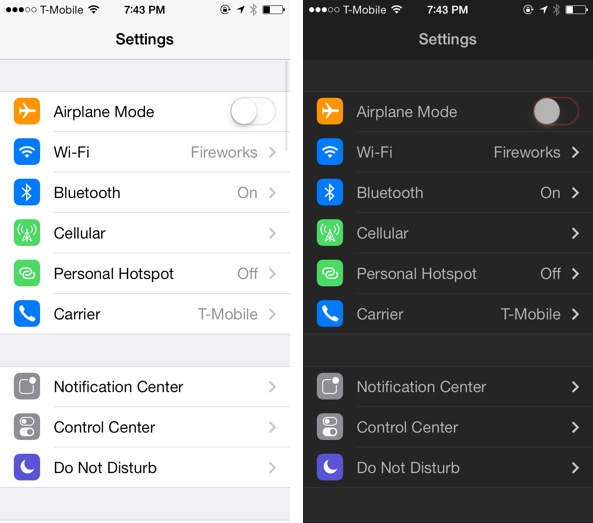 Eclipse is a new jailbreak tweak that brings a system-wide dark mode to iOS 7. The tweak, which should be available shortly on Cydia’s BigBoss repo, will cost $0.99.

Dark mode, or nighttime mode as it is often called, is beneficial when using the iPhone at night. It reduces eye strain caused by using a light (and bright) screen while in a dark environment.

Lots of standalone apps incorporate some sort of dark mode; Tweetbot is the one that instantly comes to mind, but iOS itself has never featured a true dark mode at the system level. Eclipse is seeking to change that. It’s not perfect, but the developer is on the right track. Full video walkthrough after the jump.

Once Eclipse is installed, head to the stock Settings app to enable Eclipse. In addition to the kill switch, you’ll find toggles to darken wallpapers and enable orange tint. You’ll also find one more toggle under the experimental section for darkening UIViews.

After enabling the toggles, you’ll need to kill every app on your iPhone. You should do so by opening the app switcher, and sliding up on every page to remove every app.

Not all of the apps play nice with Eclipse, but many do. You’ll notice apps like the stock Clock app, Messages, Mail, App Store, iTunes and others look good with Eclipse enabled. Other apps, like Mail, and the Phone app look good with the exception of a few areas. But apps like Calendar, Notes and Safari, don’t seem to work well at all. It’s going to take some experimentation to see which apps work well for you, and which don’t. 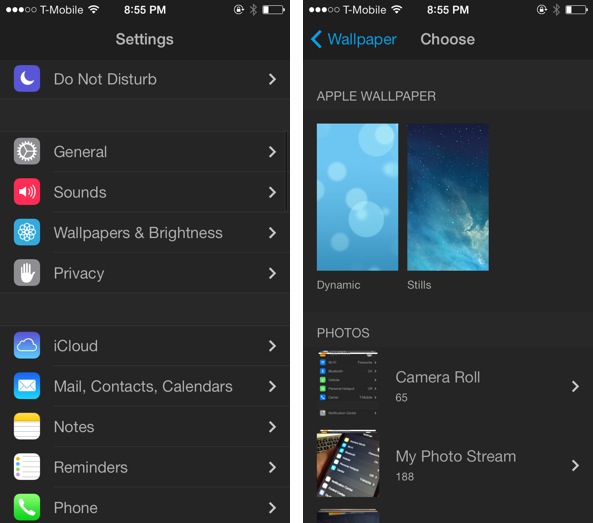 One of the most glaring issues comes about when enabling the experimental UIViews option and using it with the Calendar app. It’s a terrible looking combination, but to be fair to the developer, he did warn us that experimental features may cause some issues. 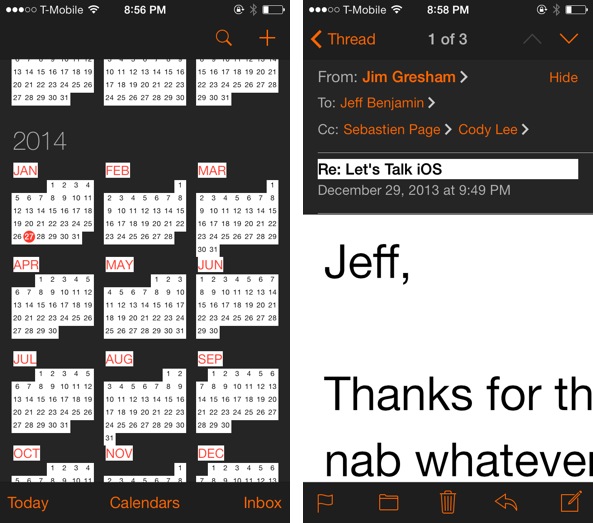 The aforementioned orange tint toggle turns all of the blue outlined buttons and blue text found throughout iOS as a whole into orange outlined buttons with orange text. It’s a good looking combination (black and orange), but black and blue is attractive as well.

The darken wallpaper option, according developer, Guillermo Moran, forces lighter wallpaper to take on a darker tint. The wallpaper that I used in the video walkthrough makes the effect hard to notice, but I can confirm that the lighter colored wallpaper is noticeably darker when this toggle is enabled. 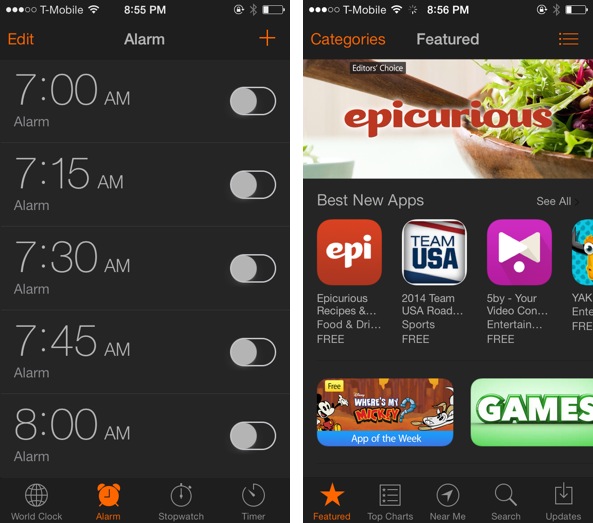 As you can see from this post and from the video walkthrough, Eclipse isn’t perfect, but it’s a welcomed step in the right direction. For anyone who uses their iPhone in the dark, you probably already understand how beneficial such a feature can be.

As stated at the outset, Eclipse should be available any moment from Cydia’s BigBoss repo. It’ll be $0.99 once it touches down, and it’s an iOS 7 and iPhone only release.

What do you think? Share your thoughts about Eclipse in the comments below.