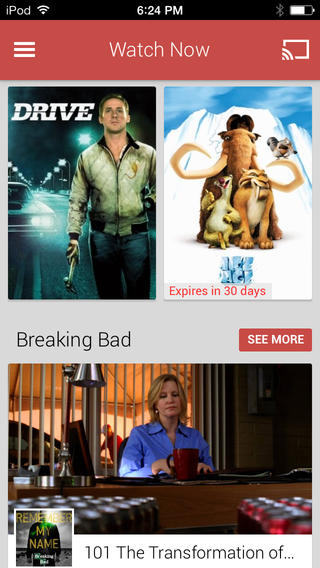 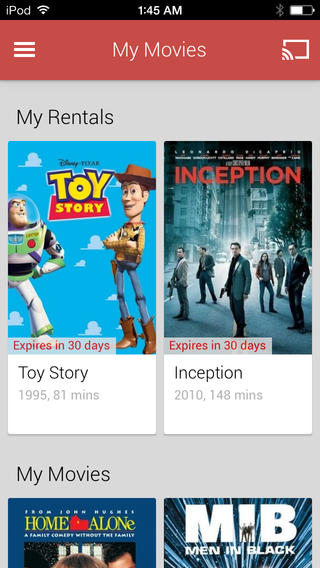 After Google Play Books and Google Play Music, the Internet giant Google on Wednesday has finally released the official Google Play Movies and TV application for the iPhone, iPod touch and iPad devices.

A free download from the App Store, the software allows you to access those purchased or rented movies and television shows you bought in Google’s Play Store.

With this move, Google has completed a trio of software offerings that make it easier for people on the Apple platform to enjoy media bought from Google’s content store. Die-hard Apple fans may not care much, but those who happen to use both iOS and Android will appreciate that Google is catering to Apple users with these apps…

Note that television shows are region-dependent and are currently available in the United States, Japan and the United Kingdom. 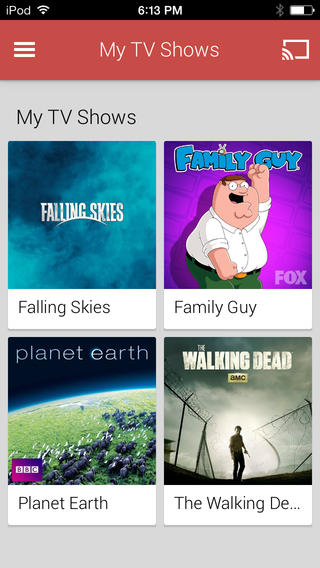 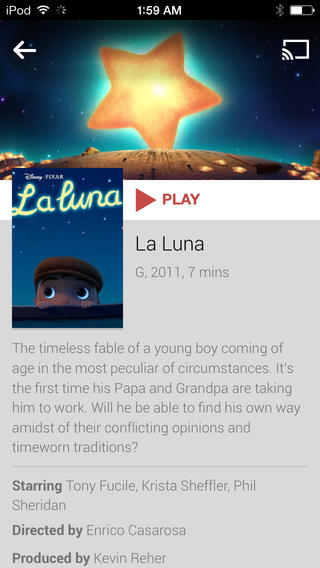 Watch your favorite movies and shows instantly on your iPhone, iPad, or iPod touch from wherever you are. Buy or rent movies by visiting Google Play Store on any computer and watch them from any device over Wi-Fi using the Google Play Movies & TV app.

Unfortunately, you can’t actually buy movies and TV shows from within the app due to Apple’s restrictions (read: Google didn’t agree to share 30 percent of revenue with Apple). On the flip side, it’s nice they’ve included Chromecast support for easy video streaming through Google’s $35 HDMI dongle.

So there you have it: you can buy or rent movies and TV shows on the Google Play store on the web – and often cheaper than from iTunes – and stream those purchases, not only to the iPhone, iPod touch and iPad devices, but also to Chromecast-equipped TV set.

Buy or rent new release movies and next-day TV shows by visiting the Google Play Store on your computer (play.google.com), and then watch them instantly using the Play Movies & TV app on your iPad, iPhone, or iPod touch.

Best of all, you can use Chromecast to watch your Google Play movies and TV shows on any HDTV, simply cast them from your iPhone or iPad to your TV.

And a pair of iPad screenies here. 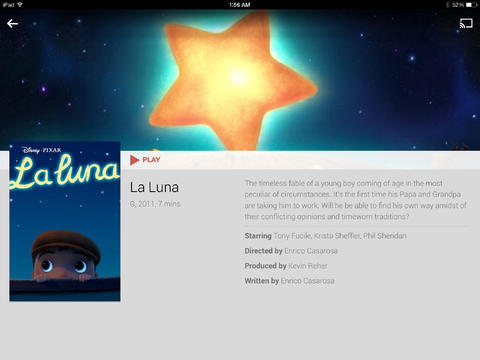 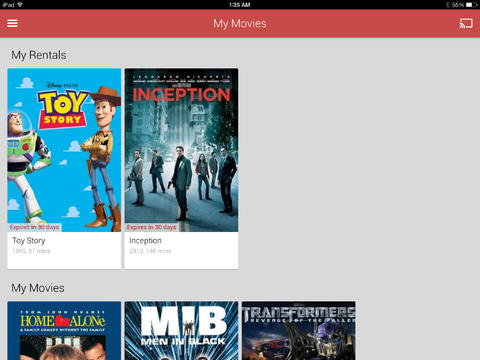 Sadly, offline playback functionality is not supported. That’s a big miss as you can’t download media over Wi-Fi for offline playback when you don’t have an Internet connection. And there are no info cards when you pause the movie, like on Android.

And as a “bonus”, videos play in standard definition on the iPhone. Strangely enough, when streaming through Chromecast, movies and TV shows are rendered in full HD glory.

I have no doubt in my mind that Google will dutifully add the missing features in future updates. Design-wise, the app is flat and appears to follow iOS 7 design recommendations, although some would say it’s more in line with the general look of Google Play apps on Android.