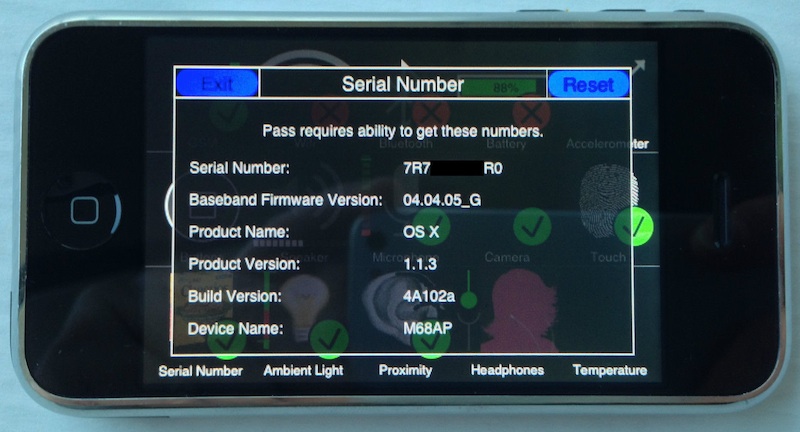 An alleged iPhone prototype sold on eBay this morning for a staggering $1500. The handset appears to be in excellent condition, and the screenshots provided by the owner show the device running what looks like Apple’s internal diagnostic software.

The seller specifically calls it an ‘original iPhone engineering prototype,’ with signal strength measurements etched on the rear casing. And he says he’s selling it because his wife told him he had “too much stuff” and he needed to reduce his collection…

Here’s an excerpt from the item’s eBay description:

“Here it goes! My wife says I have too much stuff, so I have to reduce my collection. I am selling a very rare original iPhone engineering prototype. These were used to test the iPhone’s various features. To do so, a special test software was installed, which is still running on the device perfectly.
This is device is especially rare, as it shows the initial iOS version installed and the signal strength values etched on the back. This was done by Apple internally and is guaranteed genuine. I am collecting Apple products for ages and I know of only 5 such devices in existence, I saw another one a few weeks back on eBay, but the auction was stopped ( possibly by Apple ).”

The seller reiterates that because the device is a prototype, it doesn’t run a full version of iOS in its current and state and it won’t make phone calls. It’s just a collector’s item, he says, as he cautions that Apple could stop the auction or transaction at anytime. 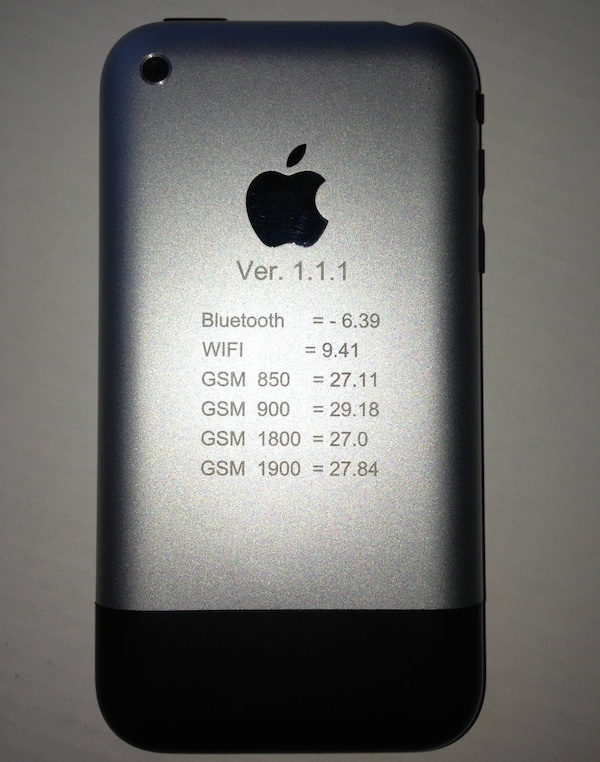 While it’s impossible for us to confirm the item’s legitimacy, the seller’s eBay name is ‘applefancollector’ and he’s been selling stuff on the site since 2003 with 100% feedback. That’s not definitive proof, but this certainly isn’t some kind of fly-by-night operation.

There were over 37 bids on the auction, and MacRumors points to a Reddit thread where the alleged buyer speaks out: “so I went ahead and bought it. I figured with the prices for older Macs being what they are, this would be worth a bundle in the future.”

What do you think? Was this a smart move, or did the buyer get suckered?